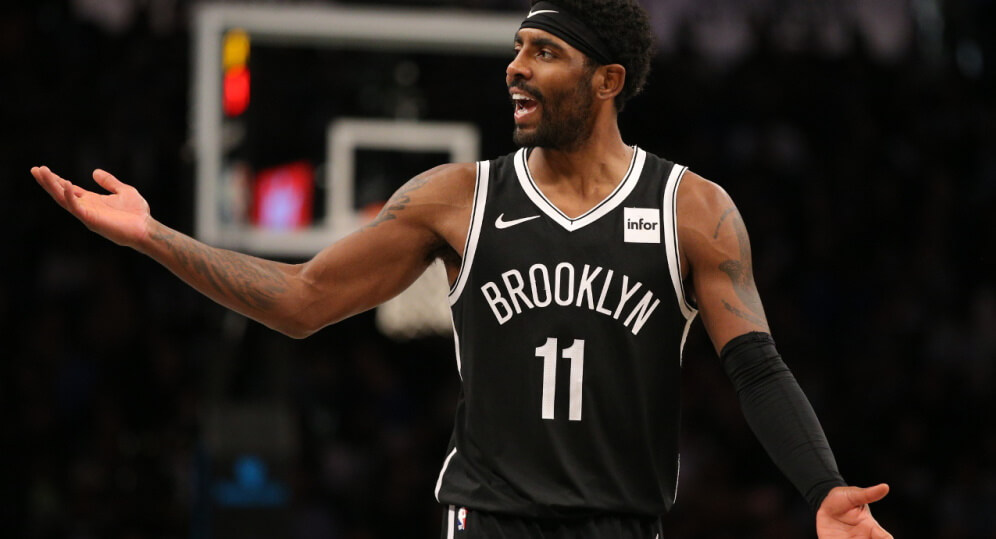 It’s officially October, the NBA preseason has begun, and we are exactly two weeks away from the start of the NBA regular season! This means it’s crunch time in regard to preparing for your fantasy basketball draft. This means trying to find some hidden gems at each position so you can get some extra value on your team for the upcoming season. With that, it is equally important to figure out which players you should avoid, as they may be looking at a down year, especially compared to where they are being drafted. So let’s dive into some of these value plays and guys to avoid, focusing on the shooting guard position.

While shooting guards might not typically be thought of as the most critical position in fantasy hoops, off-ball guards have developed some added value, with guys like James Harden and Paul George taking on more responsibility with running the offense. My colleague Bradford Nickerson touched on this in his shooting guard rankings, and the fact of the matter is that shooting guards are playmakers now too. So let’s take a look at some of the best and worst values at the shooting guard position, as finding the right players here could be the difference between a championship season or a wildly frustrating six months.

Despite an injury-plagued season, D’Angelo Russell still put forth solid numbers last year with 19.0 points, 5.8 assists, 1.1 steals, and 2.9 threes in just over 28 minutes per game. If he could even just replicate these numbers, any fantasy player would be very happy, especially since you could draft him well outside the top-50 overall. But now let’s consider the fact that these numbers seem like an absolute worst-case scenario, assuming he can stay healthy for the bulk of the upcoming season.

For starters, Russell averaged better than 21 points and six assists in each of the two seasons prior to last, despite playing for three different teams in those two seasons. Having to learn new offenses and develop chemistry with a new set of teammates every few months is no easy feat, especially for a guard who is largely tasked with running said offense. Now, Russell has already been with the Timberwolves since the tail-end of the 2019-20 season, so he should be more than comfortable with his teammates and his role within the offense.

On top of this, Russell should take a step forward as both a scorer and a passer, with Ricky Rubio no longer on the team. While Rubio is a solid team player who distributes the ball well and creates open looks for his teammates, his absence will allow Russell to take over as the team’s starting point guard in what should be a better overall season for Minnesota. Russell will be able to spend more time running the offense with the ball in his hands, and this should allow all of his counting stats to improve, especially as he likely gets back to minutes in the low to mid-30s now that he is fully healthy again.

Even more impressive is the fact that even though he will be entering his seventh year in the league, D’Angelo Russell is still just 25 years old! He has yet to enter his prime, and it is clear that he is still maturing as a player and a leader each year. Add all of these things together, and you have the making of a career year for a guy who has already made an all-star team. Assuming he is able to stay on the court throughout the year, which is admittedly no guarantee, D’Angelo Russell is in for a huge season.

The Houston Rockets might not be contending for an NBA title this season, but they appear to be an extremely fantasy-friendly team, that will push the pace and give heavy minutes to their young core. And a big part of said core is the 21-year-old Kevin Porter, who will function as the team’s starting point guard heading into the season.

In limited opportunities to this point, Porter has shown the ability to be a stat-stuffing machine, across all major categories. In 23 starts a season ago, Porter averaged 17.9 points, 4.0 rebounds, 6.5 assists, and 2.1 threes per game, though his 3.6 turnovers could use some improvement. Now in a starting role from day one, I am confident that he will improve upon each and every stat this year, especially with the Rockets looking like they could lead the NBA in pace of play. Given another offseason of development, and a full year to learn how to truly be a playmaker in the NBA, Porter could be one of the league’s biggest sleepers this year, let alone at the shooting guard position.

Paired in the backcourt with the electrifying rookie Jalen Green, this could potentially turn into one of the most exciting backcourts in the NBA, and it will certainly be one of the most athletic. If Porter can put that athleticism to better use on the defensive side of the ball, he could legitimately be one of the best guards in fantasy in terms of counting stats. There are only so many players in the NBA who are capable of a 50-point, 10-assist game, and he proved last year that he is one of them. The sky is the limit for Kevin Porter.

No more Lonzo Ball. No more Eric Bledsoe. The stage is finally set for Nickeil Alexander-Walker to explode in his third year in the league. Projected to start in the Pelicans backcourt alongside Devonte’ Graham, Alexander-Walker should have little trouble carving out a role as the third option on offense behind Zion Williamson and Brandon Ingram.

NAW has proven more than capable of producing strong numbers across the board when given the minutes, as he averaged 19.0 points, 5.0 rebounds, 3.0 assists, 1.1 steals, 0.7 blocks, and 3.1 threes per game in 13 starts last season. While maintaining 19 points per game might be difficult as the team’s third scoring option, there is no reason why he can’t build on the rest of these numbers, with a strong possibility of joining the small club of players who average at least one steal, block, and three-pointer per contest.

Still just 23-years-old, Alexander-Walker showed off this potential in last night’s first preseason game, dropping 22 points in just 21 minutes, tacking on two steals, a block, and a pair of triples. This level of production in all three categories is highly-coveted in fantasy hoops, and his ability to hit on all three makes him quite the steal with an average draft pick outside the top-100. Add in the nightly threat of scoring 20+ points, and we are looking at a true breakout candidate with consistent minutes at shooting guard. NAW is far from a household name at this point in his career, but he is going to turn a lot of heads once the season begins.

What a headache Kyrie Irving has become for the Brooklyn Nets. Before this offseason, both the organization and fans were already fed up with his random absences and some of the nonsense he would spew to the media. Now, he has created quite the dilemma with his anti-vax stance, due to the fact that New York has required at least one dose of the vaccine in order to work within the city. As a result, Irving is currently on pace to miss every single home game! And given his past reputation, this is a situation that might not simply resolve itself sooner or later.

With Irving projected as a second or third-round pick in fantasy, you are assuming an incredible amount of risk, especially given the level of talent that will still be available in the draft at this point. But let’s now assume for a moment that he does get the vaccine before the season begins, and he is ready for the home opener. We are still looking at an injury-prone shooting guard who will be turning 30 years of age during the season. He is the third option within the Nets offense, and while he is still very clearly an elite basketball player and one of the most talented players in the league, this looks like a situation where he will be much more valuable to the Nets than to your fantasy team.

With Brooklyn a lock for the postseason, there will almost certainly be rest and maintenance days, games where he doesn’t play the entire fourth quarter, and there will always be the possibility of him simply taking another impromptu midseason break. Kyrie is unquestionably a phenomenal basketball player, but at his draft price, you should be taking guys like Donovan Mitchell, Shai Gilgeous-Alexander, Jaylen Brown, or a number of other players who offer similar production without all the drawbacks.