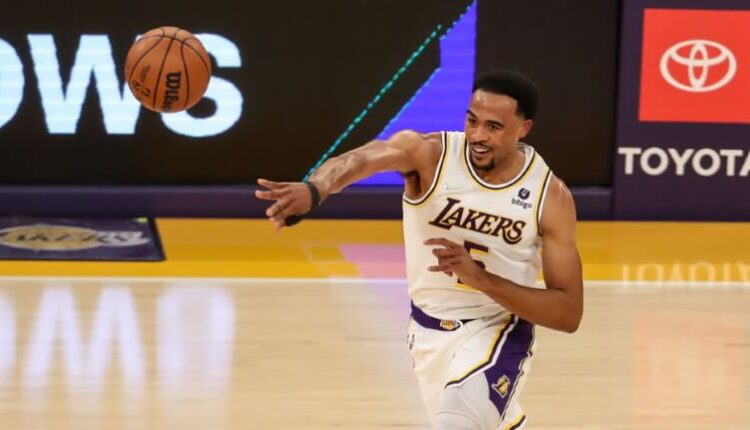 It is Thanksgiving Week, which means no NBA on Thursday. Other than that, the schedule is relatively typical for the week. The majority of the NBA is active on Monday, Wednesday, and Friday, while Tuesday and Sunday are the days with the least amount of games for the week.

The teams to target this week to add games are Los Angeles Lakers (4 games), Detroit Pistons (4 games), and the Los Angeles Clippers (3 games). Each of these teams plays on the low nights – Tuesday and Sunday.

After returning from injury, THT excelled in a high-usage role without Lebron James in the lineup. With Lebron back for one game, THT’s usage plummeted. THT was dropped by many so he might be on your waiver wire ahead of Week 6. THT is worth giving another try as he figures out his off-the-ball fit with the Lakers.

In deeper leagues, Malik Monk has a consistent role and is an option to add threes and points to your bottom line.

Detroit’s young center has been inconsistent and has found himself on waiver wires across 10 and 12 league formats. Stewart’s upside is desirable and with four games this week is a great addition both short-term and long-term if you need big man stats. Steward played Sunday, but keep a lookout for his injury availability before making lineup decisions after the elbow he got caught from Lebron James.

Killian Hayes, Frank Jackson, and Cory Joseph find themselves vying for relevancy in the Detroit backcourt. In deeper league formats, Hayes is the player to own if he is healthy, but if he misses time, Jackson and Joseph become useful.

Nicolas Batum is in Health and Safety protocol and will miss at least ten days, expect other Clippers to get more opportunities.

As always, an option to boost threes this week, with the upside of a big scoring game or two.

Gets minutes and is producing serviceable but not spectacular numbers. Solid option for this week if you need a deeper league play.

Bledsoe’s production is up and down, but his minutes are consistent. Will contribute steals and a moderate number of assists, with long-term upside.

Hartenstein’s role is steadily growing. Firmly around 20 minutes a game, Hartenstein has been productive across the board. The return of Serge Ibaka looms over his long-term role, but Hartenstein makes a great stream with upside for long-term productivity.