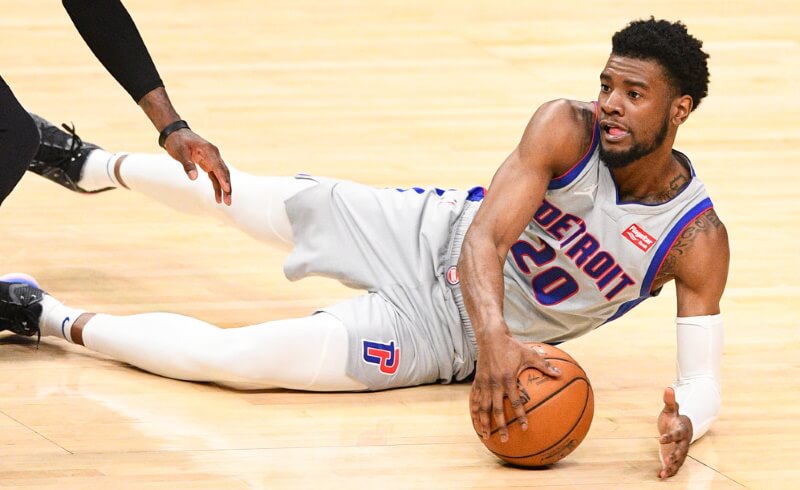 The schedule is getting spicy during the playoffs. This week brings chaos in the form of rest days, player shutdowns,  with a dash of COVID-19 protocol.

The majority of the league will be playing four games this week.  One team will play 5, and the rest of the teams play 3. The teams listed below are in order of easiest schedule.

Teams with 3games this week (9)

The Detroit Pistons play five games this week, including two back-to-backs to begin and end the week. The veterans will be rested.

Despite playing 20 minutes after missing one game, Josh Jackson remains a valuable fantasy commodity. In the last two weeks, Jackson is averaging over 16 points, 3.8 assists, and 0.8 blocks. Jackson’s value is steady with all the Pistons playing, but he becomes the focal point when the veterans sit. With five games this week, look to add Jackson.

Coming off a monster game on April 29, Isaiah Stewart is in a great position to finish the season on fire. In the last two weeks, Stewart has averaged 12 points, 10 rebounds, 1 steal, and 2.3 blocks per game. Stewart is a game-changer in blocks and rebounds and will provide more across the board as his minutes become more consistent. He might not available on your waiver wire anymore. If he is, pick him up.

In deeper leagues, keep an eye on Kilian Hayes. His minutes have been down which has led to less than stellar play. However, Hayes can produce in steals and assists. This is the time of year when rookies get more run. Again, Detroit plays five games this week, so this might be the time where Hayes’ minutes increase.

Kent Bazemore has had a great stretch for the Golden State Warriors. In the last two weeks, Bazemore has averaged 10 points, 2 threes, 7 rebounds, 3 three steals, and 1 block per game. Bazemore’s all-around production looks even better if Kelly Oubre remains injured. The Warriors play four games this week and have the most fantasy-friendly schedule. If you need a do-it-all player (and we all do), look for Bazemore on the wire.

Raul Neto has played great as a starter for the Washington Wizards. In the past two weeks, Neto has averaged 11.6 points, 1.6 threes, 3 rebounds, 3 assists, 1.4 steals, and 59% shooting from the field. Neto is a gem for deep leagues and is efficient from the field and the line. He commits few turnovers and gets steals –  categories that complement the stars on your squad.

Kendrick Nunn is playing major minutes. In those minutes, Nunn is averaging 19.5 points, 3.8 threes, 4.2 rebounds, 3.2 assists, on 52% shooting from the floor. Scoring is difficult to find on the waiver wire, making Nunn a valuable target with Miami’s four-game week.