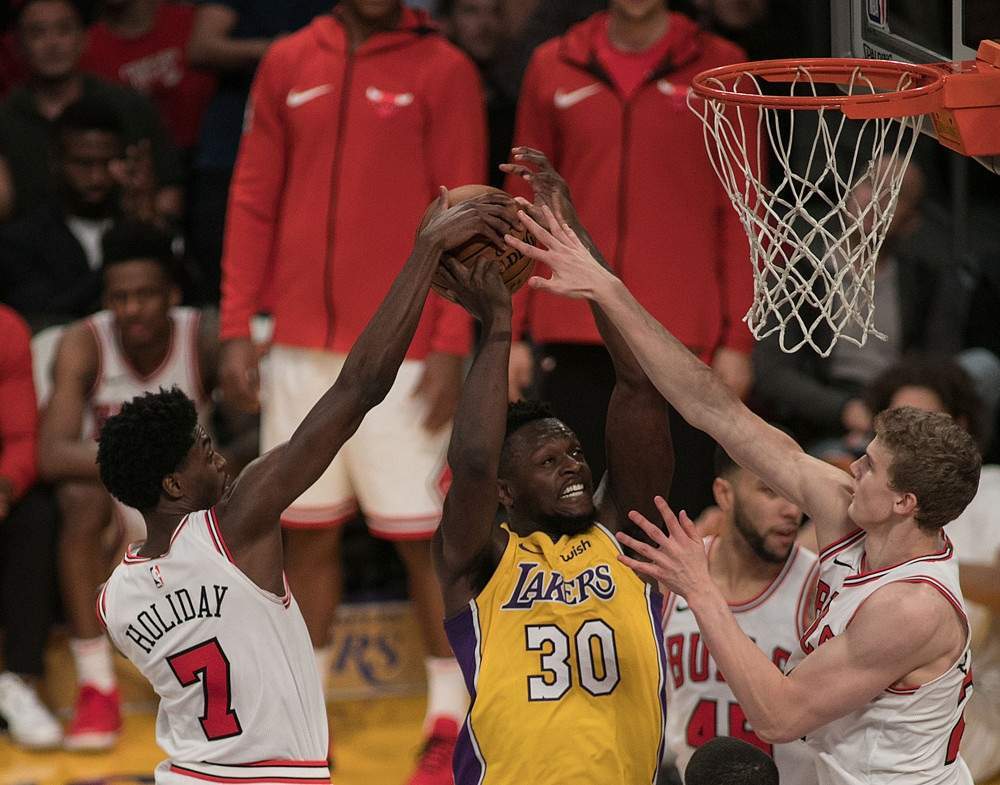 The Chicago Bulls sit last in the Eastern Conference, tied with the Atlanta Hawks, holding a 5-20 record. Head coach Fred Hoiberg was recently fired, allowing Jim Boylen to take up the unenviable role. Despite the dysfunction, the Bulls still have a number of fantasy relevant players, none more so than six-year player Justin Holiday. Holiday has carved out a role for the Bulls, allowing him to capitalize on his strengths, thus increasing his overall fantasy value.

Justin Holiday currently ranks as the 32nd best player in standard formats on the heels of his elite steal rate and three-point abilities. To put that in perspective, Zach LaVine is the 45th ranked player, Wendell Carter is at 87, and Jabari Parker is way down at 163. The Bulls do have Lauri Markkanen who has just returned from an elbow injury, and could impact Holiday’s production. Kris Dunn (knee) and Bobby Portis (knee) are also slated to make their returns in the coming weeks, and therein lies the question of playing time for Holiday.

Denzel Valentine (ankle) recently underwent surgery which will keep him out for the rest of the season, taking away what was likely to be the biggest direct threat to Holiday’s playing time. The return of Markkanen, Dunn, and Portis, while not directly affecting Holiday, could have a flow-on effect. Holiday will likely maintain his spot in the starting lineup, however, the minute distribution is going to be the point of discussion, and could vastly impact Holiday’s overall value.

Holiday is currently playing in excess of 35 minutes per game and that seems somewhat unsustainable, if not only based on the personnel around him. In Markkanen’s first two games back, Holiday played 26 and 41 minutes respectively with the 26 minutes the fewest he has played in a game all season. Whether this was a direct impact of the return or simply based on the matchup remains to be seen.

Dig into the numbers and things don’t appear to have changed all that much from last season. His scoring, rebounding, and assists have all increased but that is to be expected given the additional four minutes of playing time. The major differences lie in his steals and three-pointers which have increased substantially. He has taken his per-36 steal rate from 1.3 to 1.8 and three-pointers from 2.6 to 3.1. The perimeter scoring is also boosted by the fact his efficiency has risen from 36 percent to 39 percent despite the increase in volume.

An interesting side note to his three-point improvement is that he is taking almost three-quarters of his shots from beyond the arc. That number is well up from last season’s 57 percent which had been his career-high mark. The associated reduction in two-point attempts has resulted in Justin Holiday getting to the free-throw line with far less regularity.

The playing time is obviously going to be a determining factor in Holiday’s value moving forward and unfortunately, is not completely within his control. His spot in the rotation appears secure, however, the minutes could fluctuate between 25 and 35 on any given night. The exact distribution will remain unclear until all players are back in the lineup, placing a caveat on any current predictions.

Justin Holiday has a demonstrated ability to rack up steals and three-pointers and that is where the bulk of his value lies. They both ensure he should remain a fantasy commodity no matter the time spent on the floor. Despite being the 32nd ranked player, Holiday is still only rostered in 85 percent of all leagues, an indication that not everyone is aware of his value. A couple of questionable performances could see Holiday dropped in a number of leagues so it is worth keeping an eye on the waivers.

Got a question about this week’s fantasy basketball player spotlight? Hit Adam up on twitter @adamking91 or give a shout out to @Fantrax