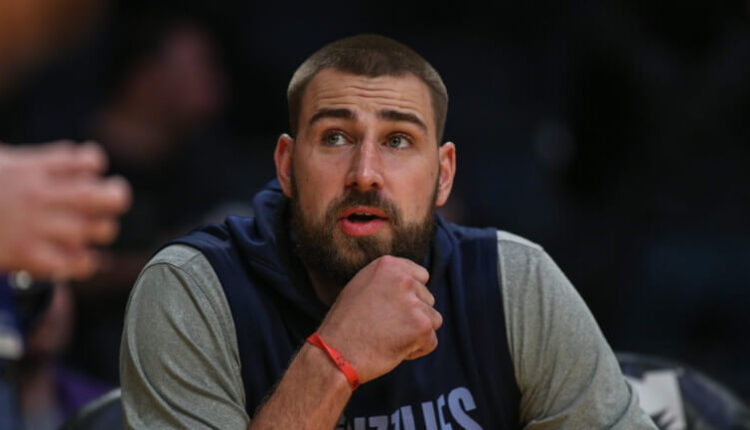 Fantasy Basketball is back! We all know fantasy basketball never truly stops, but if there was any doubt, it is all gone now after the first big trade of the off-season.  While it is quite difficult to make predictions during the most uncertain and volatile part of the NBA cycle (Draft Week and Free Agency) it is never too early to get a sense of where a player’s stock is trending. So let’s take a fantasy look at yesterday’s big trade between Memphis Grizzlies and New Orleans Pelicans.

*Due to salaries, this trade will be finalized when free agency starts on August 6, 2021.

Jonas Valanciunas is the best player in this deal. For a sparky Memphis Grizzles team in 2020-2021, Jonas averaged 17 points, 12 rebounds, 1 block, 77% from the line, and nearly 60% shooting from the field. Plain and simple Jonas is a talented center that can be a foundational element of a competitive fantasy team. With this deal, it appears the New Orleans Pelicans believe he can be a foundational element for their real NBA team as well. Expect more of the same from Jonas next year with the Pelicans. Despite being surrounded by high-usage players like Brandon Ingram and Zion Williamson, the Pelicans will seek to use Jonas a consistent presence throughout the game, but especially in the fourth quarter.

Once upon a time, circa 2018-2019, Steven Adams was TOUGH. During that NBA season, Adams played 80 games, averaging 14 points, 9.5 rebounds, 1.5 steals, 1 block, on 60% shooting from the field. Storytime is over. In 2020-2021, Adams languished as a New Orleans Pelican. In 58 games, Adams averaged 7.6 points, 8.9 rebounds, 0.9 steals, 0.7 blocks, on 61% shooting. The fit wasn’t good, but it will be better in Memphis. The scrappy upstart nature of the Memphis Grizzlies could be the perfect landing spot for Adams. Adams will set screens for Ja Morant and roll hard to the basket and commit to playing defense in the lane and at the rim. I don’t expect 14 points per game, but I do believe Adams can get over one steal and block per game again. Adams’ minutes may fall to the 23-26 area but will be a great punt Free Throw option in the later rounds.

Eric Bledsoe was not very good last year for the New Orleans Pelicans. Chances are he doesn’t actually suit up for the Memphis Grizzlies either. Bledsoe has 2 years left on his contract, with the second year partially guaranteed. My guess is that he will eventually be bought out and join a contender. Do not plan your offseason around Bledsoe but keep tabs on him in case he lands in a support role for a contender.

Did Jaren Jackson Jr. just get the keys to the kingdom? Well, let’s say the spare keys to the kingdom as we know Ja Morant is driving the Memphis Grizzlies. That being said, JJJ will get the opportunity to absorb a large amount of usage from Jonas Valanciunas’ departure. If he can stay healthy, Jackson is finally in for his breakout year. It is hard to project what JJJ’s numbers could be, but expect 20 plus points, 7 rebounds, 2 threes, 1.5 steal, and 2.5 blocks, 77% from free throws and, 48% shooting from the field. He can win you multiple categories in any given matchup, but he has never played more than 58 games in a season. Without a doubt, JJJ will be hard to resist come draft day. Factor in his health accordingly, but look to grab him in rounds 4-7.

Lonzo Ball is a fun player, but we won’t cover him in-depth here. His relevance to this article is that by trading Eric Bledsoe, Steven Adams, and the No. 10 Pick, the New Orleans Pelicans opened up enough cap space to match any offer for Lonzo. So perhaps Lonzo could be back. The deal also allows the Pelicans to make a run at big-name free agents like Kyle Lowry.

Nickeil Alexander-Walker is an intriguing benefactor from this trade. In 13 games as a starter last season, Alexander-Walker averaged 19 points, 3.1 threes, 5 rebounds, 3 assists, 1.1 steals, 0.7 blocks, and 45% from the field. Except for his free-throw percentage (61%), these are incredible numbers. With Eric Bledsoe out of the picture, Alexander-Walker could be looking at 30 plus minutes per game. Keep tabs on Alexander-Walker, as he might be a sleeper found in the later rounds.