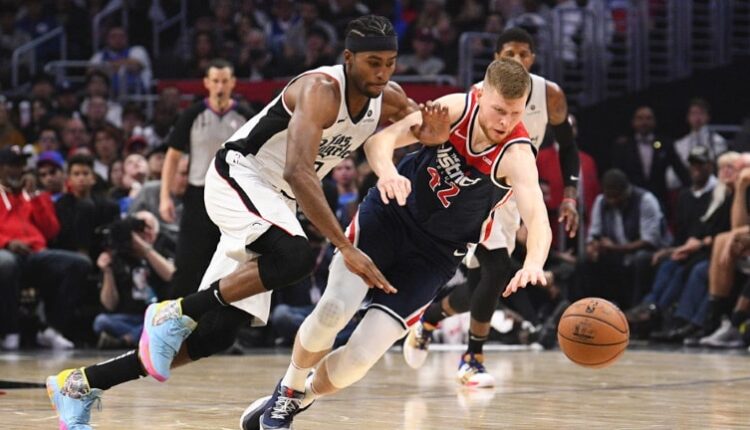 As General Manager’s we spend incredible time building and tweaking our basketball rosters. We spend hours agonizing over who to pick up or who to trade for. We don’t always spend considerable time discussing who we should drop. The benefits of adding a great player are clear, but there are also many benefits of dropping a bad player. Just like good players can sharpen our categories, the removal of a bad player can remove the noise clouding the strengths of your core players.

Dropping Players can be Difficult

Sometimes dropping a player is an easy decision, but often times it is not. I’ll speak for myself, but I absolutely keep players too long. I value players I draft more than I should and it’s hard to part ways when their value doesn’t meet expectations. There are other reasons too. Perhaps we GMs are waiting for them to come back from injury, or maybe we have a player like Nerlens Noel and are just stashing him with the hope he will eventually become the starter (which he did).

No Time to Waste

We can be picky early in the season, but at this point, it’s time to get serious. Obviously, if you are ahead in the standings you can risk a little more by stashing an injured player or giving that ‘breakout candidate’ a little more time to hit their stride. However, if you are in the playoff hunt battling for the postseason, it’s time to get smart and make tough decisions to up your productivity.

In this article, we will explore players that absolutely can add value to your team but can also be released when they no longer meet your requirements or do not produce in the categories you need. Typically, we are looking at the end of your bench, one or two players you can freely drop to stream or replace with key role players that enhance your top categories.

The list below is not exhaustive but should give you a blueprint for players that provide value, but don’t enhance your team in the present. As always, roster moves depend on your team makeup, your place in the standings, and the players that are available to stream.

Joe Ingles had an amazing night on Monday (2/22). He has been productive over the last two weeks, averaging 15.8 points and nearly 5 assists with an insane 3.5 threes per game on 61% shooting. If you don’t need threes or assists, then he has no business being on your team. He is droppable in 10 team leagues, and if you need to stream him in 12 team’s that makes sense, but don’t be afraid to move on.

Seth Curry can be really valuable, but since starting off the year hot, he hasn’t been that great. He is a classic case of a player that teases you with potential but is better off as a streamer. If he could increase his assists, then he becomes more of a 10-team play, but at this point don’t be afraid to cut ties and get fresh players in that can help you now.

Davis Bertans exploded for 35 points and 9 threes on February 17, but that is an outlier. Look at his last three games and the case is easily made that he doesn’t need to be on a roster. At the end of the day, he only does one thing well, which is to make 3 pointers. Unfortunately for him, this is one of the easiest categories to fill on the waiver wire.

Unlike the others on the list above, Josh Hart excels in rebounds for his position, averaging over 7 from the SG position. In the past two weeks, we have seen Hart’s minutes creep up along with his production. However, Bledsoe is still starting, limited Hart’s upside. The bottom line is Hart is a player to watch, to stream, but not a player you have to have.

We all want him to put up big numbers! We drafted Danilo Gallinari with big expectations and the worst feeling is dropping a player and seeing him perform on another team. But he is not a 12-team guy, and he is certainly not a 10-team guy this year. His minutes will creep up as his minute’s restrictions decrease, but he is not producing anywhere close to a level that warrants a roster spot. If John Collins is out, think about streaming him, otherwise don’t lose sleep over moving on from him.

This one hits close to home. I have Richardson in almost all my leagues. I am finally to the point where I am ready to move off of him if necessary. The fit is good, and he teases you with complete lines every few games, but he is not consistent enough to be a must roster on a 12 or 10-team league.

DeAndre Jordan has been solid this season, helping out immensely in blocks and FG%, while holding his own with rebounds. He has enough of a role to be on a 12-team roster. However, we don’t know what the future holds. We know Brooklyn is looking for another center and play Durant and Green as the small ball PF and C when they are healthy. If you can stream Jordan, perfect. However, don’t be afraid to move off of him to stream or find a better fit.

You on board with these players to drop? For more help managing your roster check out the latest Fantasy Basketball Waiver Wire.