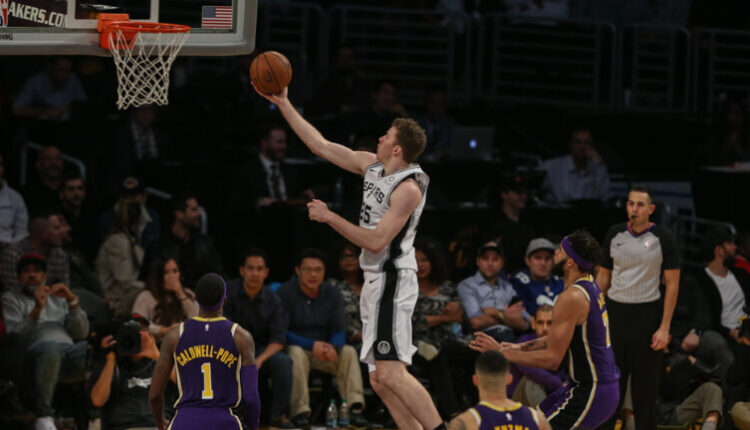 The NBA All-Star game is officially in the books. After a few days of rest, Fantasy General Managers must be ready for the final push towards the playoffs. The goal is to find fantasy basketball breakout players for the rest of the season. At this point in the season, managers have a few mechanisms at their dispense to take advantage of all the roster shuffling that is about to happen in the NBA. NBA teams will make moves to be more competitive for a playoff run or provide young talent opportunities for playing time. As NBA teams do this, certain player values will rise and fall based upon playing time and team fit. To take advantage of these shifts in value, fantasy GM’s have both the trade deadline and the waiver wire to acquire value for their teams. The proper use of these tools can yield immense value as the NBA typically experiences quite a bit of turnover during this portion of the season.

The COVID-19 season has been filled with injuries to fantasy starters and stars alike. The second half of the season is often the bookmark for players to return from injury. Expect De’Andre Hunter, CJ McCollum, Jusuf Nurkic, and Jaren Jackson Jr. to make their returns post-All-Star break. If these players have been dropped, or an owner is desperate for healthy bodies, this is your last opportunity to take a chance on these players returning to top-level production.

The NBA All-Star break is when trade rumors start to get serious. Contenders are starting to make moves and it could affect your players and open opportunities. For example, what happens if John Collins is traded? His usage is dropping, and it is looking more and more like he is not wanted in Atlanta. If a team makes a move for him, we could see both Collin’s and Danilo Gallinari’s value increase. Other ripple effects would see Hunter and a player like Bogdan Bogdanovic become more of a factor for the Atlanta Hawks.

We have already seen teams start to commit to rebuilding. Recently, we saw DeMarcus Cousins clear waivers after parting ways with the Houston Rockets and Blake Griffin was officially bought out from the Detroit Pistons last week. As tanking teams look to offload expensive veterans, they will most likely buy them out, making them available to interested NBA contenders. Players like Andre Drummond and JaVale McGee may be next on the buyout market. It is difficult to gauge how this might affect your fantasy roster, but the rumors can signal you to make moves to avoid being caught in a bad position. For example, The Brooklyn Nets want to upgrade the center position despite DeAndre Jordan playing solid basketball. Blake Griffin is expected to sign with the Nets, and Andre Drummond is still on their radar. Both moves could severely diminish Jordan’s value.

NBA teams will also be looking to kick the tires on young players that have shown promise in the G League bubble. For fantasy GMs, this is a golden opportunity to take a flier on a player that is looking to make their NBA dream come true. This is a powerful motivator, and on the right team with the right role, it can absolutely happen for the player and the fantasy GM lucky enough to have said player on their roster.

After considering the aforementioned trends, below are five players that could break out in the second half of the year. Take advantage of the shuffling rosters and utilize your waiver wire and trades to upgrade your team where you can!

Jusuf Nurkic was an absolute beast in the bubble. He was a top 10 fantasy player with averages of 18 (p/g), 11.4 (r/g), 4 (a/g), 1.4 (s/g), and 2 (b/g). These are insane numbers from your center, especially the out-of-position collection of assists and steals. In Nurkic’s brief stint this season (before his wrist injury), he has not played to standard and is being out-played by double double Enes Kanter. While the bubble games were a small sample size, they are much more in line with his career trajectory than the current funk he is in this season. Nurkic has been able to stay in shape while he recovers from the wrist injury and should be rested and ready to produce as Portland makes a push for playoff seeding. I wouldn’t expect bubble-like dominance from Nurkic, but I expect him to return to form and contribute across the board in a meaningful way during the fantasy playoffs.

The New York Knicks are finally respectable and making a playoff push. To bolster their chances, they acquired PG Derrick Rose. In 10 games a Knickerbocker, Rose’s minutes have risen considerably, including taking over as the starting point guard role the last three games (all wins). Given his relationship with Coach Thibs, and lack of talent at the point guard position, Rose’s role on the Knicks is solidified. In the past week, Rose has averaged 15.5 points, 8 assists, and two steals per game on 48% field goals. Rose can be a 15-points and 6-assist type of guy down the stretch. If he was dropped or can be acquired at a cheap price, Rose could be a sneaky play for the rest of the season value.

I would officially put Nicolas Claxton on your watch list in 12-team leagues and think hard about adding him if you are in a 14-team league. Claxton’s game is trending, and he looks better than DeAndre Jordan. Claxton shows great potential for steals, blocks, and field goal percentage. Even in limited minutes, he has shown he can impact other categories like points and rebounds as well. The Brooklyn Nets are looking for answers in the frontcourt. Despite DeAndre Jordan playing solid basketball, they are looking for an upgrade. Claxton has length and perimeter mobility the Nets are looking for. However, there are concerns. Kevin Durant and Jeff Green will be returning after the All-Star break. Durant and Green make up the Nets’ “small ball” frontcourt. The Nets are expected to sign Blake Griffin as well. How this impacts Claxton remains to be seen, but he has the defensive skill and the offensive upside to carve out a meaningful role on this team. If he sticks, you could find yourself a key player off the waiver wire for your fantasy playoff run.

Over the past two seasons, Jakob Poeltl has teased Fantasy GMs with matchup-changing defensive numbers. He is a two to four-category wrecking ball, delivering blocks, steals, FG%, and rebounds in elite or close to elite fashion. Normally, Poeltl is buried in a small minute role behind LaMarcus Aldridge, but it looks like that is changing. With Aldridge a shell of himself, Poeltl finds himself the starting big man for the playoff-contending San Antonio Spurs. In a larger role, Jakob can deliver. In the past month with Aldridge out, Poeltl has average 9.5 rebounds, 2.5 blocks, .8 steals, on 63% shooting per game. While we don’t officially know Poeltl’s role after the all-star break, he is trending towards keeping the starter position, with a fading LaMarcus coming off the bench in limited minutes. If you can still grab him, do it. If you can’t, think about how you might acquire him before his role is entrenched.

The Houston rockets officially recalled Kevin Porter from the G League’s Rio Grande Valley Vipers, meaning he will now play for the Rockets after All-Star Break. It is hard to peg down what KPJ’s role will be exactly, but it looks like he will have his opportunity to showcase his talents on a rebuilding Rockets Team. If we see John Wall or Victor Oladipo traded prior to the trade deadline, then KPJ might be the logical beneficiary to soak up the available usage. The Houston Rockets are in ‘kick the tires’ mode on young talent. KPJ, due to behavior, was traded from the Cleveland Cavaliers for cheap. The reality check for KPJ might be the motivation he needs to perform at the NBA level. Grab him off waivers and hold him for a few games to see what his role might be. If he lands in a good situation, KPJ is the type of talent that can carry you in a big playoff matchup. If not, it won’t take long to find out. Take the chance.

Looking for more value? Check out the Week 11 Waiver Wire.