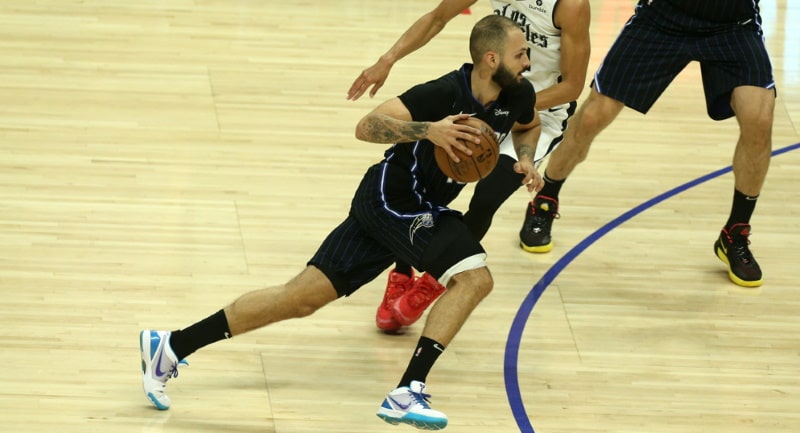 What a day! The NBA trade deadline has come and gone with plenty of players on the move. Every trade gets my fantasy juices going! I don’t care who gets who but how does it fantasy basketball!? Let’s break down the biggest winners and losers from yesterday’s deals.

Surprisingly, the most exciting fantasy news goes to the Orlando Magic! Yes, the lame 14th place Orlando Magic. This is fantasy though baby. When opportunity comes a-knocking, value presents itself on the other side! The Magic acquired the Bulls pair along with two first-round picks in exchange for All-Star Nikola Vucevic and Al-Farouq Aminu.

Back to Fantasy. The most productive Orlando Magic players over the last few weeks have been Nikola Vucevic of course, followed by Evan Fournier, Aaron Gordon, and then Al-Farouq Aminu! All gone! A complete fire sale leaving the offense in shambles. Here come the Baby Bulls to the rescue in Wendell Carter Jr. and Otto Porter Jr. James Ennis and Dwayne Bacon have had their chances and they don’t have the Magic folks.

In conclusion, the Junior bros are both excellent adds. Wendell Carter Jr. was putting together a solid month before going down in January with a Quad injury averaging 14.2 points, 8.3 rebounds, 1.1 blocks and 1.1 steals over 12 games. He’s had some monster games with a lot of firepower in Chicago with the likes of Zach LaVine, Lauri Markkanen, and company, so big things could be coming for Wendell Carter in Orlando.

Otto Porter Jr. similarly showed nice flashes this season averaging 16 points, 6.4 rebounds and 1.0 steals per game to start the season. Porter Jr. popped off for 22 points last week and gets a fresh start here.  Pick these guy’s up baby!

The next best option on the Magic? Terrence Ross is due back from injury this week and will also receive a fantasy boost becoming the new Evan Fournier in Orlando knocking down lots of three-pointers.

The free Robert Williams lobbying took a small turn in the right direction Thursday. In a small 3-way deal, the Celtics sent Daniel Theis to the Bulls and received Moritz Wagner. Wagner is still a project and won’t get as many minutes Theis was getting. Over his last three games, Theis was averaging 29.3 minutes per-game compared to 20.7 for the efficiency monster Robert Williams. Williams has had some monster games over his last 10 including a 16-point, 13 rebound performance as well as 13/14 and 17/6 lines. If those minutes creep up the thirties, Williams will be producing great fantasy numbers.

The Pistons sent guard/forward Delon Wright to the Sacramento Kings, which leaves the Pistons backcourt looking super bleak. Rookie Killian Hayes has returned to on-court activities but is still expected to miss at least another three weeks. Dennis Smith Jr. should receive starting point guard minutes and be able to contribute to your fantasy teams.

*SG/SF Hamidou Diallo also mentioned in past waiver wire articles is definitely worth an add.

This is a great trade for the Trail Blazers as Norman Powell will provide Portland with another great scoring threat besides Damian Lillard and C.J. McCollum but in terms of fantasy, this is a massive loss for Powell!  Powell was putting up top-25 numbers over the last month of the season averaging 25.3 PPG shooting 84% from free-throw and an FG% of 54.2. Powell went on a 7-game tear posting five 30-point games including one 43-pointer! C.J. McCollum just returned from injury for the Blazers and Jusuf Nurkic is finally set to return so we might be getting January Norman Powell averaging 15 PPG compared to March Powell. If he doesn’t improve his peripheral numbers, he may be droppable in leagues and remains a hold for now.

As mentioned above in the Dennis Smith Jr. column, Delon Wright was sent packing to the Sacramento Kings killing his fantasy game. Delon Wright was super-efficient offensively for Detroit but was putting up great peripheral numbers which was good for a top-65 player rank over the past month. Over his last six games, Wright averaged 10 points, 4.7 rebounds, 6.3 assists, and 2.7 steals over his past six games including three straight games with at least eight assists. De’Aaron Fox runs the show in Sac-Town and Tyrese Haliburton puts up some pretty numbers too. There just won’t be the same opportunity for Wright to continue his stellar play. Can be dropped but hold if super poor in the assists and steals category.

It’s another case of great trade to acquire a skilled player like the Denver Nuggets did with Aaron Gordon. Going from the depleted Magic to the skillful Nuggets? Not a recipe for fantasy dominance. Gordon was rolling averaging 19 points, 5.5 rebounds, and 4.5 assists over his last four games and it’s something he just won’t be able to replicate with Nikola Jokic doing MVP things. Not to mention Jamal Murray and Michael Porter Jr. who’s been dominating of late contributing in a variety of ways, it may be hard to roster Gordon in standard category leagues with his poor 62% FT%. Hold, but not for long.

Another solid fantasy contributor. Another Magic player and how about a magic trick? Poof! Just like that your fantasy game is gone! The Boston Celtics acquired the talented shooter Evan Fournier and it’s just another case of going from a poor roster to a stacked one. Fournier was averaging 19.7 PPG on the season and was on a recent tear posting 24.4 points over his last five games. It’s going to be mighty tough for Fournier to be consistent in Beantown competing with the likes of Jayson Tatum, Jaylen Brown, and Kemba Walker for shots. He can be dropped in 10-team leagues.

If you want to dabble in the daily in addition to your season-long endeavors, check out Brad Kilgore’s latest NBA DFS Previews and Picks!

If you enjoyed these fantasy basketball trade breakdowns, you’ll also want to check out the latest waiver wire recommendations and follow Mike on Twitter for more great takes!