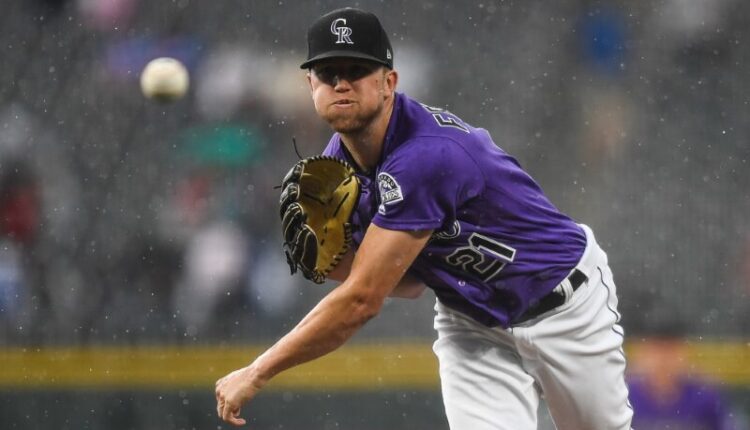 I like the pitcher, but I do not like his matchup. Contreras has been a frequent flier on the weekend streamer list, and for good reason. So far in 2022, he has a 1.93 ERA with a 27.4% strikeout rate. Along with a good K%, Contreras also ranks in the 89th percentile in chase rate while also ranking in the 73rd percentile in whiff percentage. He continues to improve with each start and the underlying numbers back up his surface stats. Again, the matchup isn’t ideal against Atlanta, but the Braves also strike out more than any other team against RHP. Contreras offers the highest upside of any streamer this weekend, and I think he can hold his own while he continues to establish himself as a solid starting pitcher.

Smeltzer has been serviceable since joining the Twins’ rotation in mid May. He won’t give you many strikeouts, but he will provide you with a balanced WHIP and ERA, with the potential for a win thanks to a good offense. He’s up against the Rays at home and no one should shy away from them at this point, especially with Wander Franco on the IL. What intrigues me most about this matchup is that Smeltzer, and the Rays against LHP, have the exact same ground ball percentage at 47.1%. Smeltzer keeps the ball in the park, allowing only 2 home runs so far this season. He also hasn’t allowed more than 2 earned runs in any start so far, and I expect that to continue this weekend against the Rays. Start Smeltzer if you need help in the WHIP and ERA categories.

I’m hoping a start against the Orioles can help Lynch turn his season around. I have to admit, I thought Lynch would be a lot better than he has been. This weekend he gets an Orioles team that ranks towards the bottom in every major offensive category against LHP. So, this is definitely more of a matchup-based recommendation than it is a skills-based one. The Orioles have had more success as of late, but they still only have a .639 OPS against LHP as a team. Although he has been bad, Lynch should have a good start against a bad, but improving, Orioles lineup.

This spot was reserved for Josh Winder coming off of the IL, but it looks like he will not be ready to start this weekend. Freeland is the next best streaming option, as he has been better on the road away from Coors Field this season. The Padres are neither a good or bad matchup vs. LHP and they rank near the middle of most offensive categories. One thing that makes me a little hesitant about Freeland’s matchup is his tendency to give up home runs. He’s going against a Padres team that ranks in the top third of the league in team home runs, so he has a chance to get lit up if he doesn’t bring his best stuff. Like I said, this spot was reserved for Josh Winder, so Kyle Freeland is a runner-up option.

Peterson has been a favorite of mine for some time now. He gets a solid matchup this weekend against the Angels who have not been able to find a win recently. Now they could be without Mike Trout, who left Tuesday’s game with groin tightness. This gives Peterson the opportunity to take advantage of a cold lineup that is without Trout. Also, the Mets offense will give Peterson the chance to pitch deep into the game if they can give him a solid lead. He has average numbers across the board, but Peterson should give your team a boost in all categories if he can continue to pitch like he has up to this point.

Streaming against the Rockies away from Coors Field is almost automatic. They have been especially bad against RHP on the road, ranking last in ISO (.091) and 29th in slugging percentage (.308). Martinez has been a solid streaming option all season, but this might be his best matchup to date. Again, like Freeland on Saturday, Martinez is solely a matchup-based streamer. With the Rockies struggling against RHP on the road all year, Martinez is a good bet to get through multiple innings with good ratios without much worry.