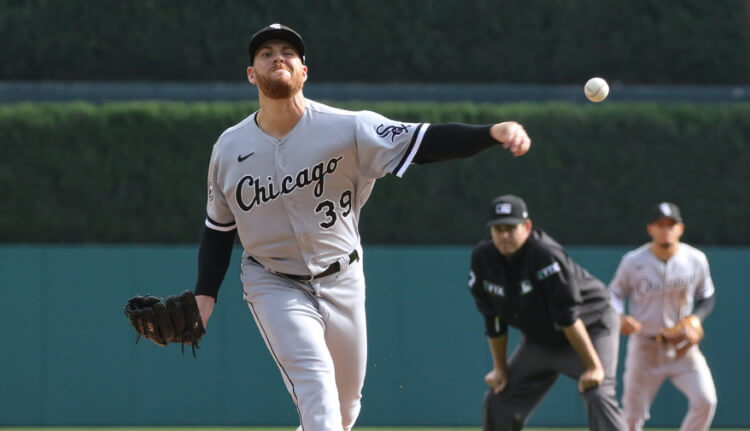 If you play in enough leagues this fantasy baseball season (whenever that actually happens), you’re likely to run into one of the emerging trends in the game: a Saves + Holds league. This column will examine that trend and identify some strong options in those leagues outside of the usual closers.

What Is A Saves + Holds League?

What is a Saves + Holds league, you ask? Well, essentially it is any league that counts equal or partial scoring credit to both saves and holds as opposed to just the traditional saves.

Some leagues have modified scoring, weighting saves more heavily. For example, some points leagues I have seen may count saves for six points while holds would be worth three. In roto formats, they may be in the same category, but saves get a 2x multiplier.

What this does for the player pool is ostensibly obvious. It vastly expands the number of relief pitchers that are viable in that league. Instead of 12 or 15 owners scratching and clawing for every last save chance, they tend to wait on drafting relievers because the number of options has often more than doubled.

If you’re not a fan of this recent trend of closers being drafted at the 2nd/3rd round turn, saves + holds may be for you.

Looking at the last three full seasons of saves plus holds generates some very interesting trends worth considering before you select a “Holds” guy in your draft.

The first thing that stands out is that over the past three full seasons, saves mostly held steady while holds saw a steady decline. Similarly, players with 30+, 20+, or 10+ holds all fell from 2018 to 2021. This could be attributed to a number of things: improved offenses, managers playing matchups more in the late innings, more blowouts, etc. But what’s clear about this data is that elite holds pitchers, like closers, are becoming increasingly rare.

Only Blake Treinen, Luke Jackson, and Tyler Rogers reached the 30-hold mark last season. And two of those pitchers played for teams with more than 100 wins.

What also is interesting is the huge gap each year between the pitchers with 20+ holds (average of 24) and the pitchers with 10+ holds (average of 98). This essentially confirms the fact the model of one pitcher for each of the seventh, eighth, and ninth inning is almost extinct. With that many pitchers compiling at least 10 holds per year (58 more than 10+ saves, on average), managers are mixing and matching their way to close wins.

As opposed to saves where we take them wherever we can find them, there are a couple ways to pinpoint who might accumulate the most saves in a season. Consider, of the top 15 relievers in holds last season, 12 came from teams that reached the postseason. This, of course, makes intuitive sense. More wins equals more hold opportunities. But these 12 players also came from squads like Milwaukee, Atlanta, Houston, Chicago White Sox, and Boston. Teams with an established closer. It was a similar story in 2019 when 10 of the top 15 came from postseason teams.

Closers like Josh Hader, Liam Hendriks, Ryan Pressley, Aroldis Chapman, and Will Smith are among the most likely to keep their jobs this season and their teams should be among the best. This is where you want to start when looking for closers. Also monitor what happens with the Dodgers. If Kenley Jansen does not come back and Blake Treinen moves into the role, everyone else gets a promotion.

Here are three players who look like strong candidates to pile up holds in 2022.

What makes Ottavino unique is he recorded those high hold totals with three different teams in those three seasons. He relies on a nasty slider and has plenty of late-game experience. Ottavino is also a free agent and is 36, but his K/9 has been above 10.5 for seven straight seasons. If we leave out the short 202o season, Ottavino also decreased his HR/FB rate every year for five straight seasons.

Whichever team signs Ottavino is going to slot him into a late-inning role. More than perhaps any other reliever, he looks locked in to get his sixth 20+ hold season of his career.

With unexpectedly more time on our hands, one of the debates that is raging among fantasy analysts is who will be the closer for the St. Louis Cardinals. Do they go with Alex Reyes who saved 29 games last year, albeit with a BB/9 rate over 6.5? Do they turn the ninth over to Giovanny Gallegos, he of three straight seasons with a WHIP below 0.90? There have been rumblings about stretching out Reyes and giving Gallegos the role. Are they real?

One thing is for certain, Cabrera will be there one more time to take the ball in the 7th or 8th and we should be able to count on him for around 25 holds this year. Cabrera had his own issues with walks, allowing 4.6 per nine last season. But his K/9 was almost 10.0 and he reduced his HR/FB rate to a miniscule 4.5%.

Cabrera relies primarily on a 98-mph fastball and a sweeping curve that came in at 81 miles per hour last season. As a left-hander, he can back-door a number of holds by just coming in for back-to-back lefties to end an inning or play the matchups in the late innings. But he was actually tougher on righties, allowing a .178/.276/.274 slash line last year. His overpowering stuff looks like it can work wherever the Cardinals need it.

Bummer has been with the White Sox for all of his five seasons, and he was able to pick up his second season with 20+ holds last year. The White Sox fit the mold of teams we want to pursue for hold opportunities. Their offense should be elite, they will have four above-average pitchers in the rotation, and there should be minimal competition for the division title.

At first glance, Bummer looks like a good-not-great reliever who might just be in the right position to fall into holds. He has an 11.98 strikeout rate last year, but a 3.50 ERA, and he ranks 67th among all relievers in swinging-strike rate. But, where he stands out is in his called strike percentage, which was eighth-best in the league in 2021 (19.5%). His combined called strike and swinging strike percentages rank him 15th among all relievers in CSW% last year.

And when batters are not taking or swinging at strikes, they are likely hitting the ball on the ground. Bummer led all relievers with a 76.1% ground ball rate last season, a full 8% higher than Clay Holmes in second. Bummer’s sinker-slider combo is absolute death to opposing hitters and while he won’t be getting the ninth inning changes, his holds should add up quickly in 2022.