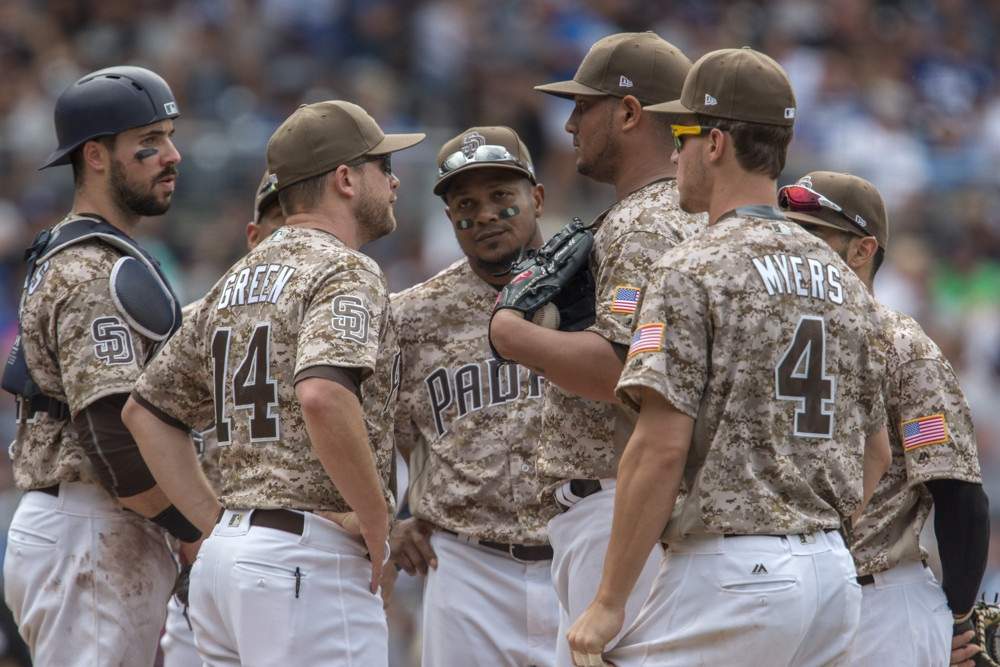 The beautiful thing about Fantasy Baseball Draft Strategy is that you can do a hundred drafts in a season and no two of your teams will be the same. Sure, we all craft our own strategies. We all have our own pet players. We know our buddy loves a certain player, so are sure to draft him a round early just to ruin their day. This is the glory of fantasy sports.

But back to the point at hand. No matter what your strategy is going into the draft, something will not go as planned. You have to be flexible. Always have a contingency plan if the player, position, or stat you are targeting is suddenly gone. Do some mock drafting to get a feel for where players are going. Mocking can help a great deal in preparing for your own draft.

At the conclusion of this strategy article, I’ll let you in on my own strategy for standard mixed league (10-12 team) drafts. Before that, let’s look at how some of the statistical categories and positions are shaping up to be different this year from previous seasons. Also, before we begin, please note that whenever I reference ADP or rankings, I’m focusing solely on Fantrax numbers. Do your mock drafting on whatever platform you will be drafting on to get a proper feel for the ADP you’ll be dealing with.

Stolen Bases Are Hard To Find

Even though MLB doesn’t care about steals as much as they used to, they still count the same as they always have in fantasy roto leagues. Because nobody wants to fall behind in steals, stolen base contributors are getting pushed up higher than ever. Among the top 40 in ADP, 12 are projected to steal 18-plus bases. 26 of those top 40 players are hitters. If you don’t want to get stuck drafting rabbits like Billy Hamilton or Jarrod Dyson who give you steals but hurt you in other categories, you’d better bulk up early on the SB’s.

There are some stolen base sleepers to be had, of course. Here are some of my favorites for 2019, with their projected steals totals and their current Fantrax ADP. 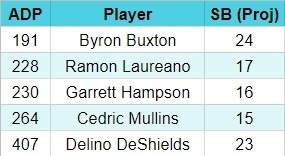 Catchers Are Worse Than Ever

As more and more teams move towards two- and even three-man platoons behind the dish, finding a catcher that isn’t awful is harder than ever. Not only that, it’s downright difficult to nab a catcher outside of the top 10 who plays more than 110 games a year. In single-catcher formats, you have two ways to go. You can invest early in one of the premium options like Gary Sanchez or JT Realmuto. Even guys like Sal Perez and Wilson Ramos offer more plate appearances and better numbers than the bulk of catchers, and they aren’t as expensive as the elite guys.

Conversely, you can wait until the final rounds of your draft in standard mixers and pluck your favorite mediocre option off the scrap heap. Backstops like Welington Castillo and Tucker Barnhart will cost you basically nothing, while not killing you at the very least. In two-catcher formats, if you want to actually give yourself an advantage, you will have to dive in a little early on at least your first catcher. Many fantasy players think that investing early in catchers isn’t worth it because they don’t give you the same production as other positions. While that was true in 2018, you really have to draft catchers relative to their position. If you’re just waiting to grab two endgame type catchers who get maybe 350 plate appearances and hit .220, you’re setting yourself way behind at the position.

The Pitching Landscape Has Changed

Top tier starting pitching is at a premium this year. Fewer and fewer starters are pitching deep into games, while more quality short and long relievers vie for fantasy relevance. Once you get outside the top 20 at starting pitcher (around ADP 65) there are real issues with everyone. Is Carlos Martinez at SP29 even a starter? Can Charlie Morton toss 150 innings at SP30? Is Robbie Ray and his 1.35 WHIP from 2018 worth investing in at SP31?

You have to go in early if you want an ace, but it’s worth it. There are some mid-round upside plays that interest me, but there is a huge cluster of starters this year that just aren’t that exciting. Once you hit about SP45, there isn’t a major difference in value until you start hitting the bottom of the barrel around SP90 when you’re taking a stab at someone like Anthony DeSclafani. Streaming pitchers is easy and beneficial in standard mixers, so don’t waste your time drafting mediocre starters.

In fact, you’re just as well served filling in the back end of your pitching staff with relievers. So many mediocre starters struggle to even make it five innings these days, which of course you need to do to qualify for the win. That makes relievers more valuable than ever. Doug Anderson went in depth on this topic in this great piece here, so I won’t waste words in this space. Suffice it to say, you can fill out your staff with basically free pitchers like Trevor May, Brad Peacock, or Ryan Pressly, and get great ratios for nothing. If you find a streamer who turns into a reliable starter throughout the season, it’s easy to kick those relievers to the curb and reap the rewards of your streaming prowess.

Keeping all of the aforementioned in mind, here is how I’m approaching my roto drafts this year. In the first round, it’s plain and simple: give me five categories. No matter if you’re drafting first or 12th, there’s someone available who can contribute across the board for you. In rounds two through four, I’m targeting at least one – maybe two – ace pitchers. I really don’t want to have to worry about the maelstrom of mediocrity in the middle rounds. I’m taking a foundational starter or two and taking any further values as they come.

I didn’t touch on it earlier, but first base is really shallow this year. Outside of the top four (Freeman, Goldschmidt, Rizzo, Bellinger), there are immediately question marks. If I can land one of the top four in those first four rounds, I’ll be feeling pretty good.

With my starting pitcher-averse strategy, that allows me to really fill in my hitting in the middle rounds. You can also pay up for a strong closer if that’s your prerogative, but personally, I’m never one to spend an early pick on a closer. They’re simply too volatile. Instead, I intend to focus on building a balanced offense. I’m going to try to focus on players who are non-zero’s in the steals department – every little bit helps! I’m also more apt to invest in someone risky like Wil Myers in standard roto. He could easily be a 20/20 player if he can stay healthy. In deeper leagues, it’s hard to deal with his injuries. It’s a lot easier to pluck a replacement off the waiver wire in standard mixers if he goes down.

Middle infield is really deep this year. If there is a position I would feel comfortable with waiting to fill in until the final rounds, it’s middle infield. In the endgame, pop your favorite sleepers. Stash Jesus Luzardo or Fernando Tatis. Do whatever you like, because odds are, whoever you draft here is getting cut within the first few weeks of the season. Churn and burn that roster, baby. Stay active and profit.

At this point, I have to restrain myself from getting into in-season strategy. Here ends the fantasy baseball draft strategy discussion! Of course, be sure not to take this personal strategy as me telling you that this is the be-all end-all. Odds are, a large swath of you out there are set to do the very opposite of what I’m doing, and that’s fine! It’s what makes this game of ours so great. I’ll be around any time @NathanDokken on Twitter to answer any questions you have or to listen to alternate strategies.