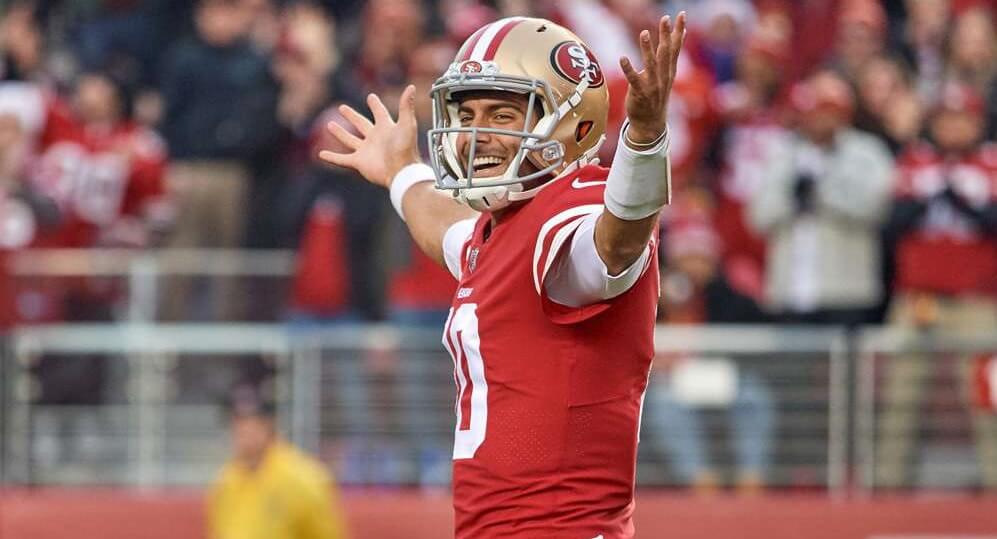 The preseason is here and the 2019 NFL season is almost underway. We’re finally catching a glimpse of our favorite players on the field and it’s caused a stir in the draft lobbies. Health, personnel turnover, and on-field deployment have changed our perceptions of certain players. There are more clues available to us now. Coach and player interviews can be compared against preseason usage. Not just the highlights, but the details. First-team offense snaps and formations can indicate team tendencies in the regular season. So as we find ADP risers, the challenge will be to compare ADP to our ranks and tiers to determine their value as draft season begins.

We’ve taken ADP from training camp and compared it to now with the latest news. The delta is measured by subtracting the new data from the old quantifying the gap created from the change in perception. Negative values indicate players are dropping in cost while positive numbers point toward a rising cost. Either case can make for a buying situation depending on the player and their outlook for 2019.

It all comes down to risk tolerance regarding injury for Garoppolo. We know he’s talented, but the uncertainty and depth at quarterback make it easier to pass on him. However, he’s at QB21 and has the tools to be a value in 2019. The Shanahan system was still effective without Jimmy G at the helm. C.J. Beathard averaged 6.8 adjusted yards per attempt (AY/A) in his 5-game run and Nick Mullens (undrafted rookie) averaged 8.0 AY/A to finish the season. Overall, the two backups were able to average a 7.5 AY/A over the 13 games Garoppolo missed which was 13th for all QBs. Now the 49ers have their starting quarterback returning along with their record-breaking tight end and surrounding talent. The offensive scheme maximizes on-field talent. That was seen through Beathard and Mullens. With Garoppolo healthy, his talent has the potential to carry him into the QB1 conversation.

Kyler Murray continues to impress. There are still valid concerns about how the regular season will unfold, but Murray started off the preseason well.

Head coach Kliff Kingsbury didn’t reveal all of their tricks, but Murray was able to execute within a scheme that fits his skills. His short series featured play-action passing, designed roll-outs, and short-intermediate routes. The only missing component was the rushing, but Murray’s ability to evade rushers gave evidence to the rookie’s speed. He’s become an ADP riser as the hype surrounding Arizona continues to build causing drafters to reassess their approach to the position.

Melvin Gordon’s holdout has taken the fantasy community back to 2018. His regular-season absence looms over draft boards causing him to slide into the second or third round. As a result, Austin Ekeler and Justin Jackson have assumed a larger share of the backfield. Gordon’s uncertainty drops him into a tier behind many of the established starters. The risk of spending an early-round pick is too great and difficult to recoup in a traditional draft. Unless a heavy-RB approach is employed or a deal is made, expect to see Gordon continue to fall in drafts.

Theo Riddick joins Denver’s already crowded backfield adding to the chaos. Riddick’s skill set as a pass-catcher is well-known. He’s ranked in the top 12 the past 4 seasons (second-most targets in 2015) making him an ideal target in PPR leagues. He’ll likely take away targets from Phillip Lindsay driving down his cost. His pre-season injury will keep him sidelined for nearly 2 months. In the meantime, Royce Freeman will continue to work into the offense as the 1B to Lindsay’s 1A. Riddick’s draft cost poses no risk to roster construction, but his lack of time with the team and subsequent injury are clear detractors. He’s an ADP riser since the news, but until more news is provided he should remain a waiver-wire option into the early weeks of the regular season.

Troubles with your fantasy sports provider? Nate Hamilton outlines the numerous reasons all your fantasy leagues should be on Fantrax!

N’Keal Harry’s offseason was something of a rollercoaster. He entered camp in the best-case scenario. Joining the Patriots and Tom Brady. Rob Gronkowski retired. He has both the size and draft capital to make the starting roster. But the rookie needed time to adjust to the professional level. Twitter was plagued with reports from beat writers of drops and noted frustration from the team. This gave way to Braxton Berrios and Maurice Harris hype pushing Harry farther down the depth chart. However, Harry turned things around towards the end of camp. His preseason highlights are compelling. Diving catches and the ability to win in contested-catch scenarios. Tom Brady needs a pass-catcher that can replace what Gronkowski is leaving behind. His ninth-round cost is sliding with the latest news, but his projected role within the offense should make him a significant value add late in drafts.

The Ravens need as many talented receivers at their disposal as possible. Lamar Jackson left a lot on the table as a passer in 2018 but excelled as a rusher. His 147 rush attempts featured 70.7% of them being designed. His 695 yards on the ground have only been eclipsed by Cam Newton in 2017 (754) and Russell Wilson in 2014 (849) over the past 5 years. But Lamar only started 7 games. Baltimore plans on diversifying their offense with the help of their 2019 draft picks. Boykin’s got size, speed, and athleticism at 6’4”-220 (4.4 40-yard time). Plus, he’s healthy. Quarterback-wide receiver rapport can not be underestimated and Lamar Jackson’s skills as a passer are taking the next step forward. Boykin is an ADP riser and makes for an ideal late-round target in 2019.

Mike Gesicki was sold as the tight end to target for dynasty drafts in 2018. His combine metrics had him compared to the other athletic tight ends coming out, but his situation wasn’t as positive. Miami was just getting Ryan Tannehill back and projected to be one of the poorest offenses in the league. However, Gesicki was projected for significant volume due to his abilities as a pass-catcher along with the narrative that the Dolphins would be trailing in games. This would lead to more passing that should include their new move tight end. That never happened. Gesicki only saw 32 targets in 2018. He was the seventh option on his own team. Now there are reports that he’s working behind Nick O’Leary who’s served as the superior blocker. Miami still projects to be a bottom-tier offense in 2018 with personnel turnover at both head coach and quarterback. Tight ends take time to develop and we may be waiting another season until we can draft Gesicki with confidence.

Jordan Reed is…healthy? The oft-injured tight end has quietly worked his way back from his toe sprain and projects to be Washington’s best receiving option in 2019. Washington declined to pick up Josh Doctson’s fifth-year option and the remainder of the receiving corps was acquired during the offseason. Reed has ranked first, ninth, and 13th in PPR scoring over the last three seasons, but his game logs are filled with holes. Lower-body injuries. Shoulder separation. Six concussions. His worst ability has been his availability since he came into the league. But he’s currently being drafted as the TE20. His projected volume should be well worth the cost which makes him an ADP riser while avoiding most of the risk associated with drafting him.

More preseason games are on the way meaning more highlights, more speculation, and adjustments to ADP. We can’t ignore the reactions, but we don’t have to give in to the shifts in the market. Reviewing tiers and preseason ranks will help identify players that have become either a value or too costly. Leveraging this information will make our rosters less susceptible to traps and more suited for a run at the championship in 2019.

Which of these ADP risers or fallers do you have your eye on? Let us know in the comments below! For more great analysis check out the 2019 Fantrax Fantasy Football Draft Kit.