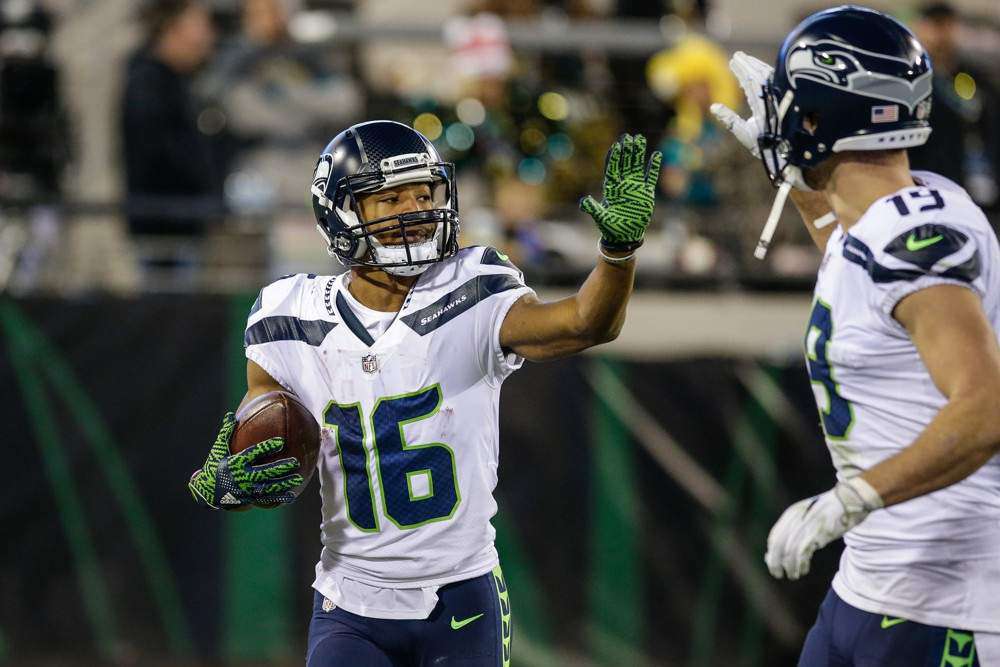 Everyone knows the guys at the top 12 of their positions in dynasty leagues. You don’t need me or anyone else to tell you that Saquon Barkley is good or that Stefon Diggs is a guy you should be targeting this season. If you do, quit reading now, you can’t be helped. Instead of focusing on the big names you’re already used to hearing about this article will dig into some of the best dynasty values in the NFL. Strap in, it’s going be a bumpy ride. All ADP Data is referenced from fantasypros.

Green Bay wide receivers channeled their inner Neo from Matrix this offseason and dodged a cascade of replacement shaped bullets in the draft. Effectively the last men standing, at least of Geronimo Allison, MVS, or ESB, stands to benefit from Aaron Rodgers’ impending 2019 resurgence. I’m putting my chips on MVS. In his rookie season, he accounted for the second most air yards on the team and assumed the vaunted slot position in the Green Bay offense. Though Geronimo has got him beat on WOPR and RACR per airyards.com, his role in the slot tips the scales in his direction for me. Over the last five seasons, Green Bay slot wideouts have averaged 125.2 targets per season. Outside of Davante Adams, it is clear that you should covet whoever plays the slot in Green Bay and other than Randall Cobb, MVS’s 41% snap share from the slot was the highest on the team last season.

If you happened to miss my Teflon Trey Quinn article you may not know much about the former SMU slot man. But you would be remiss to not take this opportunity to dig a little deeper into the receiver most likely to lead this Washington Redskins team in targets this season. Josh Doctson is a disappointment, Kelvin Harmon fell to the sixth round, Paul Richardson and Jordan Reed are constant injury risks and Dwayne Haskins is a quarterback most comfortable throwing passes close to the line of scrimmage Its all lining up for a big year from 2018’s Mr. Irrelevant. He’ll be one of the top dynasty values at wide receiver this year.

DJ Moore is the receiver everybody seems to want in Carolina, but according to wide receiver gurus like Matt Harmon, that confidence in him may be misplaced. With the departure of Devin Funchess freeing up 78 targets Samuel, as opposed to Moore, is more likely to see the greatest benefit from the increased opportunity.

Though Moore is surely the better receiver after the catch, Harmon’s #receptionpercention data shows that Samuel has been the better receiver at beating press coverage and winning on the outside. Though both had equal WOPR ratings (airyards), Samuel was able to garner a larger market share of the targets last season and his 11.9 yard aDot compared to Moore’s 9.8 revealed a receiver that was more productive on a per target basis. Five touchdowns for Samuel last season compared to just two for Moore also illustrates the fact that Samuel made the most of his higher value targets in the Carolina offense.

Outside of Christian McCaffrey, Samuel , not Moore is the bigger of the dynasty values at receiver in Carolina. Prior to McCaffrey assuming his role as effectively the WR1 in CAR, QB Cam Newton ranked in the top 12 year over year in yards in air per SharpFootballStats.  Assuming he’s healthy for 2019, Samuel would be the man to run those deep routes. Invest in the guy that was a top 15 receiver in terms of fantasy points per pass route in 2018.

Explain to me how a wide receiver stepping into a Doug Baldwin sized hole in an offense led by Russell Wilson is getting drafted behind AJ Brown, Dante Pettis, and Jarvis Landry. Lockett was effectively his team’s WR1 last season and most assuredly is this year with a likely move into the slot role. Last season Lockett played in the slot nearly 10 percent more than in 2017 and was a big play waiting to happen.

Lockett offers so much more than speed. Despite his small stature, Lockett’s catch rate (4th) , fantasy points per target(1st), and QB rating when targeted (1st) exemplify the threat he is in all facets of the game. He is a complete receiver and one that should find himself in the top 15 at his position come seasons end. Take the dynasty value when they’re this obvious.

Take a 32.7% juke rate (7th), couple that with 60 evaded tackles (13th), round it out with 5.8 yards per touch and what do you get? The extremely undervalued borderline RB1 talent that is Kenyan Drake. Whether his touches came on the ground (+0.2%) or through the air (+6.5%), Drake achieved a positive success rate over average per sharpfootballstats. The only thing he lacked was opportunity as, despite being extremely productive when called upon, his overall opportunity share was only ranked 34th leaguewide. With Brian Flores now taking the reigns from Adam “Crazy Eyes” Gase, the sky is the limit for Drake this season. Just be mindful of the fact that he is entering a contract year.

The two players most positively affected by Antonio Brown’s departure in terms of fantasy are James Conner and Vance McDonald. McDonald also has the added benefit of no longer sharing TE1 duties with former Steelers charge, Jesse James. With both of those departures considered, a large portion of the vacated 195 targets will be going to the veteran tight end. This would stand even accounting for a lower passing volume overall and extra helpings for Juju Smith-Schuster. McDonald was efficient with the looks he received last season as well. He ranked second among tight ends with a 1.43 RACR rating as he was just bested by Evan Engram and totaled over 300 yards after catch. If he can stay healthy, he will likely be one of the top dynasty values at the position in 2019.

Keke loves you. You should love him back.

The first year wideout from Texas Tech was an immediate factor in his first game, reeling in 11 catches for 109 yards. This type of usage showed itself at other points during the season as well, though hamstring injuries plagued him and he was unable to be used to full effect in half of his starts.

Overall, Coutee proved to be an effective slot weapon. As a rookie, he recorded an above-average success rate (+0.5%) and had a RACR score of 1.38 (higher than Deandre Hopkins and Will Fuller). Just keep in mind that his targets, while numerous aren’t too valuable. With a sub 6.0 aDOT he is one of the better dynasty values in PPR leagues but might be next to worthless in other formats. It will be interesting to see how he pairs with Will Fuller this season as the two weren’t often healthy at the same time in 2018.

This is the obvious choice. But that doesn’t mean it can’t also be the correct one. Hamilton looks poised to lead the team in targets this season with Emmanuel Sanders expected to start the season on the PUP list after tearing his Achilles late last year. Another slot receiver extraordinaire, Hamilton received 6.25 targets over the last four games of last season and should provide an easier target for QB Joe Flacco.

Known as a deep ball specialist during the early portions of his career, Flacco’s recent sub 9.0 aDot should go hand in hand with what Hamilton does best as his own aDot is just 8.70. With no established targets in that offense, expect a heavy dose of running and short passes to move the chains. Hamilton will be a solid PPR value at WR 55 this season.