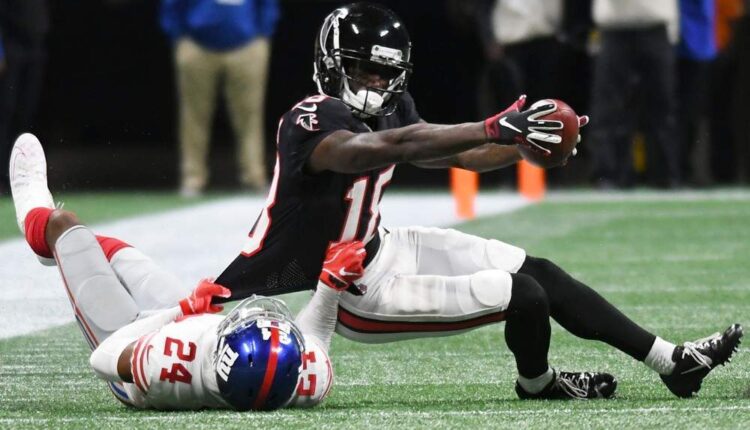 We’ve made it through most of Week 9 and now find ourselves staring at the business end of the fantasy football season. Now that we’re here, what new realities are apparent in the NFL when it comes to the WR position? Who are the guys that have made themselves surprisingly invaluable for the rest of this season and beyond? Let’s learn more about the dynasty value of three more top talents in this week’s edition of the Wonderkid’s Dynasty Value Discourse.

All recommendations are based on a 12-team PPR, 1-QB, Standard TE league

You don’t have to like it. But you must accept it. He took a few seasons to grow into his role but Tyler Boyd is very much the next big thing at wide receiver. This season, he has rewarded patient dynasty league fantasy owners with borderline WR1 performances all year. Why? Well, Boyd operates in a concentrated Cincinnati offense that features only three real pass-catchers that demand consistent targets. As a result, he’s received 66 targets (#15 NFL) and ranks 24th in air yards through nine games. Boyd has also seen eight of his looks in the Red Zone (#31 NFL).

He’s made the most of his opportunities. His 74.2% catch rate is good enough for 10th league wide and Dalton’s QB rating when targeting the Pittsburgh alum is an astounding 128.3 (10th NFL). Get out ahead of the next true WR1 and pay up for Boyd while he remains somewhat acquirable. He has once again proved that elite level athleticism is not the only mark of a great wide receiver. He’s primed to take the mantle whenever AJ Green begins to slow down and has shown how efficient he can be.

Boyd is a definite BUY and I would feel comfortable paying up to two late firsts worth of value to roster Boyd.

Marquez Valdez-Scantling or “MVS” is a rookie wide out in one of the most beneficial dynasty situations in the league. His QB, Aaron Rodgers, is among the league’s best and the presence of an elite level producer like Davante Adams in his offense can effectively shield him from CB1s as he develops. So far this season, he’s been granted play time as a result of injuries to Randall Cobb and Geronimo Allison.

He hasn’t squandered his opportunity. Since Week 5, Scantling has averaged WR2 level per game production and has, in terms of PPR points, ranked 21st league wide over that span. From Week 5 through Week 9, Scantling has seen 16% of Green Bay’s targets and ranks 34th in the league in terms of air yards. His 13.3 a-dot during that span illustrates his big play-ability. With free agency looming for both Randall Cobb and Geronimo Allison (RFA), in 2019 it will pay dividends to snatch up the 6’4″ 4.37 speedster before Aaron Rodgers makes him a household name. His dynasty value will increase from here on out.

I would BUY MVS and be happy to pay in the range of a high second round rookie pick.

In a similar situation to MVS, Calvin Ridley is benefiting from being tied to a quarterback that has the ability to sustain high level production from multiple targets in the Atlanta offense weekly. He also has the added benefit of having one of the league’s best drawing coverage away from him. Though he hasn’t yet commanded consistent targets, Ridley has shown the ability to be a key contributor in the Red Zone (7 TDs). He has also proven that he is a reliable option given his 77% catch rate (5th NFL) and 50% mark when the catch is contested. His 5.78 yards of average cushion illuminate the stress he puts on defenses with the threat of his 4.43 speed. He is on a the path of becoming a very good player.

That said, Ridley’s extreme level of efficiency is a bit of a red flag. With only 394 yards on the season, Ridley ranks outside of the top 30 in that regard. The fact that he is among the top few in the league in scores on such small yardage is telling in that it shows that Ridley’s pace is unsustainable. Patient dynasty fantasy gamers will be happy to note that Mohamed Sanu’s contract expires in 2019, potentially clearing up a pathway to more volume for Ridley moving forward. Barring injury, his value should increase.

Ridley’s draft capital drives his price up and over what I’d be willing to spend on acquiring him at this moment. He is a firm HOLD for me. That said, if you intend to acquire Ridley you should expect to pay no less and two 1sts worth of value. I would advise waiting for a more opportune buy window.

Agree? Think I’m nuts? Disagree with a dynasty value mentioned? Have a specific player you’d like me to profile on next week’s edition? Let me know on twitter @ FF_Wonderkid. Thanks for reading.