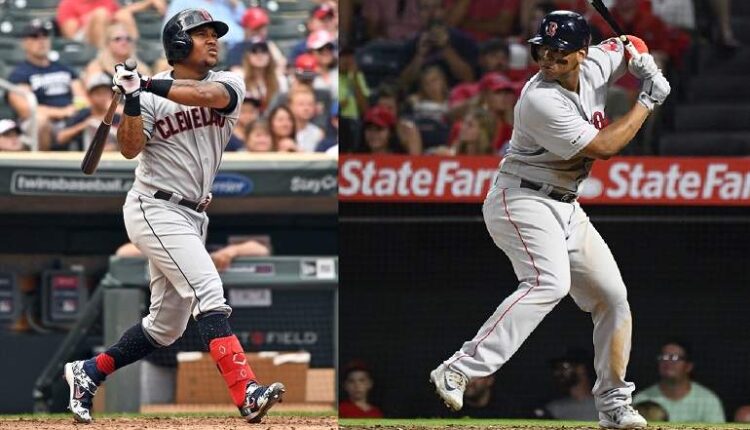 Over the years, the third base position has really blossomed into one of the top offensive positions in baseball. A half-dozen names have been first-round fantasy picks at one point or another and the first nine names below all rank within my top-50 overall. On top of that, this position is chalked full of buy-low candidates and young players just waiting to break out and rise up these dynasty third base rankings. The depth here is really impressive. If you need a third base upgrade in your dynasty league, you have plenty of options to go after. Many you can acquire for a reasonable price too.

I’m not even sure Rafael Devers could overtake JoRam since he doesn’t bring the same level of speed. But with that said, I’m still all-in on Devers as this ranking probably suggests. Devers is still only 24 and put up a .311/129/32/115/8 line as a 22-year-old back in 2019. He also led the league in doubles that season with a whopping 54. His aggressive approach is an issue (5.2 BB% in 2020, 7.0% for career), but Devers has shown a knack for barreling up pitches and has posted a 95th percentile exit velocity in each of the last two seasons.

Another one that serves as a good buy-low is Alex Bregman. From the cheating scandal to a subpar 2020 campaign, people seem to be off on Bregman. Or at least value him lower than they did two years ago, which is fair. But with that said, it’s not like Bregman’s success was 100% attributed to that scandal. Is he going to return to his 2018/2019 levels? Probably not. But Bregman has one of the best plate approaches in the game and that keeps his floor relatively high. A bounceback to .280/.390/.500 with 20-25 homers and a bunch of counting stats shouldn’t surprise anyone. The issues against breaking pitches does concern me a bit though.

The biggest bounceback of them all might be Yoan Moncada. The 25-year-old Cuban posted a .315/83/25/79/10 line in 2019, making him a top-50 pick in 2020. But unfortunately, Moncada dealt with COVID in 2020 and admitted to never feeling right after returning. I’m willing to give him a pass on that and rather would focus on the player we saw in 2019. That version of Moncada posted a 98th percentile exit velocity, 91st percentile hard-hit rate, and was 80th percentile or better in xBA, xSLG, xwOBA, and barrel% with a 69th percentile sprint speed as well. This might be the lowest you’ll see Moncada’s value for quite some time.

Coming in at #9 without a single professional plate appearance (outside of spring training) is Spencer Torkelson. While I’m still in the mindset that he’s going to wind up across the diamond at first base, the Tigers front office has said that they’re going to try him out at the hot corner initially. Honestly, it doesn’t matter what position he ends up at. Torkelson has the offensive potential to become an early-round fantasy asset in a few years regardless of position. His .280/40 upside already makes him a hot commodity in dynasty leagues and it will take a top-60 pick to acquire him in any dynasty startup draft.

If you’re looking for a top-10 caliber bat at this position for a reasonable price, Alec Bohm is your guy. I’m not saying he’s going to be the next Freddie Freeman, but as I mentioned in my Bohm article back in October, there are some similarities between him and the Braves superstar. Bohm combines good contact skills with a rock-solid plate approach and 25+ homer power. He’s going to hit right in the middle of Andrew McCutchen, Rhys Hoskins, JT Realmuto, and Bryce Harper as well. The counting stats should be bountiful, making him a strong four-category contributor.

Is Kris Bryant done as an elite fantasy third baseman? Probably. Can he still be a viable back-end starter at this position? Maybe? I’m honestly not sure how I want to approach the former MVP as his underlying stats haven’t been great. He might look like a great value and someone you should buy-low on when you see his ADP this year, but I don’t envision a big turnaround here. Bryant’s xBA has consistently decreased for the last half-decade and his average exit velocity and hard-hit rate are both below league average. His launch angle has been his saving grace. And doesn’t it feel like he’s always dinged up or battled some sort of ailment? It’s best to avoid Bryant at this point and let him be someone else’s headache.

Two spots below Bryant is a player I’ve warmed up to recently. I’m still not as high on Ke’Bryan Hayes as most are from a fantasy perspective, but there’s plenty to like in his profile. To start, his playing time isn’t in question and likely never will be as Hayes is a good defender. Offensively, last year was a bit over his head, but Hayes can do everything well without hurting you in any one area. The contact skills have always been above-average and Hayes could add around 20 homers and 10-15 steals as well. But for now, his value is suppressed a bit by the fact that Pittsburgh’s lineup is atrocious which will keep his runs and RBI totals in check. This actually might be a good time to see if anyone will overpay for him.

This position is littered with potential risers and breakouts up and down the rankings. Both Austin Martin and Jordan Groshans of the Blue Jays are high-upside bats for fantasy. However, Martin likely winds up in the outfield, so keep that in mind. Bobby Dalbec and Austin Riley are the two young mashers here, but each has massive strikeout issues to pair with their mammoth power. Both might not stick at the hot corner long-term either, especially Dalbec.

A little further down the rankings, you’ll find Josh Jung and Kody Hoese. Both are advanced collegiate bats and should be making solid fantasy impacts by mid-2022. Jung probably will debut in 2021, but that timetable has been pushed back by his recent fractured foot that required surgery. Each are high-floor bats with the upside to hit for an average north of .270 with 25 home runs or so. And in OBP formats, Nolan Jones and his career .409 minor league is a great target. There’s untapped power upside here too that could peak out if he becomes a bit more aggressive at the plate.

Fantrax has been one of the fastest-growing fantasy sites and we’re not slowing down in 2021! With multi-team trades, designated commissioner/league managers, and drag/drop easy click methods, Fantrax is sure to excite the serious fantasy sports fan – sign up now at Fantrax.com.