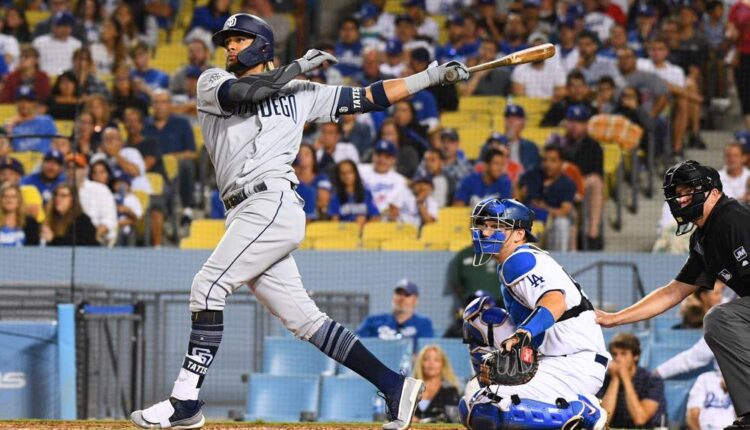 When it comes to infield positions, the shortstop position leads the way in both talent and depth. All of the top five in these dynasty shortstop rankings fall within my top-20 overall and 20 are within my top-100 overall. It’s not just about the star power either as this position is loaded with depth both at the Major League level and in the minors as well. Plenty of these prospects will move to other positions eventually, but for now, they add to an already deep position.

And as a reminder, proximity factors in more heavily in my dynasty rankings than it does in my prospect rankings.

In a month or two when Bobby Witt Jr and Julio Rodriguez graduate from prospect status, Anthony Volpe is on the shortlist to be the new top dog. The 2019 first-round selection put together a season for the ages in 2021, slashing .294/.423/.604 with 68 extra-base hits, 27 home runs, and 33 steals in just 513 plate appearances between Lo-A and Hi-A. On top of that, Volpe had nearly as many walks (79) as strikeouts (90). Volpe projects as plus across the board offensively and will have a great lineup and hitter-friendly home ballpark waiting for him when he likely debuts next season. There’s early-round fantasy upside in Volpe’s profile thanks to his blend of tools, high floor, and .280+/25/25 upside.

When you let a player like Carlos Correa leave via free agency, it’s usually because you can’t or won’t pay his asking price, or you have a young, in-house candidate ready to replace him. In Houston’s case, this was definitely the latter. While it was only 37 games, Pena broke out last season and showed that he was more than capable of stepping in to fill the void at shortstop in Houston following Carlos Correa’s departure. Pena slashed .297/.363/.579 with 18 extra-base hits, 10 home runs, and six steals, and was impressive this spring as well. Long-term, Pena could blossom into a 25-homer bat with help from the Crawford boxes while adding a .270+ average and 10-15 steals as well. Correa is a damn good player, but I have a feeling that Pena is going to flourish as Houston’s starting shortstop.

While he’s off to s so-so start here in 2022, Willy Adames dynasty stock is definitely on the rise right now. Following a May trade from Tampa Bay to Milwaukee, Adames flourished and was one of the top offensive shortstops in the league for the last 2/3 of the season or so. In his time with Milwaukee, Adames slashed .285/.366/.521 with 26 doubles, 20 homers, 58 RBI, 61 runs, and four steals in 413 plate appearances. If he can maintain this level of production over 600+ plate appearances, 100/30/100/5 is well within reach. If his career stats away from the Trop are any indication, Adames surge with Milwaukee could be legit.