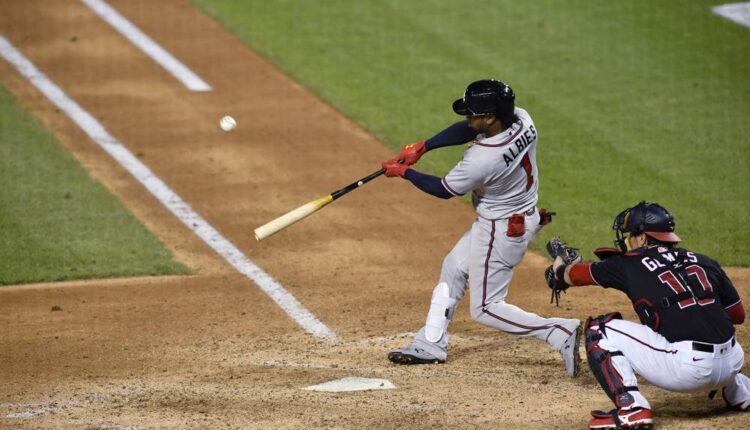 The second base position has often been mocked or ridiculed for being one of the lighter positions in fantasy baseball in terms of star power and offensive production. Sure, it’s no shortstop or outfield, but this position is certainly on the rise with a copious amount of young talent that has recently debuted or will in the next year or two. There are also several intriguing sleepers and some category boosters as well. So, when you think about it, this position isn’t as barren as it used to be. These dynasty second base rankings should reflect that. Enjoy!

Also, keep in mind that there will likely be a few shortstops that move to the keystone. Not everyone can play shortstop, after all.

There really shouldn’t be any surprise as to who the #1 player here is. Ozzie Albies is the one player at this position that has shown elite production consistently over the last few years. Albies just turned 24 and already has two 20-plus homer/10-plus steal seasons under his belt. And in 2020, he put up six homers and three steals in just 29 games after getting off to a slow start. While Gavin Lux has the skills to rise to Albies level or even overtake him, for now, the 24-year-old with proven .280/25/15 production has a stranglehold on the top spot in these dynasty second base rankings. And speaking of Lux…

Gavin Lux at #2? You’re damn right! I’m still all-in on Lux becoming a fantasy stud and likely the #1 player at this position within the next year or two. He’s basically got the same offensive upside as Ozzie Albies with the chance to hit for a slightly higher AVG and OBP. Lux consistently showcased his plus hit tool, plus power, and above-average speed in the minors, and it’s only a matter of time before those tools are on full display at the Major League level. If his rough 2020 debut has opened up any sort of buy-low opportunity in your dynasty leagues, I’d highly recommend capitalizing on that.

After Lux and Hiura, whom I mentioned in my first base rankings, the rankings get a bit hazier. There is plenty of talent throughout the remainder of the top-10, but none that I feel really confident in. At least not at their price tags. Here’s why.

Whit Merrifield: He’s 32 years old now. Gotta wonder how his speed holds up as he enters his mid-30s.

Ketel Marte: Great contact skills but just how much power and speed will he bring to the table?

Cavan Biggio: Value takes a hit in AVG leagues and with Toronto’s recent acquisitions, it looks like he might hit  6th or 7th in the order. Biggio has also been one to rely on his launch angle to accrue home runs, rather than posting higher hard-hit rates or impressive exit velocities. With the ball supposedly being deadened a bit, Biggio’s power could take a bigger hit than most.

Jose Altuve: Without the 20-plus steals, what’s the difference between Altuve and Jeff McNeil? That’s a trick question, there is no difference. And frankly, I’m not sure we see him return to 25 homers either. Altuve posts below-average exit velocities and hard-hit rates and has seen his xwOBACON steadily drop since 2016. He’s clearly on the decline and not a desirable dynasty target unless you can get him for a solid discount.

After this group is where things really get interesting, especially with all the intriguing young talent. Back to back at 12 and 13 are a pair of Nicks than are both highly underrated in my eyes. Obviously, I’m talking about Nick Solak and Nick Madrigal. With Solak, he doesn’t have that wow factor or really stand out in any one area, but he performed admirably at every level of the minors and can do a lot of things well. Even at the Major League level, Solak has hit .277 with a 13/17 pace over a full season. He’s going to have multi-positional eligibility too, at least for the short-term.

As for Madrigal, the knock on him has always been his lack of power. Listen, I get it. Having a guy that is basically a complete non-factor in HR and RBI isn’t ideal, but Madrigal has the tools to stand out in the other three main 5×5 categories, AVG, R, and SB. Throughout college and the minors, Madrigal proved to be an elite contact hitter with plus speed that was incredibly difficult to strikeout. That hasn’t changed at the Major League level in 2020 as Madrigal quickly established himself as one of the game’s elite contact bats, ranking 5th in Z-Contact%, 1st in O-Contact%, and 2nd in Contact% among hitters with 100+ PA while also having the 3rd lowest SwStr%. His .300/25 SB upside is very enticing when given his reasonable price tag.

Next in the rankings is another underrated asset. Mike Moustakas isn’t the sexiest profile around, but he’s remarkably consistent and is annually one of the best power bats at the position. Since the start of the 2018 season, Moustakas has the 28th most home runs (71) and 28th most RBI (209). The only 2nd baseman ahead of him in either category is Max Muncy with 82 homers.

In the teens, you’ll find three high-upside prospects in Jeter Downs, Vidal Brujan, and Nick Gonzales. I’ll get into them more in my 2nd base prospect rankings in a few weeks, but all offer plenty of intrigue. Downs possesses 20/20 upside and should grace Fenway Park’s infield dirt sometime this season. Brujan is one of the top speed threats in the minors and has shown a plus hit tool, great approach, and maybe even double-digit pop as well. Gonzales went on a tear in the shortened 2020 collegiate season and could be above-average across the board.  These are the three prospects to get really excited about at this position, along with others like Aaron Bracho and Michael Busch.

A little further down the rankings, we have the always interesting Colorado duo of Brendan Rodgers and Garrett Hampson. Just when it looked like Rodgers was in line for the 2nd base gig this spring, he got injured. Of course he did. Hampson also looks like he might have an expanded role this season. Listen, I understand the frustration surrounding these two, but their price in dynasty leagues is dirt cheap right now so it’s worth the chance to roll the dice on one of both of them.