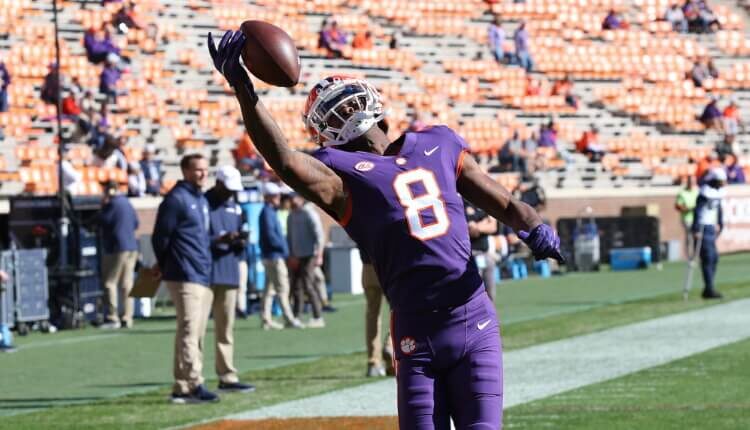 Those of you that enjoy a good mathematic formula should get a kick out of this: Talent + Opportunity – Hype = Sleeper. Finding that dynasty rookie draft sleeper could be what sets your squad apart from your league mates for years.  Rookie drafts usually don’t have more than four rounds. With the talent pool being so top-heavy in rookie drafts, it’s important to make sure that you’re hitting on those later picks. In fantasy football, situation outweighs talent. Please re-read that last sentence. As we touch briefly on five talented rookies who are in good situations, we’ll be focusing mostly on opportunity, not previous statistics.

Former Cardinals RB, Chase Edmonds is now a Miami Dolphin. Knock, Knock. “Who’s there?” It’s Mr. Opportunity, and Keaontay Ingram just happens to be the one who gets to answer the door. James Conner signed a three-year deal in the offseason, but he’s also an RB who has had durability issues in the past. Regardless of Conner’s status, this is a team that loves the lightning and thunder approach to running the football. When healthy, Edmonds could count on at least 10 carries and 4 targets per game. When you run routes like Ingram, that is plenty of opportunity to make a splash in fantasy.

Keaontay Ingram (RB, USC) with a Hunter Renfro-like route to break himself WIDE open. Ingram has a lot of violence and suddenness in his game. Talented player. pic.twitter.com/tvzQ7sJcN6

Aaron Rodgers doesn’t care if you’re a first-round pick or an undrafted free agent. All he wants is for his receivers to run the correct routes and be in the right place at the right time. There is no guarantee that Christian Watson is able to do that right away. When it comes to Aaron Rodgers, it takes a lot more to gain his trust than it does to lose it. All it takes is a couple of crucial drops in 7-on-7’s and the veteran quarterback might start thinking twice before cutting it loose in your direction. In the tweet below, Yahoo’s Liz Loza points out that Watson’s college career drop rate sits at 12.7%. With the departure of Davante Adams, Aaron is in need of a new favorite target. Doubs has an equal chance at becoming that guy, offering you extreme value at the back end of drafts.

The MVS comp is spot on. But don't tell me Aaron Rodgers "got his guy."

Another hyphenated running back out of LSU. The other one is working out so well in Kansas City, right? HC, Kyle Shanahan covets a running back who hits a hole hard and does not shy away from contact. TDP’s one-cut style of play is no doubt one of the reasons the Niners selected him with the 93rd pick. TDP is only considered a sleeper because Hall, Walker, and Cook are being drafted ahead of him. Tyrion is the only back mentioned to be drafted to a true run-first team. Not including Deebo Samuel’s 59 carries; 49ers RBs accounted for 348 attempts. It seemed like every RB on the roster was injured at one point or another last season. TDP should come in right away and compete for touches in this backfield that rides the hot hand. Watch Price make one cut, hit the hole, and punish the defender.

“Rookie tight ends don’t produce.” Tell that to Kyle Pitts and Pat Freiermuth. These days, tight ends are coming into the league with the skill sets of wide receivers. Cole Turner is no different; this dynasty rookie draft sleeper pick has a chance to make an impact right away. Starting TE, Logan Thomas suffered a season-ending ACL tear on December 5 against the Raiders. His surgery is supposed to require a 10-month recovery. If that timetable holds true, that would put his return somewhere around the Week 4 mark. In his post-draft press conference, Coach Ron Rivera compared Turner’s catch radius to that of former Panther, Greg Olsen. Cole’s pass-catching abilities have not been exaggerated, he can go up and get it! He proved himself a very reliable target for Carson Strong, now he gets the chance to be the same kind of guy for Carson Wentz.

Loved Cole Turner’s landing spot with the Commanders. Could make an impact in 2022.pic.twitter.com/E24g0hCSwb

Back in 2018, had I told you that Justyn Ross would be a “sleeper,” you would laugh. Had I said he’d go undrafted, you would call me a liar. He would total 1,865 receiving yards and 17 TDs in his first two seasons at Clemson. His 2020 season was lost to a congenital spine condition that required surgery. He returned to play 10 games last season but suffered a stress fracture in his foot. It is undeniable that Ross is a dangerous man when he is on the field. His injury history is obviously a concern, but his landing spot sure isn’t. Ross can be for you, what he is for the Chiefs. That’s a risk-free addition with a huge upside. Justyn’s situation is very similar to Doubs’; there’s an elite QB in need of a new number 1 WR and all the candidates are unproven entities.

Justyn Ross — this Justyn Ross👇🏻— didn’t even get a Saturday night UDFA contract?

I understand he’s a significant medical red-flag… but what risk is there now?