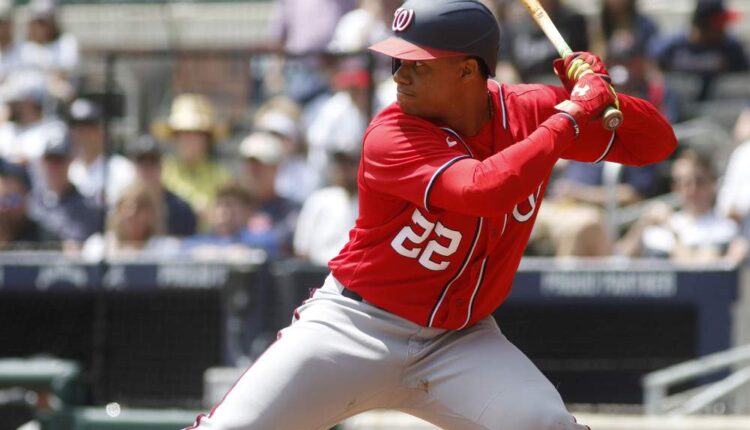 The outfield position has always been lauded for its elite talent and immense depth. That talent and depth seemingly grows with each passing season as more and more top prospects emerge and Major Leaguers add outfield eligibility. Over the last year, we’ve added players like Fernando Tatís Jr, Andrew Vaugh, Daulton Varsho, Josh Bell, Ryan Mountcastle, Gavin Lux, and others to the outfield ranks while witnessing the breakouts of Cedric Mullins, Tyler, O’Neill, and many more. All of this makes for an exciting top-150 dynasty outfield rankings.

And as a reminder, proximity factors in more heavily in my dynasty rankings than it does in my prospect rankings.

When the Cubs signed Japanese outfielder Seiya Suzuki this offseason, expectations were already high given his track record in Japan. Suzuki was a career .309 hitter in Japan while showcasing 30-homer power and an exceptional plate approach that often led to more walks than strikeouts in a season. It’s only been a week and a half for him in the Major Leagues, but Suzuki has already blown through expectations. In 35 plate appearances, Suzuki is slashing .400/.543/.960 with four homers, 11 RBI, seven runs, and as many walks as strikeouts (9).

So, basically, he’s performing the exact same here in the Majors as he did in Japan. Granted, it’s only been nine games, but this was about as good of a start as we could’ve hoped for. Suzuki has yet to attempt a steal and probably won’t be more than a 5-6 SB contributor, but that could come with a .270+ AVG, .375+ OBP, 25+ home runs, and 175+ R+RBI. If he reaches that level, he’ll be a top-20 outfielder and top-50 overall player in dynasty leagues. And remember, he’s still only 27.

One of the biggest breakout performers of the young season has been Guardians rookie outfielder, Steven Kwan. The contact-oriented outfielder has come as advertised this season with a .385 AVG, .541 OBP, and 21.6% walk rate this far compared to a 5.6% strikeout rate. Kwan has already established himself as one of the best contact hitters in the game and one of the hardest to strike out. Through his first 37 plate appearances, Kwan has a stellar 5.3% whiff rate, 18.7% chase rate, and a 0.6% SwStr rate while leading the majors in contact and zone contact rates. For a rookie to step in and post these metrics is highly impressive.

On the flip side, Kwan has yet to hit a home run or steal a base. These elite contact and swing metrics are nothing new for him given what we saw him do in the minors, especially in 2021. However, Kwan has never shown a big power/speed blend, which limits his overall fantasy impact. So far in 2022, Kwan has recorded a 16% hard-hit rate, 4% barrel rate, and an 82.1 mph AVG EV. Kwan did rack up 13 homers and five steals in 77 games last season, but projects more as a 10-15 homer, 5-10 steal player moving forward. So while he’s definitely on the rise and a potential top-50 outfielder longterm, don’t go crazy to acquire him in dynasty leagues.

Another young player surging to start the 2022 season is Jesús Sánchez. Through his first 36 plate appearances, Sánchez has hit .343 with a .657 SLG, .314 ISO, and two home runs with six runs and 8 RBI. This coming after Sánchez broke out in the power department last season with 14 homers, .238 ISO, and a .489 SLG in just 251 plate appearances. But while the power has been impressive, Sánchez has basically stopped running in the Majors and this former .300 minor league hitter has hit just .244 in the Majors including .251 last season.

Is he a .250 hitter moving forward or closer to the .300 mark he showed in the minor leagues? Honestly, it’s probably somewhere in the middle. Sánchez has an above-average zone contact rate this season but also has been chasing and whiffing above league average as well. His aggressive approach and lower walk rate will limit his AVG a bit, but he still possesses the contact skills and quality of contact metrics to settle in around the .270 range to pair with 30-35 home runs and solid counting stats.

Does that remind you of anyone? Eloy Jimenez perhaps? Longterm, I don’t see a big difference in their profiles, but you can acquire Sánchez for much cheaper in dynasty leagues right now. Movem quickly though as his price tag is likely only going to rise from here.