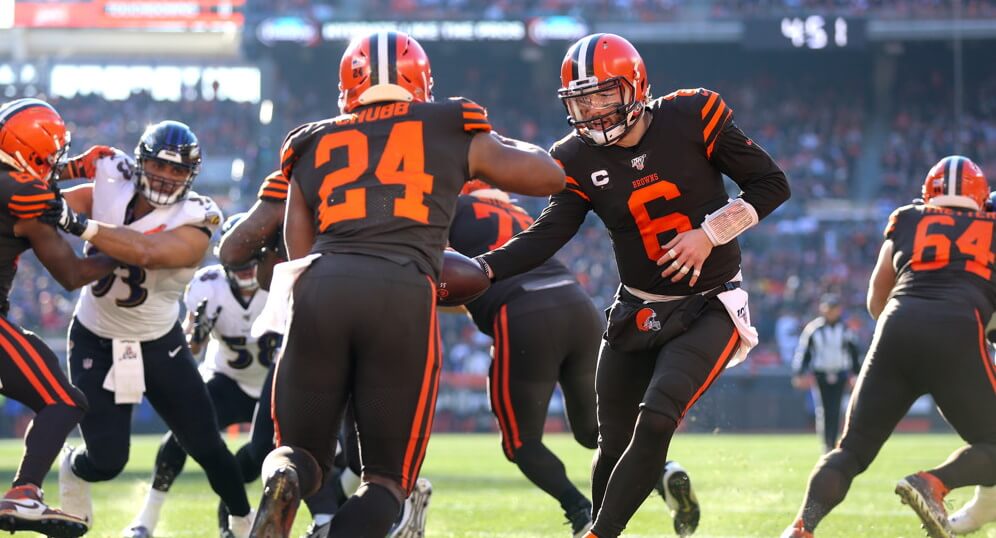 In my previous article, we discussed why dynasty football can be the more rewarding format long-term as well as why it’s advantageous for redraft players to play dynasty. So if you’ve decided to dive in and join a dynasty football league for the first time, there’s a lot that separates a dynasty startup draft from an average draft in a redraft format. Here are some pointers to keep in mind for your dynasty startup if you’re taking the plunge.

It sounds simple, but there are a lot of variations of starting spots, scoring settings, and other quirks that make each dynasty league unique. Superflex or 2QB formats which allow or even require starting two quarterbacks every week greatly increase the value of quarterbacks. Even in 1QB formats, a league that starts two wide receivers vs. one that starts three or four wide receivers can tilt the dynamics of running back value vs. wide receiver value. Many diverse scoring rules also exist. Tight end premium (TE prem) formats in which tight ends receive more points-per-reception than running backs or wide receivers increase the value of tight ends, whereas point-per-carry (PPC) scoring formats that award points for each rushing attempt place a premium on workhorse running backs. Knowing that Travis Kelce outscored Keenan Allen by nearly 60 points in TE prem formats last year or knowing that Mark Ingram outscored DeAndre Hopkins by nearly 30 points in PPC formats last year can create massive value opportunities if league mates are following standard ADP data during the startup draft.

2. Picks are Generally Cheaper Than Players During a Startup Draft

The startup 1.12 draft pick sounds much less sexy than a name like Nick Chubb. Dynasty owners will generally sell startup picks for less prior to that pick becoming an actual player on their roster. If you really believe that a player is undervalued or just really love a player that’s still available, don’t be afraid to trade up to draft him. That player will likely cost far more to acquire once he’s on a dynasty team.

3. Trading During the Startup is Key

The fact that players are generally cheapest to acquire during the startup draft leads directly to this next point. Trade early and often during the dynasty football startup draft. This is your chance to immediately build a roster exactly how you want. Most redraft formats don’t allow trading during the draft, so the ability to be flexible can be a huge advantage…as long as you select the right players. Be aware of current market value and ADP for various players, as it could be wise to select a player that you don’t particularly like but that others love. My personal example would be D.J. Moore, who I think is overvalued. However, I would still target Moore in startup drafts if I believe that I can then sell him for profit.

How exactly does one target overvalued or undervalued players in a startup draft? Well, it helps if you know your dynasty league mates. Real-life friends or acquaintances are of course easiest to read and predict, but even if you’re joining a startup with people you’ve met via Twitter or Reddit, you can still go into the startup with a bit of knowledge. A quick scroll through their tweets or Reddit post history can help you glean some favorite players or preferences from your future league mate. For instance, just scrolling through my own Twitter feed, you could deduce that I’m very high on Kyler Murray and Mecole Hardman from this tweet and this tweet. Based on that information, if I’m drafting one spot after you in a round where you’re contemplating drafting Murray, you should probably do so or risk losing him. In this age of technology, social media is a crucial tool even if you don’t know your dynasty league mates well in real life.

Dynasty formats devalue older players who are projected to decline, especially those nearing or past the age of 30. Players like Julio Jones, who were once considered elite dynasty assets barely a year ago, are now ranked far below younger players like Tyreek Hill and JuJu Smith-Schuster. Bear in mind during dynasty startups that you are in theory keeping these players forever. And even if you are planning to make trades to sell these older players down the line, their market price may quickly dip far below what you paid to acquire them.

With all that being said, veterans can become undervalued buys if the pendulum swings too far. For teams who have built a strong roster through the first few rounds of the startup draft that is poised to immediately contend, it may be beneficial to then take a calculated risk in targeting some older veteran players. A veteran wide receiver like T.Y. Hilton or Julian Edelman may not fetch much in a trade, but for teams ready to immediately contend, their short-term production may outweigh their impending decline in value. If one or two more seasons of fantasy WR1 or WR2 production from such a veteran wins you a fantasy title, then it hardly matters if they become ineffective or retire while still on your dynasty roster shortly thereafter.

Most fantasy football players partake in some measure of research for redraft formats, but the scope of such research broadens for dynasty formats. Rather than just looking up rankings and sleeper articles prior to a draft, many offseason trade or rookie draft opportunities must be capitalized upon in a timely manner. As in life, timing is everything in dynasty, and two big areas of dynasty research are player contracts and coaching changes.

Player contracts and team salary cap data are all readily available, but it requires time and effort to sift through impending free agents and potential landing spots based on which teams have both the need and available salary cap to pay for them. One example here would be Kenyan Drake, who is a sell-high for me prior to free agency based on the reports of him wanting $8 to $10 million annually. Though it’s still possible that Drake will remain in Arizona, I would project that the Cardinals are unlikely to re-sign Drake this offseason at his requested price given that they already owe David Johnson $14 million in 2020 and have Chase Edmonds on a cheap rookie contract. Though Drake performed well as a Cardinal in 2019, Arizona would need to first find a trade partner to take on Johnson’s massive salary prior to retaining Drake.

The other area that sometimes requires deep dives into research are coaching changes, and even then their impact is hard to project. Head coaching hires like Matt Rhule in Carolina and Joe Judge in New York are often exciting for fan bases, but their impact on the offense and specific players’ fantasy production is difficult to divine. But coaching changes go far deeper than just the head coach level. An offensive coordinator change like Alex Van Pelt in Cleveland working alongside new head coach Kevin Stefanski makes Baker Mayfield, Nick Chubb, and Odell Beckham Jr. dynasty buys for me. Aaron Rodgers thrived under Van Pelt during his tenure in Green Bay, and Dalvin Cook was excellent last year with Stefanski, though supporting factors like Rodgers’s own talent and Minnesota’s quality offensive line come into play as well. Going even further past the coordinator level, supporting coaches can greatly impact fantasy production as well. For instance, the retirement of New England’s offensive line coach, Dante Scarnecchia, could be a big loss. His departure makes Sony Michel a clear dynasty sell for me, though this could actually benefit James White in that less time for Tom Brady in the pocket could lead to increased check down throws and designed screens for White.

The phrase “best player available” is often mentioned when discussing dynasty, but it’s a difficult rule to follow when owners are staring down empty roster spaces during a dynasty football startup draft. Whether it’s zero-quarterback strategies or zero-running back strategies or whatever it may be, the most important rule is to remain flexible during a startup draft. It hardly matters if you leave the draft with no tight ends or only one starting running back if you have an abundance of talent at other positions. Remember that most dynasty startups occur in March, April, and May during the offseason. You have three or more months to make trades and draft rookies before you need to worry about fielding a starting lineup in September.

9. Go Get Your Guy! Don’t Worry Too Much About ADP

At the end of the day, you can draft players with the intention of flipping them for profit or wait on players that you think will drop to you. But there’s no better feeling than believing in “your guy” and watching him succeed on your roster. It’s okay to ignore ADP sometimes in dynasty football startup drafts to acquire the players that you truly believe in and want on your team. Sometimes it works out, and sometimes it doesn’t, but it’s worth the risk. Tyreek Hill was a player that I acquired everywhere a few years ago despite his BMI and “undersized” frame, and that worked out beautifully. On the other hand, I drafted Kevin White over Amari Cooper in quite a few rookie drafts, and that decision blew up in my face spectacularly. But even so, I would’ve forever regretted it had I drafted Cooper only to watch White explode on an opponent’s dynasty roster. Listen to expert analysis and use ADP as a guide, but at the end of the day, have faith in yourself and go get your guy.

This might be the most important rule of all for a dynasty football startup draft. Remember that while dynasty league mates may come and go, you’ll be playing with many of them for the next 10 or 20 years or more. Whether it’s trade negotiations or general banter, keep the trash talk flowing but respectful. There’s nothing worse than burning bridges that lead to either the collapse of the league or in dynasty owners ignoring your future trade offers. We’re all in it to win it, but maintaining civility and respect in your leagues should be a top priority. Don’t ruin the league for yourself and/or everyone else.

Remember these guidelines as you enter your dynasty startup draft. But then again, feel free to throw caution to the wind and draft however you like. After all, it’ll be your dynasty team…forever. Good luck!

What’s your take on dynasty football startup strategy? Drop some knowledge in the comments below!