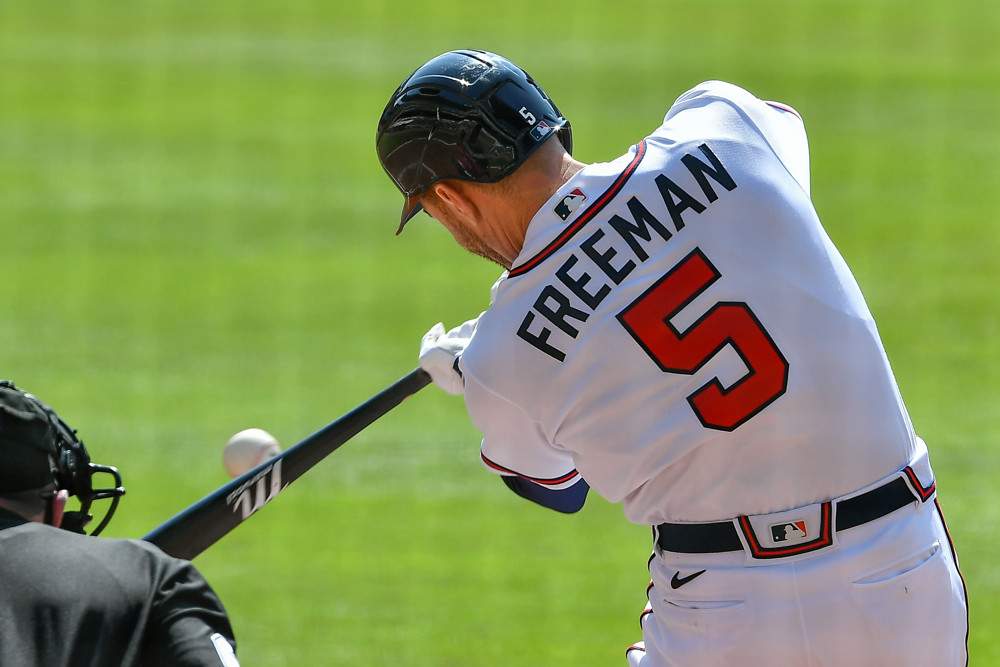 The first base position in our fantasy baseball world has long been looked to for power and all-around top-notch offensive production. That isn’t changing as we enter the 2021 season. This position remains loaded with talent, but the next wave has taken over as future hall of famers like Albert Pujols, Miguel Cabrera, and Joey Votto (maybe) ride off into the sunset. We even have two intriguing new additions to this list after a pair of top players from other positions have transitioned to first base this season. With their additions, my top-50 dynasty first base rankings are just that much stronger.

This position is very interesting top to bottom. At the top, you have a three-man first tier with two that have proven to be elite talents and one that most everyone thinks will be elite at some point. Yes, obviously I’m talking about Vladimir Guerrero Jr. Should he be ranked this highly? That’s certainly debatable, but there’s no denying the four-category upside is still enormous. But Vladdy is going to have to start driving the ball in the air more consistently (51.3% GB, 31.2% FB in MLB) to take advantage of his massive raw power. He’s down 40 pounds and driving the ball in the air regularly this spring, so is this going to be the year?

A new addition to this position is former second baseman Keston Hiura. Expectations were high for Hiura entering his sophomore season, but he unfortunately able to avoid that dreaded sophomore slump, finishing with a .212/.297/.410 line in 246 PA. This after an impressive .303/.368/.570 line in his 2019 debut. Hiura does whiff a bit too much (40+% against all three pitch classifications), and did see a big drop in his average exit velocity last season, but the barrel rate remained high and Hiura has shown that he has the power to annually flirt with 30 HR. While I don’t expect a return to .300, around .275 with 30 homers and 180+ R+RBI should be attainable for Hiura annually. That would just look a tad better at second base than here at first.

Two spots behind Hiura is the man that could join the elite tier at this position within the next couple of years. Spencer Torkelson is one of the best sluggers drafted in the last half-decade, possessing .275+/40+ upside. While Detroit is going to at least entertain the idea of using Tork at the hot corner, they have plenty of other options to use over there and far fewer potential long-term options at first base, which is where I think Torkelson ultimately ends up. Andrew Vaughn isn’t far off from Torkelson in overall potential but doesn’t quite have the same power. He’ll be up first though, potentially as early as opening day this season. Both are high-ceiling, high-floor options worth investing heavily in for dynasty leagues.

The back-end of the top-10 and just outside of the top-10 is where this position really gets interesting. This is also where a lot of the best value plays are as well. It honestly didn’t feel right putting Paul Goldschmidt at #9, but he’s now approaching his 34th birthday and this isn’t a position where many age gracefully. Just ask Albert Pujols and Miguel Cabrera. Granted, I’m still expecting a few more years of good production from Goldy, but his best days are behind him.

Behind Goldy, Anthony Rizzo, Matt Olson, and Max Muncy all endured down 2020 seasons, but remain starting-caliber players at this position. On the flip side, was the production we saw from Luke Voit and Dominic Smith legit and sustainable? There sure are a lot of questions in this area of the rankings.

Personally, I’d be buying low on all of the first three mentioned above, especially Rizzo. Before 2020, Rizzo had strung together six straight seasons of a .273+ average and .376+ OBP. And in 2020, all of his approach and contact metrics were in line with what he showed in 2019, but his BABIP dropped 88 points,. I’m buying a return to pre-2020 levels for Rizzo. Both he and Olson make for solid buy-low targets in OBP formats especially.

The remained of the top-25 is filled with mostly young and rising talent. One, in particular, I’m buying absolutely everywhere is Trey Mancini. Before missing all of 2020 dealing with cancer, Mancini was a top-50 player in 2019 on the strength of his .291/106/35/97 line. A return to that level would put him in the top-10 discussion here. That 2019 was no fluke either.

Another I’m buying shares of right now, especially in OBP leagues, is Bobby Dalbec. The young Boston slugger has 35-homer potential and his high walk rate (11.7% in MiLB) should keep his OBP respectable, even if he’s only a .240 hitter due to all the strikeouts. And in Boston’s lineup, Dalbec could flirt with 90 RBI hitting 6th. He’s not even the most exciting first baseman in this system though. That honor goes to prospect, Triston Casas. The 2019 first-round selection i garnering a ton of buzz right now, and rightfully so. He has the upside to rise into the top-10 at this position and maybe even the top-5. For more on him, check out my Casas profile from earlier this offseason.

Rounding out the top-25 is one of my favorite breakout picks at this position, Evan White. The 2020 season, was extremely rough on the surface (.176, 41.6 K%), but White was one of eight hitters in baseball last season to finish 80th percentile or better in hard-hit rate, exit velocity, barrel%, and sprint speed. Four of the other seven were some guys named Fernando Tatis Jr, Ronald Acuña Jr, and Mike Trout. No big deal.

Two other great targets that you can likely get for a reasonable cost are CJ Cron and Rowdy Tellez.