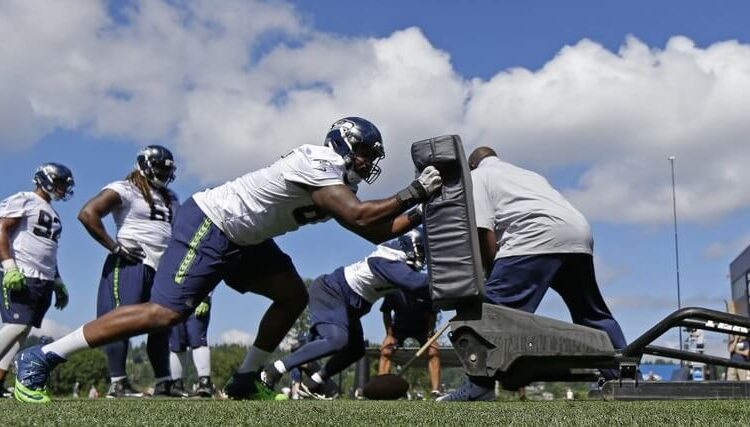 According to a recent survey conducted by Nielsen Data over 6.2% of the entire US population had participated in some iteration of fantasy sports as of 2017. With an estimated population of 329 million Americans as of May 2019 (according to the census bureau), we can reasonably assume that more than 20 million Americans have an active interest in fantasy leagues. Most of these participants are fans of fantasy football and the number continues to grow daily. The next step forward for the fantasy football industry is the dynasty league and this series of articles will be your guide to navigating these increasingly complex leagues. Class is in session, consider this Dynasty Fantasy Football 101.

Can’t wait for fantasy football season? Who are we kidding? It’s always dynasty time! Leagues are now forming at Fantrax.com!

What is a Dynasty League?

Often confused with a “keeper” league, a dynasty league is one in which your entire team is rolled over year to year. There is no safety in a reset after the draft. Instead, decisions regarding whether or not to keep, trade, or cut a player are long-lasting and have wide-ranging consequences. This is fantasy football for the addicts, the degenerates, the diehards… and it’s GLORIOUS!

There are several types of league formats that should have an effect on your team building strategy. We’ll go over some of the most popular ones. The standard scoring format is PPR (point per reception), 4-point per pass TD. (variations to these scoring formats do occur)

IDP Leagues = Individual Defensive Player leagues eliminate team defenses and allow you to draft single players to fill out S, CB, DE, LB, and DT spots in your league. If you’re a fan of defense this is for you.

Superflex Leagues = These leagues correct the issue in 1QB leagues of devaluing the QB position. Having to start two per week forces league GMs to deal with scarcity at the QB position commensurate with the other position groups. 3 starting QBs are the goal.

Two QB Leagues = The only difference between SF and 2QB leagues is that two spots on your team MUST be filled with QBs. In superflex leagues another player can be inserted into the SF position. This forces GMs to roster 3+ QBs to remain competitive during bye weeks.

Contract Leagues = These leagues introduce the added consideration of balancing a budget along with your roster. These leagues encourage trades for reasons other than youth and team situation.

TE Premium Leagues = 1.5 points per reception (or more) is assigned to the TE spot in this format to boost TE scoring. The actual effect is negligible other than adding further value to top tier TEs.

2-TE Leagues = Having to start two TEs a game with the state of the position is brutal but an interesting wrinkle if used correctly. This just adds extra trade value to the TE position group.

A draft strategy that revolves around going as young as possible in startups. The goal is not to win in year one, rather, to set your team up for the long haul. The danger with this type of strategy is that young players often don’t pan out in a very predictable manner. Productive struggles littered with players who bust out will take ages to compete.

The 180 about-face from the productive struggle is the “all-in” win now squad. In startups, there is an innate aversion to older veterans, often to the detriment of immediate point potential for fantasy gamers. People utilizing win-now strategies aim to win in year one and are comfortable with players past their age apex if it means a championship this year. Of course, the danger is the clock that this type of strategy puts you on. If you can regain your buy-in with a win immediately, all is well, but significant portions of the roster will need to be turned over very soon.

The best strategy is a mix of both. Decide what lean works bets for you but keep the downfalls of both strategies in mind.

I hope this serves you well as an introduction to Fantrax Dynasty Fantasy Football. Catch the next installment for more in-depth dynasty fantasy football league strategies.