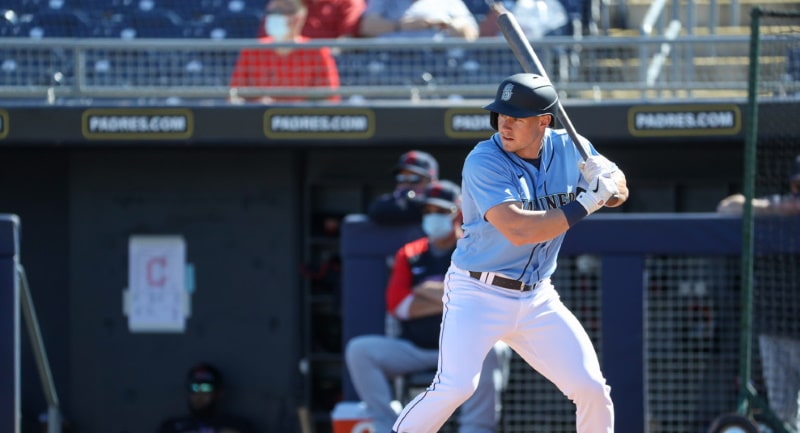 Dynasty rankings are something that many, if not all dynasty baseball managers use – whether you create you own or if you utilize an expert’s rankings – most managers employ some rankings at least some of the time. For the purpose of this article, I’m going to assume that you utilize others’ dynasty rankings, either in addition to your own or because you do not compulsively have the desire to rank 500+ players and prospects.

When I began playing dynasty baseball in 2013 the main source of dynasty rankings was over at the Dynasty Guru and I utilized those rankings a lot in learning and thinking about players and players value as I entered the amazing world that is dynasty baseball. I admit though, that I over-utilized them, looking at the rankings of players in trades as the end all be all of if a trade was good or not, and early on made plenty of trades that were probably rather indefensible and, bluntly, bad trades.

However, rankings must be only the starting point for a good fantasy baseball manager. As many rankers write above their rankings (you know the part you never read when you skip the rankings), the rankings are done with certain, often more common, league setups in mind. While some rankers like Ian Kahn at the Athletic have made “win now” and “win later” lists that can be helpful (hear him talk more about those on Episode 21 of Toolshed), most rankings are a mix of prospects and major leaguers. For example, in Eric Cross’ most recent Top 500 Jared Kelenic is 27th , Wander Franco 29th, and D.J. LeMahieu 62nd. And while Kelenic and Wander will likely impact Major League and fantasy rosters in 2021 – if you are a contending team, especially in a roto league, the value of LeMahieu may be higher value for you (no I’m not saying trade Kelenic or Wander for D.J.).

In addition to contention window, your league settings matter immensely. If you are in a league like my 30 Rock league that rosters over 1800 players and where the waiver wire has no practically no major leaguers, the value of some players changes where you’ll see future top 5 round draft picks traded for the likes of Dillon Maples (as recently happened).

How to Use Dynasty Rankings

So, how can you as a smart fantasy baseball manager utilize the great work rankers like Eric and Chris Clegg do here at Fantrax. How do you utilize them all together, and then how, within the context of your league, can you use them as a resource to help draft, make trades, and add/drop players?

So, to start – some of my favorite ranks and then how you can utilize them. Of course, you can and should look at Cross’ and Cleggs’ great rankings on our site and you can get even more them if you use the Toolshed Patreon. But some of the other great ranking sources include the aforementioned Dynasty Guru, where you can get Dynasty and Prospect Ranks from the likes of Shelly Verougstraete, Jordan Rosenblum, and Keaton DeRocher, you can check out Dave Eddy’s amazingly deep dynasty ranks over at Fantasy Six Pack, Imaginary Brick Wall, the aforementioned Ian Kahn and other rankings at the Athletic, and finally the ranks at Baseball Prospectus from Bret Sayre and Jesse Roche.

Many of these are in a very easy format to download or copy and paste into a google sheet or, my preference and recommendation, an excel spreadsheet if you have access to Excel. Some of these sources are more difficult depending on the layout, but with some basic Excel usage (coming in a future series) you can parse out that data to get it into a sheet.

Since rankings are only a tool and should NEVER be the only tool in your toolkit, I also find it helpful to look at rankings from rankers I respect in aggregate. It does not take long to notice how very very smart dynasty analysts differ drastically on different players. As such averaging out these rankings help when you are using them, either as a quick check or if (God forbid) they are your only standard for analysis.

I can then also break down each roster in every league I’m in by easily downloading the rosters from Fantrax and seeing my overall rosters and how it stacks up with others.

So for example: one of my rosters

I can see where everyone ranks them, where the prospects I have are ranked and their projected ETA, and their age (color scaled). Then lower down on the table if I enter in any player it pulls in all of that relevant data from the other sheets, giving me this information for my consideration quickly and cleanly.

All of this demonstrates how rankings can be helpful. But they are only a piece of the process no matter what the reason is that you are looking at them. Here are some of the main ways a tool like this can help:

First, when you’re looking at the rankings for draft prep, be it to look at who hasn’t been drafted in a startup or who hasn’t been kept in a dynasty/keeper, you can easily sort and see who is and who isn’t owned. If you download all players from your league page, filter out the players who aren’t free agents, and then sort by the rankings you have a good idea who the best available players are in the league.

Second, when you’re looking at making a trade this can be helpful. Now – again – it’s helpful, not the end all be all. If you’re making a 1-1 you can see who the “better” player is by the rankings, but this does NOT mean that that is the best player for your team. Maybe you are contending, and so you want the “lower” ranked player because they are producing right now. Or maybe you’re a retooling/rebuilding team and so you actually want the lower-ranked person who is 19 verse the higher-ranked 33-year-old because it fits your window.

However, rankings, unless custom made for you, your league settings, and your current team status, (and even then) are not the end all be all of who you should or shouldn’t own. This isn’t a consumer reports list of what grill you should buy, they are a guide, a list of names in a particular order.

But they can be a helpful guide – be it a 1-1 trade, a 3-3 or a 2-5 deal, looking at the ranks can be a quick litmus test to discern if an offer is worth pondering or countering AND if it is a deal that is worth offering to another manager (side note: if you wouldn’t accept the deal if you were in the other manager’s situation/team don’t offer it – I’m sure I’ll write a whole piece on trade edict for you later since it is a crucial part of dynasty team building/managing). However, they are just a guide. A team may say no even if the rankings you are looking at are for your sort of league and even if the aggregate says they “should make the trade”, and indeed you shouldn’t necessarily do it even if the ranks “say” you should.

However, when that happens, it’s not a cause to freeze, or even to necessarily seek expert advice on Twitter, this is an invitation to do your own research and consult resources. This is when you

All of this is to say a list is NOT the end all be all, but it IS a great tool, and a great place to start. You cannot use a rankings list as your only tool, but you should consult them when analyzing trades, players, and draft prep.

The final point to make on rankings, is they are someone else’s opinion and someone else’s research. As you develop as a fantasy manager (which you should always be doing), these should only be one of the many tools and resources you utilize in your fantasy researching as you analyze, develop, and grow as a manager. So go, check out the rankings, build a spreadsheet if you are able (and if not look for my upcoming “Excel-ing at Fantasy Baseball” series), and then go and supplement that knowledge with some additional research!