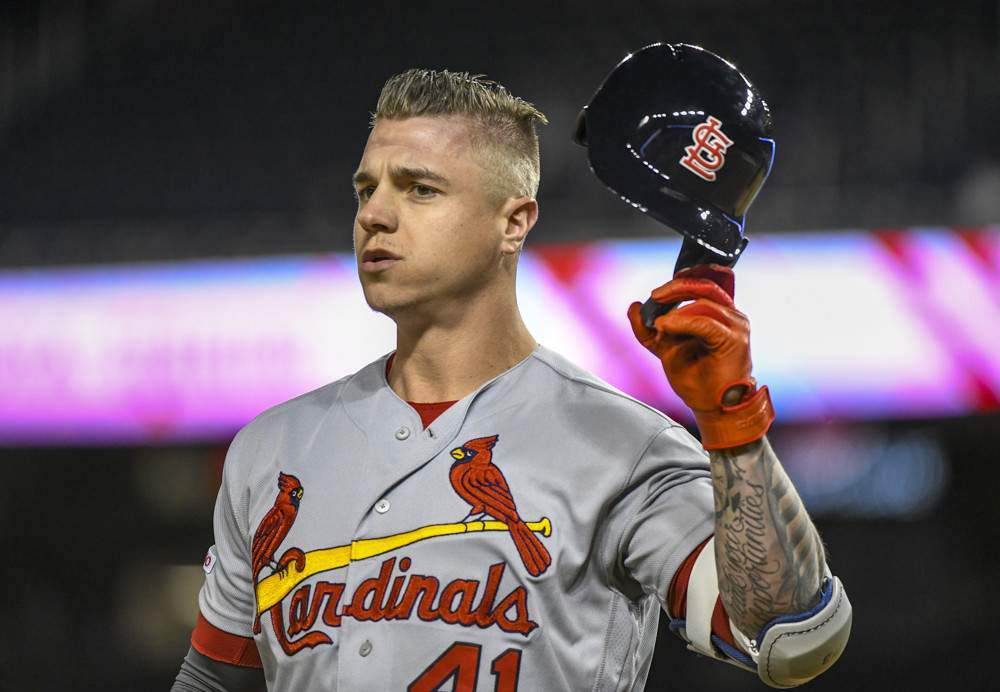 One of the reasons why dynasty fantasy baseball leagues are so enjoyable to play is that they’re a 24/7/365 league where you’re always looking to make adjustments and improvements to your team. What, you’ve never made a dynasty trade at 2:30 in the morning in the middle of December? Liar! Another great aspect is that all players have value in some way, shape, or form. Okay, maybe not ALL players, but you smell what  I’m cooking.

Take Byron Buxton for example. There have been multiple seasons in his career where he’s been un-rosterable and dropped in re-draft leagues. But not in dynasty leagues. Even with his poor performances, he still was worth holding onto in dynasty leagues. Maybe you even acquired him on the cheap when his value was at it’s lowest. Low risk, potentially high reward. Those are the best types of acquisitions in dynasty leagues and I believe the below players can be just that for your dynasty teams.

You all should know how I feel about Garrett Hampson’s upside by now. The plus hit tool and speed are apparent right away when watching Hampson play, but those tools haven’t yet translated into production at the Major League level. The Colorado Rockies haven’t really done him any favors either with the sporadic playing time. After a fairly solid showing during his 2018 debut, Hampson has struggled mightily this season to the tune of a .203 average and 38/6 K/BB ratio through 128 Major League at-bats. That’s not the Garrett Hampson I’ve come to know and love during his time as a prospect. That plate approach especially is not very Hampson-like.

One thing I cannot stress enough here is to believe in the raw tools that made him a top-50 dynasty prospect. If there was a question surrounding his contact skills or approach, then worrying about his longterm value would be reasonable. Due to the struggles and inconsistent playing time, his dynasty value might never be lower than it is right now which makes it the perfect time to swoop in with a buy-low offer in dynasty leagues. Low-risk, potentially very high reward.

P.S.- You can basically loop in any young, struggling Rockies players here.

So much power, so little playing time at the Major League level. Like with Hampson above, O’Neill has struggled to find consistent at-bats at the Major League level. A big reason for that is the Cardinals glutton of outfielders, many of which I cannot make a case for them getting more at-bats than O’Neill. First and foremost, O’Neill has one of the higher power upsides of any hitter in baseball. Majors, minors, it doesn’t matter. The man is one incredibly strong individual capable of hitting 40 home runs over the course of a full season. Just look at his minor league per-600 AB average of 39.4 homers as evidence of that. The guy is strong. Just look at that opposite field power below.

Tyler O'Neill with the oppo taco for his team-leading 5th homer! 🌮 pic.twitter.com/gcODQcA1ea

His hit tool doesn’t nearly match his prestigious power, but O’Neill is far from a black hole there and has the skills to settle in as a .250-.260 hitter longterm. Basically, we would be looking at another Khris Davis type of player if O’Neill can ever get a full-time starting gig. And you have to think he does at some point with the amount of offensive talent he possesses. Fellow baseball/prospect writer and resident Cardinals fan, Matt Thompson, of Cardinals live offers this on O’Neill’s situation:

“O’Neil is worth a buy-low for me, and there’s a good chance the owner could be looking for a bit more production. I’d make a few offers to the team with O’Neill if I’m looking to get a potential impact player for cheap. However all the issues we had going into 2019 are still here, and even with Harrison Bader not hitting the team hasn’t been willing to give him any run in center. They’ve been playing Fowler and Jose Martinez over him, and with Ozuna on the IL.

A player with contact issues needs to play everyday, so they are doing the right thing by not using his sporidcally off the bench and letting him get reps in Memphis, but with Ozuna an impending free agent, and one that’s likely not to return since Mozeliak has often criticized him through the media, we still don’t know enough about the him to hand him a starting role for 2020. It’s been a lost year, which should drive his price down a bit.” — Matt Thompson, Prospects Live

Let’s go back in time for a minute. Not too far, just to January through March of this season. A trip so short, you don’t even need to bring a snack. Everyone and anyone was posting their favorite sleeper picks for the 2019 season and Jesse Winker was a common name on those lists, including my own. Winker was coming off a 2018 season where he hit .299 with a .405 OBP and more walks (49) than strikeouts (46). Now, only seven home runs tagged along for the ride, but there was always more power lurking in that bat.

Fast forward back to 2019 and that power has emerged from its slumber. Unfortunately, it’s come at the expense of Winker’s batting average which dropped to .250 after an 0/3 performance yesterday to wrap up the first half of the MLB season. Is he pressing too much trying to hit for more power? Looks like it as his 8.3 BB% is down from 14.7% last season and is the lowest rate of his career. And while he’s been hitting the ball hard, he’s gotten some luck with a 26.0% HR/FB rate which has more than made up for a lowly 24.8% flyball rate.

Ultimately, Winker needs to find a happy little medium here where he can hit for a high average along with 20-25 home runs or so. All of his contact numbers are similar or even better than last year, however, Winker has been victimized by a 73-point BABIP drop. It also doesn’t help that he’s hitting .171 against southpaws this season, .211 against them last season, and is now being benched nearly every time the Reds face one.

The underlying metrics signal good things on the horizon for Winker, making now a great time to pounce. This is a professional hitter that makes consistent hard contact, works plenty of walks, and limits his strikeouts well. If he can figure out lefties, I firmly believe he can still become that rock-solid, full-time leadoff hitter that many projected him to be.

Okay, I think we all can agree that 2018 Jose Ramirez is not walking through that door. But maybe, just maybe, we can get around 75% of 2018 Jo-Ram to walk through that door. That would still be a pretty good player right there. One aspect of the 2018 breakout season that has carried over are the stolen bases. After stealing 34 in 157 games last season, Ramirez is right on that same pace again with right around the same success rate as well. Hardly a consolation prize for the fantasy owners that drafted him in the top-5 back in the spring only to see him hit .218 with a .652 OPS entering the all-star break.

Alright, so we’ve established that the surface numbers stink more than cooked broccoli. However, when you dig a little deeper, there hasn’t been a whole ton of difference from 2018 to 2019. Sure, he’s been chasing a little more outside the zone and his SwStr% is up a tad, but nothing major or concerning. In fact, Ramirez still has the 16th best contact rate and 12th lowest SwStr%. He’s even hitting more fly balls, using the entire field better, and has nearly the same hard contact rate as last year.

While the 2018 season will likely go down as an anomaly in Ramirez’s career, this is not the profile of a .218 hitter. With his contact skills and plate approach, greener pastures should be on the horizon for Ramirez in the batting average department at the very least. If he can get back to the .270-.300 range where he’s been in the past, add in 25-plus steals and double-digit power, that’s still a top-100 type of player.