After a crazy 2020 season, it could be time to buy players who underperformed. Last week we looked at “Three Starting Pitchers to Sell High On.” Today, we will dive in on three starting pitchers that you should consider buying low on in your dynasty Fantasy Baseball league.

Starting Pitchers to Buy-Low in Dynasty

Mike Soroka was off to another solid start in 2020 before an unfortunate Achilles injury ended his season. In 2019, Soroka was dominant in his first full season, logging a 2.68 ERA with a 1.11 WHIP over 174 innings. His strong performance was awarded being the runner-up for National League Rookie of the Year.

Soroka does not overwhelm hitters with a devastating fastball or strikeout a ton of hitters. Soroka does have great command and highly efficient with his sinker. He keeps the ball on the ground at a high rate on his sinker, his go-to-out pitch.

In 214 career innings, Soroka has 15 wins, a 2.86 ERA, and a 1.16 WHIP. He has struck out 171 hitters over those 214 innings, which keep him from being an elite Fantasy Baseball asset. With the solid ratios, Soroka has the stuff to be a solid SP2 for Fantasy purposes.

Unfortunately, Soroka’s 2020 season was ended after just 13.2 innings on a flukey Achilles injury. An Achilles tear typically takes a year to fully recover from. That would put Soroka not pitching until August 2021. The good news is that Soroka began throwing toward the beginning of November and is expected to be ready for Spring Training. You can see the video below that Soroka posted on November 23. He has also grown a pretty sweet flow over that time.

Soroka’s dynasty Fantasy Baseball value has dropped significantly. With the progress Soroka has made, I feel good about him getting back to full strength. While his value is down, now is the time to buy in a dynasty league.

Another injured pitcher, Lance McCullers Jr., missed all of 2019 while recovering from Tommy John surgery. McCullers is an extremely talented pitcher that debuted at 21 years old for the Astros. He posted a 3.22 ERA with a 25 percent strikeout rate in 125 innings in his rookie season.

He has face plenty of injuries and bumps along the way, but the talent is still there for McCullers. Only one season of his career has he posted over a four ERA, giving him a career 3.70 ERA in 508 innings.

McCullers returned from Tommy John this season and showed mixed results but was strong down the stretch. In his first six starts, he allowed 20 earned runs in 31 innings, including an eight-run start against the Diamondbacks. He settled in nicely over his final five starts, posting a 1.52 ERA and a 25 percent strikeout minus walk rate. 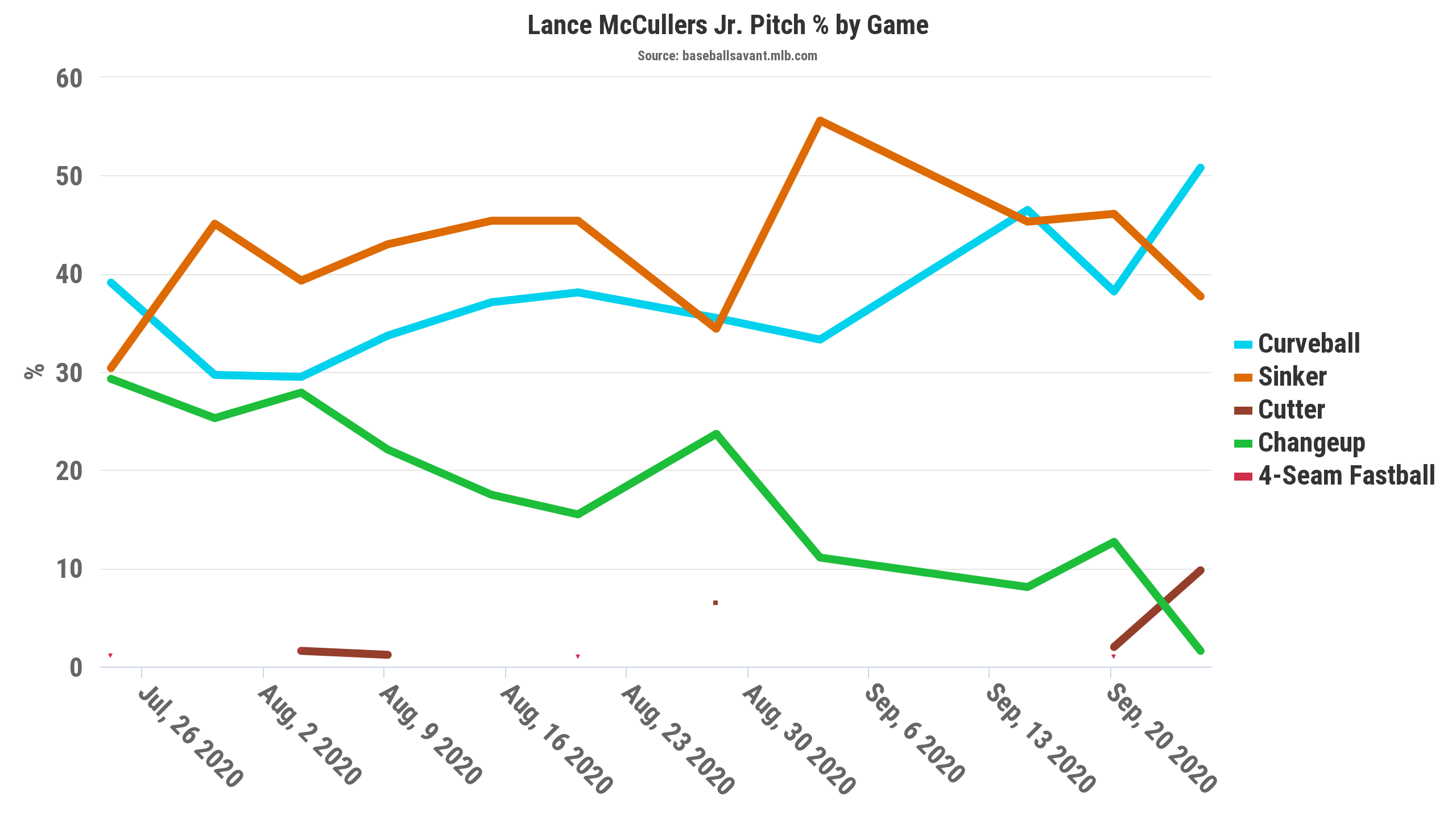 Over those final five starts, McCullers began to use his curveball more. It was his most dominant pitch as he allowed just four hits on the curveball and struck out 16 over those starts. The dominance continued into the playoffs, especially in game two of the ALCS, where he pitched seven innings of one-run ball, striking out 11 hitters. He posted a 47 percent CSW rate during that playoff start, which was the second-highest of any starter all season.

In addition to using his curveball more, he introduced a dominant cutter when he threw, and his changeup was downright filthy. These are all encouraging signs for McCullers moving forward, now two years removed from Tommy John surgery.

It is also interesting that a third of McCullers regular season earned runs came from ONE inning. If you remove that inning, his season-long ERA would have been 2.81. His value seems to be even lower now than ever, and it is a perfect time to check in on acquiring Lance McCullers in a dynasty Fantasy Baseball league.

Padres fans felt like they were stood up on a dinner date when Mackenzie Gore did not debut in 2020. Every time one of the Padres starters went down with an injury, the speculation would build that Gore would be up to fill that starter’s role. Instead, 11 different pitchers made a start for the Padres during the 2020 season, and not one of them was Mackenzie Gore.

It feels weird to be writing about buying low on Mackenzie Gore in dynasty leagues, but the reality is this might be his lowest value ever. I have seen Gore drop on many prospect rankings, with several sets of rankings dropping him below other starting pitchers. Mackenzie Gore is still the best pitching prospect in the Minor Leagues.

After a dominant senior year of high school where Gore posted a 0.19 ERA, 158 strikeouts, and five walks in 74 innings, Gore was selected third overall by the Padres in the 2017 draft. Gore features a fastball, slider, and changeup that are all plus pitches. His curveball needs more consistency but has the potential to be plus.

That's how many pitches it took #Padres MacKenzie Gore to breeze through an inning in his #SpringTraining debut.

Here's Gore and the rest of the @Padres' top prospects on their brand-new Top 30 list that just came out today: https://t.co/1NLm8U100jpic.twitter.com/e9jHEdokIS

Gore has a high leg kick and a consistent delivery that explodes towards home plate. His extension gives his fastball a lot of life as he sits between 92 and 96 mph. Gore’s slider is his go-to secondary pitch that sits in the mid-80s. His changeup is his least used offering, but it still projects as a plus pitch. It gets great tumble to it and sits in the low 80s.

The best asset of Gore’s game is his control and command. He throws all four of his pitches for strikes consistently and places them very well. When all four of his pitches are working, Gore is nearly unhittable. He is still working on consistency with each pitch from game-to-game, but Gore should continue to make adjustments and improve his game.

Mackenzie Gore has true frontline starter potential. You cannot say that for most pitching prospects. But Gore can no doubt be a number one or THE number one pitcher in baseball at some point in his career. It may be a stretch to say he is a “buy-low,” but his value has dropped slightly. If the person who rosters Gore in your dynasty league feels that way, it is time to buy Gore. The value won’t remain here for long. Gore is likely to debut early in 2021 and could take off on his way to being a Fantasy ace.