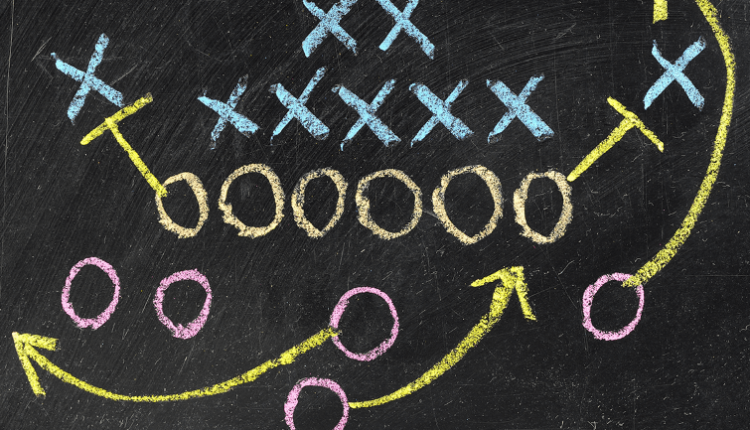 Perhaps the “ideal” dynasty football format is a misnomer, as everyone has a preferred format that seems the most fun to them, and there’s really no wrong way to run a league as long as all the members agree and are having fun. That being said, here are the settings that best fit my preferences when playing dynasty football. It comes down to settings which I think allow fantasy players the most flexibility in constructing different types of rosters to win rather than forcing them to adhere to one or two strategies.

You can customize a wide range of roster and scoring settings any way you want on Fantrax, including but not limited to tracking salary and contract options, customizing positional eligibility for select players, and even creating DFS-type contests for individual leagues.

There are always different challenges for fantasy players to overcome regardless of the league size. I abhor those who look down on shallow eight or ten-team leagues as “too easy”. While a team may field more top players in a shallower league than they would in deeper formats, it’s a different challenge doing analysis on whether to start top running backs like Josh Jacobs or Joe Mixon any given week when both have good match-ups.

Then there are fantasy players who bemoan having to start players like Randall Cobb or Cole Beasley as their WR1 in deeper 16 or 20-team leagues. Waiver wires may be barren in those scenarios, but it also forces a fantasy player to make pivotal choices as to which positions to prioritize when drafting and trading. Ultimately, the number of teams in a league changes a lot of dynasty strategy, but I find 12-team leagues to have the best balance in allowing flexibility of roster construction.

Quarterbacks have become incredibly devalued in 1QB formats. Superflex, the ability to start a second quarterback in a flex position, reverses this trend and restores adequate dynasty value to quaterbacks versus other skill positions.

Employing a superflex starting spot also provides flexibility to dynasty owners in terms of constructing a winning team in a variety of ways, whether they win by gathering elite quarterback duos like Patrick Mahomes and Lamar Jackson or conversely hastily assembling warm bodies like Ryan Fitzpatrick and Tyrod Taylor at quarterback while fielding elite players at other skill positions like Christian McCaffrey and Michael Thomas.

Another position that has been devalued in traditional dynasty football formats is the tight end. Outside of the elite tier of Travis Kelce and George Kittle, there are a dozen or more tight ends who all have a similar range of outcomes, and rarely would a dynasty owner willingly start a tight end at flex over a running back or wide receiver.

However, in TE premium formats where tight ends score 1.5 points per reception, it’s a viable strategy to start a player like Jonnu Smith or Jack Doyle over their counterparts at running back or wide receiver like Devin Singletary or DeVante Parker. This raises the dynasty value of lesser tight ends back in line with that of other positions.

I’ve played in individual defensive player (IDP) formats where elite linebackers who rack up tackles like Bobby Wagner or top pass-rushers like Aaron Donald can win leagues. IDP formats present an entirely new world of analytics and fantasy strategy, but it’s not for everyone. My stance against personally playing in IDP formats boils down to unnecessarily adding variance.

In a game where variance is already high, IDP formats place added value on luck for fantasy teams in that a player like Stephon Gilmore could be elite at his position but score few fantasy points due to not being targeted as much by opposing quarterbacks. Or sometimes a lineman like Vita Vea could have great impact on a game but end up helping a teammate like Jason Pierre-Paul instead record the sacks and thus have a much better fantasy performance.

Total roster spots in a dynasty league is an important setting. The number of starting spots should be high enough to reduce variance so that poor fantasy players have a lesser chance to luck into a high-scoring week from fringe players, but the number of bench spots should be shallow enough to leave some talent on the waiver wire while not forcing teams to drop developmental prospects or running back handcuffs unnecessarily.

I believe the optimal starting roster settings to be one quarterback, two running backs, two wide receivers, one tight end, one superflex spot, and one additional regular flex spot. To go along with those, 17 additional bench spots would allow for adequate depth for bye weeks and injuries. And finally, each team would be allowed a practice squad consisting of three players in their first three years in the NFL. A total of 25 active roster spots and three practice squad players serves to create an ideal balance.

While best ball formats and leagues that use total weekly score rather than head-to-head match-ups exist and are fun in their own way, I find weekly head-to-head match-up formats to be best. Like the actual NFL, forcing teams to win individual match-ups carries that “any given Sunday” mentality, but with one caveat.

In a 12-team league, the five teams with the best head-to-head records would advance to the fantasy playoffs from Weeks 14 to 16 (though this could soon change with the NFL expanding the total number of regular-season games in the near future). The sixth and final playoff berth should then be awarded to the fantasy team with the most points scored from Weeks 1 through 13 not already in the playoffs. This modified setup would allow a good fantasy team that faced a challenging or unlucky regular-season schedule to still vie for the championship.

Finally, dynasty football leagues are built for continuity and longevity, but there is always risk of turnover in teams’ ownership. Life can sometimes force dynasty owners to abandon their teams, whether due to work, health, or other issues. To hedge against owners quitting dynasty leagues without due cause, I’ve found it best to allow trading of rookie draft picks only two years in advance. For example, until the first Week 1 game kicks off, dynasty teams would only be allowed to trade 2021 rookie picks, not 2022 or beyond. Only once the 2020 season begins could teams then trade 2022 rookie draft picks.

Additionally, charging dynasty teams trading away future first-round rookie picks 50 percent of future year dues forces dynasty owners to be wary of going “all-in” without consequence. Having future year dues half paid for already also helps in finding replacement owners for vacated teams without future picks in that a replacement owner would not have to pay full price in his or her first year of taking over a potentially bad orphan team.