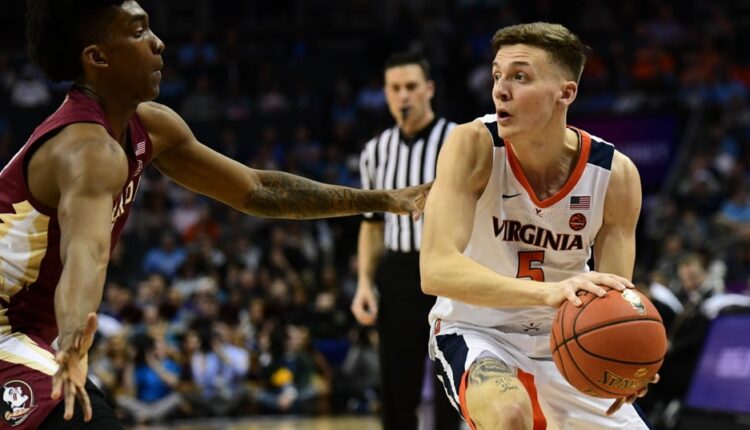 The previous iterations of this article go to show that it’s hard to tell the timetable teams are working on. I would imagine most didn’t anticipate Oklahoma City starting three 7 footers, including previous “Stash” callout Aleksej Pokusevski. The young Serbian dominated the boards in the G league and finds himself earning big minutes for the Thunder already. Seeing an even steeper meteoric rise due to a level of circumstance, but also undeniable talent and promise is Kevin Porter Jr. With the trade of Victor Oladipo it opened up the off-guard spot for Porter Jr who looks more than primed for that opportunity. In the games he’s started he’s leading the Rockets in both points per game and assists.

Moving forward though, multiple players are in a precarious position on rosters that continue to be tumultuous in nature. We’ll take a look at some potential grabs, to hold on

Hutchison has been an intriguing stash option in deep league circles for some time now but was never really able to break into the Bulls rotation. Now, with a fresh start in Washington, the 6’7 wing may have a new lease on his NBA life. In his first game with the Wizards, he led the bench in minutes with 25, points with 18, and provided 5 assists.

With the likes of Patrick Williams and Otto Porter Jr above him in the pecking order in Chicago, Hutchison was never given enough minutes to produce. In Washington, the 4th year man out of Boise State should continue to be a top option off the bench for both Bradley Beal and Deni Avdija. The potential value of Hutchison lies in his defensive stat upside and multiple position capabilities.  SG/SF is still a sought-after combination, and if he betters his three-point shooting acumen he could be a capable “three and d” option for years to come.

Bol is a tricky prospect to project for a multitude of reasons. The first being his absurd 7’2, which is a level of lanky the league hasn’t seen since his father, Manute.  It remains to be seen if he can handle the post game of much more stout players, or if his body will even hold up well enough to do so. The Nuggets also just acquired Aaron Gordon to go along with breakout star, Michael Porter Jr, and veteran Paul Millsap in the frontcourt. There just aren’t enough minutes to go around and makes you question why the organization hasn’t utilized the G league at all in 20-21 to get Bol more meaningful playing time.

As it stands, the 21-year-old center is barely averaging 5 minutes a game but continues to dazzle fans with his unique skill-set for his jarring size. Most recently he produced the most talked-about 8 point night of the season with a bevy of highlights that have gone viral across social platforms.

Bol certainly doesn’t have as much immediate value as a guy like Hutchison, but long term even if he only eclipses 20 minutes a game he could provide a very Chris Boucher-like return. Bol has three-point range with ease and is certain to average two blocks a game if he ever gets a foot-hold in a rotation. For Denver, Bol is seen to still have a lot of trade value, and the best-case scenario for the young player would likely be dealt to a rebuilding side. Bol should be seen as a very deep league stash option with a pretty impressive upside if you have the patience to wait a year or even two in your keeper league.

Like Bol, Guy hasn’t often been given the chance to flourish in the crowded Sacramento backcourt. The King’s guard rotation now consists of De’Aaron Fox, Tyrese Haliburton, Buddy Hield, and the newest addition, Delon Wright. In moments Guy has shown what his future might hold, with a 17-point, 6-rebound, 4-assist effort in 22 minutes against the Warriors last week; but his sample size and athletic ability will rightly leave many fantasy owners skeptical.

Sacramento hasn’t lived up to many pundit’s expectations, or likely their own GM’s which means a roster overhaul may be on the horizon. This could result in more extended playing time for Guy, or just as easily see him dealt by the beginning of next season. In either instance, it seems the uncertain direction of the franchise is a positive for Guy’s future.

In the G-League as a rookie, the 6’1 guard averaged 21.5 points, 4.8 assists, 3.4 rebounds, 1.1 steals, and an eye-opening 3.8 three-pointers made. His shooting percentage and general efficiency ratings were nothing to call home about, but those 37 games are a large enough basis to believe Guy could be a contributor, and even a key rotation player for an NBA team in the near future. It’s hard to see Guy ever getting a real opportunity with the Kings if they don’t have a huge roster shake-up, but his value as a keeper/sleeper option for years to come still remains high.

NBA Trends and Injuries: 7 Players on the Rise