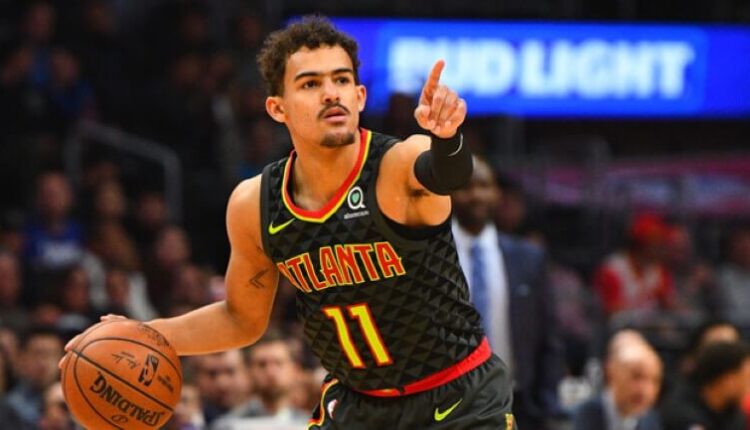 Ladies and gents, we’ve got a sturdy seven game slate on tap for tonight’s NBA DFS tournaments. My favorite slates are between five and seven games, because the research is manageable and you feel as though you can mix and match enough to get all of your targets in your lineups. Eight games or more can get a bit wieldy, so let’s buckle down and get to it!

Offensive Rating: 5th vs. 2nd in the league

Defensive Rating: 22nd vs. 27th in the league

Predicted Outcome: I watched Trae Young play through a sprained ankle a couple nights ago, and I’m pretty sure playing on it, doesn’t help it heal faster. I’m sure he’ll play tonight, but I don’t love a Trae Young at less than 100% against a Bulls team that has an equally potent offense, and a faster pace of play. I expect the Bulls to pull this out with all their firepower.

DFS Targets: At sub $10500, I love DeRozan, Vucevic, and LaVine to hit their values against an atrocious Atlanta defense. Ayo Dosunmu and/or Coby White provide value opportunities at $5300 and $5700, respectively, especially as they are both seeing 25+ minutes. I’m not interested in any Hawks, to be honest. Maybe Gallinari or Huerter shoulder more of the load with Trae at less than 100%.

Offensive Rating: 4th vs. 18th in the league

Defensive Rating: 9th vs. 2nd in the league

Net Rating: 5th vs. 4th in the league

Predicted Outcome: This should be a fun one. Ja Morant back on TNT to follow up his 50 point game. This time he’ll have to do it against the 2nd best defense in the league. I’m smart enough not to count him out against tall odds. I expect the Grizzlies to continue their magic and pull this one out. Jaylen Brown spraining his ankle helps this case, too.

DFS Targets: Jayson Tatum will shoulder the entire offensive load with Jaylen Brown out. He’s not a must play, but you can expect him to hit his value. Derrick White and Marcus Smart are potential tournament plays, as well. As for Memphis, it’s Ja Morant and Desmond Bane. Morant is taking up a lot of usage, so their secondary scorers are less attractive. This Boston defense also has me looking at other options, because I’m sure Ja will be plenty owned as well.

Offensive Rating: 8th vs. 12th in the league

Defensive Rating: 6th vs. 24th in the league

Predicted Outcome: No Kyrie. KD will be back. Probably on a minutes restriction. They’ll need more than that to take out the 6th best team in the league. Heat win.

DFS Targets: KD is unlikely to get enough minutes to hit his value. Bam is consistently underpriced on DraftKings at $8600 with 50+ fantasy point upside. Jimmy Butler and Gabe Vincent are great values as well, while Kyle Lowry is out. Tyler Herro at $6300 is a steal. You’ll be able to mix and match a lot of Miami plays together, as you’ll want exposure to Brooklyn’s poor defense.

Offensive Rating: 28th vs. 15th in the league

Defensive Rating: 25th vs. 13th in the league

Predicted Outcome: I didn’t get this far in life expecting the Pistons to beat anybody. Raptors should pull this one out.

Offensive Rating: 14th vs. 16th in the league

Defensive Rating: 1st vs. 5th in the league

Net Rating: 2nd vs. 7th in the league

Predicted Outcome: Sometimes you need to look at the numbers, sometimes you need to use your common sense. A few nights ago, the Warriors blew a 20 point lead and lost to the Mavs, at home. Tonight they get a chance to avenge that loss. Steph Curry is not going to let a loss happen tonight. Period.

DFS Targets: Steph will be in all my lineups tonight, as I imagine he’s going to be on a mission. $11100 doesn’t scare me off. Luka’s pricing of $12200 does scare me off, however. It leaves no room for him to get in foul trouble or have an off shooting night. I’m not saying he won’t hit his value, but I’ll be underweight ownership relative to the field. Klay will play tonight, so $6500 could be value, but he’s still finding his sea legs. Kuminga! $4200.

Offensive Rating: 20th vs. 11th in the league

Defensive Rating: 29th vs. 19th in the league

Predicted Outcome: I’m surprised Coach Pop has stuck around through this rebuild. I would’ve thought he’d want to retire and lay up somewhere near the water. The Spurs have kept this fighting spirit as they have a near top ten offense and are 4th in the league in pace. The defense leaves something to be desired, but they don’t need that to beat the Kings. Expect the Spurs to win this one.

DFS Targets: Murray is relatively cheap at $10600 against the 2nd worst defense in the league and all his usage rate. The offense is going through Murray and Poeltl ($7500), I’ll have plenty of exposure to him as well. Sabonis is a beast, but I’m not sure the upside is there at $9700, but I’ve been wrong before. Fox is an interesting pivot off of the superstar point guards, especially in a matchup with two top ten pace teams.

Offensive Rating: 25th vs. 27th in the league

Defensive Rating: 16th vs. 7th in the league

Predicted Outcome: I’ll just copy and paste my last description of the Lakers from a few days ago: The Lakers are broken. You see it. I see it. I don’t even know if they can make the play-in game at this point. I can’t even see LeBron having the desire to put those extra miles on his body, when he knows he’ll get bounced in a series. I have no confidence LA can turn this season around. Not even when AD gets back.

DFS Targets: LeBron will have plenty of usage in this matchup, so I like him at $11000. Reggie Jackson, Zubac, and Morris Sr., all make interesting plays in this pace up matchup for the Clippers. Mann is too inconsistent for me at $5900…but you should have at least some exposure if you’re making multiple lineups. Monk or Melo are value plays on the Lakers, if you’re more optimistic than I am.