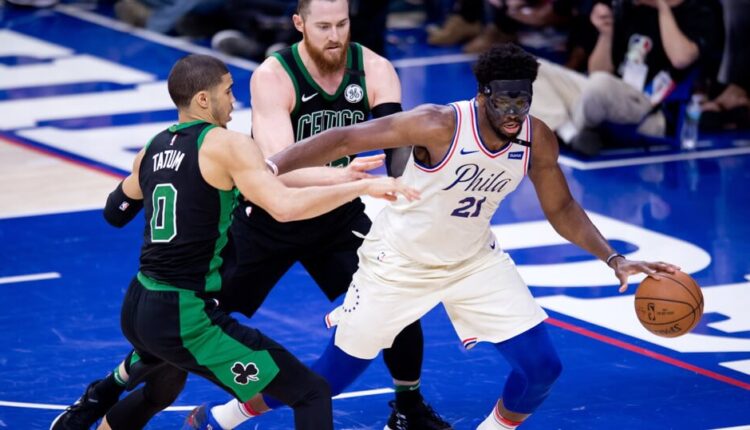 The Wizards are 13th and 28th in offensive and defensive rating, respectively. The Heat are 26th and 22nd, respectively. I was expecting Jimmy Butler’s return to send the Heat back to their respective place as playoff contenders, but it hasn’t happened quite yet. The Wiz are also 1st in pace, with the Heat 22nd. The stats support my Wiz getting the win tonight. I don’t even have to be a homer.

DFS Targets: The Wiz are going to want to run up and down the floor on the Heat, and the Heat’s 22nd ranked defensive rating won’t be able to stop them from doing so. Bradley Beal should be in your player pool tonight. Ish Smith is a MUST PLAY for me, now that Russ is sitting. At the $5000 price tag, he has an excellent shot to exceed his value in this up and down offense. . On the Heat side, I like Bam Adebayo with the Heat playing their slow pace. Further, Bam’s athletic prowess can easily have him running the floor in an up and down game. I like Jimmy Butler, as well. We might have a sneaky value play in Max Strus. The Heat really know how to develop shooters, don’t they?

DFS Targets: Joel Embiid is the reigning NBA player of the month, and we have no reason not to have him in our player pool tonight. Go ahead and throw the rest of the Sixers starting five in there as well. I don’t expect a blowout, but I expect domination. Perfect for DFS targets. If it’s not a blowout, that means the Hornets have players worth targeting, as well. Take a look at Miles Bridges, Gordon Hayward, and LaMelo Ball tonight. A priced up Cody Zeller doesn’t interest me. Malik Monk is coming off a career high last time Rozier was out…put him in your player pool.

The Pacers have a top 10 offense and they’re coupled with a top 15 defense/pace. Every year I’m surprised the Pacers are good and I don’t know why. They always have talent. Juuust…not as much as the Bucks. They’re coming off of giving the Blazers a beating. So much so, that Giannis didn’t even get to heat up. Bucks take this one.

DFS Targets: I’m looking at the Bucks starting five, minus Brook Lopez and Donte DiVincenzo. D.J. Augustin is a sneaky value play with the potential pace of the game, but he might not get the minutes to make him worth it. On the Pacers, target Malcolm Brogdon and Domantas Sabonis, as always. Consistent usage rates of >25%  from both of them.

The Mavericks remind me a lot of the Wizards. Get a big two that most teams would kill to have in Luka and the Unicorn, but barely hang on in a playoff race. I think they’re going to get it together eventually, but it probably won’t be against the Hawks. The Hawks are 12th in Net Rating, with the Mavs coming in at 18th. They’ll need a better matchup. Hawks win.

DFS Targets: Luka Doncic and Kristaps Porzingis can be counted on. Trae Young, John Collins, and Clint Capela would be my targets from the Hawks. I fade the rest, in a slow-paced game like this one.

DFS Targets: I try to avoid targeting players in potential blowouts. Giannis is a perfect example of this from a couple of nights ago against the Blazers. That’s not to say there won’t be players that don’t hit their value, but in a 10-game slate, I think we can find better options.

This is a toss-up game to me. We’re talking about two teams who are 19th and 20th in net rating, but the Knicks actually excel defensively, with an 8th ranked defense in the league (thanks to Thibs). I’ll give the Knicks the edge, as I think trade rumors are starting to hit Zach LaVine. I don’t know if he wants to stay or go, but his play hasn’t been great as of late.

DFS Targets: Immanuel Quickley has been a beast, but his price is ticking up. Tread lightly. Alec Burks might provide some value play potential as he looks to be projected for over 20+ minutes. I love Austin Rivers this year, but he’s not going to project for enough minutes for me to have him in my player pool. Julius Randle should confidently be in your player pool. I’ll likely fade the Bulls lineup. Not a lot of consistency for my money and that defense isn’t to be messed with.

The good old copy and paste job, from a few nights ago. Work smart, not hard: Somehow Houston has managed to be 21st in the offense, and 3rd in defense. Your guess is as good as mine. The Thunder are 28th and 25th, respectively. Houston should take this one handily, in a fast-paced game, with both teams in the top tercile in pace rankings.

DFS Targets: In a fast-paced game like this, I think Victor Oladipo could be the value of the night. We can count on transition buckets and assists from Dipo, and he’ll replace Wall’s production valiantly, so don’t be surprised if he puts up 40+ DFS points tonight. <—This was my advice when I thought that Shai was going to be playing in the game tonight, without a healthy Shai, I don’t think the Thunder have a chance. Simply put, this could be a blowout in favor of HOU. Don’t be scared to fade the game entirely.

Suns are 9th in net rating and the Pelicans are 22nd. Pelicans just aren’t close yet. The Suns, on the other hand, might sneak into the Conference Finals if the playoff matchups shake out nicely for them. You heard it here first. Suns in a blowout.

DFS Targets: Much like the Clippers vs. Cavs game, let’s fade the blowout. I’d rather have a sound process than get lucky throwing a dart at somebody on the Suns in this game. I’d actually rather be lucky, but I’m trying to give advice here.

Spurs should take this one in another blowout. I promise I’m not being lazy here, but the Spurs have the 17th best net rating in the league, and the T-Wolves are dead last. No Kat, no chance. Honestly, the last couple of years they haven’t looked like they’ve had a chance with KAT. Spurs.

We’re looking at another potential blowout in this game. I’m sorry. I don’t make the rules. Celtics are 12th in net rating and the Kings are currently 27th. Tyrese Halliburton has a nice Rookie of the Month trophy to hold onto now, but that won’t help him against Boston. Jayson Tatum and Jaylen Brown are going to be too much for the Kings to handle.