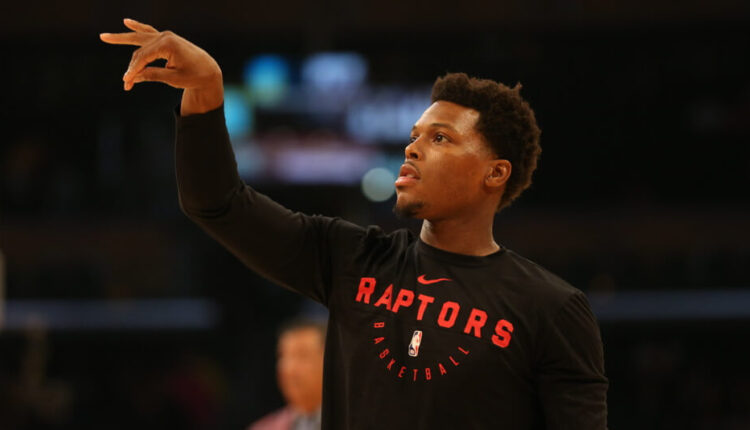 It’s the last day of the month, so you know what that means…we’re going to finish STRONG! We’ve got a nice eight-game NBA DFS slate ahead of us, which means we’ll have a robust player pool to choose from. Let’s get into it!

What more can you say about my Wizards?! Everybody counted them out, and now they’re just a few games away from home-court advantage in the jumbled Eastern Conference standings. The Wizards have won 7 of 8, whereas the Celtics have lost six of 10. These teams are going in different directions. It’s for that reason, I’m focusing more on these two teams recent form, as opposed to their season-long sample size. Let’s be honest. I was going to pick the Wizards regardless.

DFS Targets: WAS targets: Brad Beal, Russ Westbrook (if he plays on the second half of a B2B), and Bertans if he plays, but Rui if he doesn’t. BOS targets: I’ll go with Jayson Tatum, Jaylen Brown, and Kemba Walker.

I’m not anticipating a blowout, but let’s be honest. The Knicks are legit. Shoutout to Thibs, because he’s got the NYK defense at third in the league. The Knicks! When’s the last time that the Knicks were close to the top of the league in anything good? Further, how are we to expect Detroit’s 25th ranked offense to fare against an elite defense? The answer is poorly. There’s a reason that the Knicks are comfortably in the playoff race, while Detroit….is not. Knicks win.

The Rockets have lost ten straight. It’s time I make “recent form” a bigger part of my formula. I’m going to go with the Grizzlies here, and blame the fact that they need Chris Wood back, as the reason they can’t get a W. They also sent DeMarcus Cousins packing for reasons that I don’t quite understand. I’ll roll with Ja Morant and ‘dem boys in Memphis.

DFS Targets: MEM targets: Morant, Allen, Brooks, Anderson, and Jonas. The whole starting five should be in your player pool. Why not kick the Rockets while they’re down? HOU targets: Wall, Oladipo, and Jae’Sean Tate for value.

The Lakers finally got back in the win column the other night. I’d be more excited for this matchup if Anthony Davis wasn’t out, but you get what you get, and you don’t get upset. This is the second time these teams have matched up this season, and GSW won the last time 115-113. In a close game, I trust the Warriors to pull this one out, as the Lakers are still learning to win without A.D.

I keep underestimating Jimmy Butler and I’m not sure why. I think it’s time I just accept that last year was no fluke, and he’s the type of player that can carry a team on his back. It’s not like the Heat are scrubs or anything. They’ve got Bam, and don’t need to be carried, but night after night he just decides that he’s got to handle all phases of the game for this team. It’s working and I’m not going to complain about it. I didn’t even talk about the Hawks in this write-up. Heat win.

DFS Targets: ATL targets: Trae Young, John Collins, and Clint Capela. The wings on this team are too inconsistent for me to bet on them. MIA targets: Jimmy Butler, Bam Adebayo, and Kendrick Nunn.

DFS Targets: I wouldn’t target anybody in a blowout. It’s hard to reach your value if you don’t play your usual minutes. There’s a good chance the starters only play three quarters here.

The Kings just got their first win in ten games the other night. I’m hard-pressed to rely on them to beat a Hornets team that is 8 slots better than them in net rating, and the Kings won’t be able to outpace them as they are 11th and 12th in pace ratings on the season. They play similar brands of basketball, and the Hornets do it better. I’m rolling with Charlotte.

DFS Targets: CHA targets: LaMelo Ball, Terry Rozier, Gordon Hayward, Miles Bridges, and Malik Monk for value. SAC targets: Fox, Hield, Barnes, Bagley, and Holmes. I like the starting fives for both teams in this one. This could be one of the highest totals on the slate.