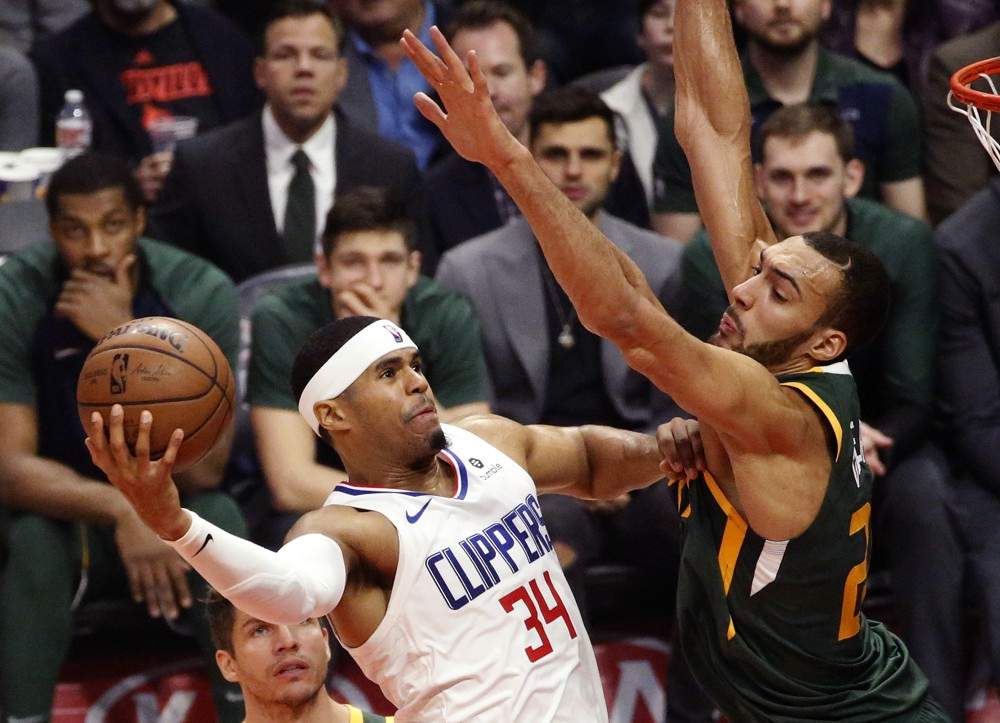 The Los Angeles Clippers and Philadelphia 76ers came together late Tuesday night, finalizing a deal sending Tobias Harris to the 76ers. There were a number of other players involved in the deal which is going to impact their fantasy projections moving forward.

This deal is still sinking in and many owners will be waking up to the news. While Harris is the only major piece to be moved, there will be fantasy repercussions across both teams.

Harris is likely going to lose a lot of value after this trade, given he is moving down the pecking order, especially on the offensive end. Harris is the 23rd ranked player thus far this season, playing as the primary option on the scoring end. Moving to the 76ers, he will have to share the ball with Joel Embiid, Ben Simmons, Jimmy Butler, and J.J. Redick, all of whom average more than 17 points per game. Harris will likely see an increase in the number of three-pointers he attempts as well as a theoretical increase in field-goal percentage. Clearly, he is still worth rostering but there is a chance he falls outside the top-40 come seasons end.

All four of the 76ers players I mentioned could take a small hit to their overall value given the upgrade from Wilson Chandler. Simmons relies more on his supporting numbers to maintain value and so shouldn’t be affected all too much. Redick could see his scoring drop one or two points and will likely suffer the biggest hit given the reliance his value puts on scoring.

Boban Marjanovic is moving to a similar situation to the one he was in previously and could even struggle to make the regular rotation. He has the ability to put up standard league value in just 18 minutes but goes from playing behind Marcin Gortat to Joel Embiid.

Mike Scott could carve out a backup role with the 76ers sending away a lot of their depth. Scott has played at least 20 minutes in all of his past three games and it is hard to see him eclipsing that here. He will basically fill the Mike Muscala role, leaving him better suited to deeper formats.

An interesting player to watch here could be Jonah Bolden. He has had a couple of nice performances over the past month and there is a chance he slides in as the first big off the bench. He has the ability to rebound the ball, block shots, and hit three-pointers and could be worth picking up in those deeper formats to see how things play out.

On the Clippers side, a number of players are going to see a boost to their production. Picking up any one player is going to prove difficult, especially with there being a decent chance more players are moved before Thursday’s deadline. Lou Williams will likely remain on the roster and should see a nice uptick in his offensive output. Chances are he is owned basically everywhere and so owners could theoretically sell-high or wait to see if he can put up numbers closer to what he was doing last season.

Landry Shamet could be a player to watch in deeper formats, especially if the Clippers move Pat Beverley and Avery Bradley. Shamet has had a nice rookie season alongside a number of ball dominant players. He moves to the Clippers who will likely want to see what they have and could afford him some extra playing time as the season progresses.

Shai Gilgeous-Alexander could arguably be the biggest winner on the Clippers roster, even if no more moves are made. Prior to Tuesday’s game, he had scored in double-digits five consecutive games, adding a combined 20 rebounds, 18 assists, and 10 steals. The Clippers see him as the future point guard for the organization and will likely prioritize his development moving forward.

Beverley is worth looking at in 12-team leagues although the chances of him being traded add an element of risk to that decision. If he sticks on the roster, he should be able to put up numbers similar to what he has been doing without Danilo Gallinari. Over the past two weeks, he is the 44th ranked player in standard formats, coming on the back of steady production across the board. Top-50 is unlikely but he could be a top 75 player in the short term, but again, only if he remains a Clipper.

The center rotation remains an issue for the Clippers and the addition of Mike Muscala certainly doesn’t make things any clearer. Montrezl Harrell is by far their best option but is better suited to coming off the bench. Marcin Gortat has been starting but is terrible and shouldn’t even be in the rotation. Perhaps Muscala will slide into the starting lineup, pushing Gortat to the third string center. This is more of a wait-and-see situation, again, as the Clippers could still have some moves to make.

Wilson Chandler could move into the starting lineup, replacing Harris, making him a player to keep an eye on, especially in deeper leagues. He had been starting in Philadelphia but will no longer have to play alongside such a talented roster. His ceiling would likely be around the top-120 if he starts, although that in itself, is a question yet to be answered.

With less than 48 hours to go until the trade deadline ends, both teams could still have some trades to execute. Adding any of these players comes with a certain element of risk, as does any move at this time of year. The biggest takeaway is that Harris will likely take a hit, while Gilgeous-Alexander should benefit, either now or as the season progresses.

Got a question about this trade deadline article? Hit Adam up on twitter @adamking91 or give a shout out to @Fantrax