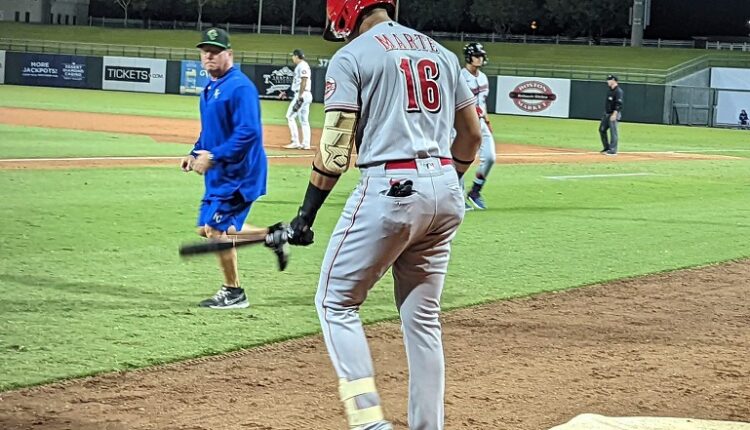 It’s no secret that the Cincinnati Reds are in a full rebuild entering 2023. After post 100 losses in 2022, this 140-year franchise will look to lean on its young talent to make this franchise competitive in the National League Central once again. Luckily, there’s plenty of young and exciting talent throughout this Cincinnati Reds Top Prospects list thanks to recent trades over the last calendar year.

August 2nd, 2022: Traded Brandon Drury to the San Diego Padres for Victor Acosta (#12 for both)

March 14th, 2022: Traded Jesse Winker and Eugenio Suarez to the Seattle Mariners for Justin Dunn, Jake Fraley, Brandon Williamson (#13 for Eric, #15 for Chris), and a player to be named later.

In addition to all of those trade acquisitions, we’ve seen Elly De La Cruz develop into an elite fantasy prospect along with Cincinnati drafting Cam Collier, Jay Allen, and Matt McLain. So, the vast majority of both Chris and Eric’s top 20 lists below weren’t even in this organization 1-2 yeara ago.