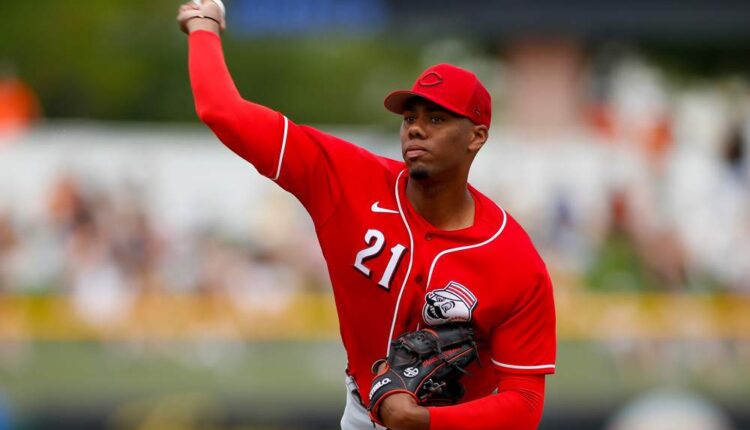 Welcome to our 2022 team top prospect rankings series. Eric Cross and Chris Clegg will go through all 30 Major League organizations, continuing today with their Cincinnati Reds Top Prospects for dynasty leagues. In each installment of this series, you’ll find the top-20 rankings from both Eric Cross (AVG) and Chris Clegg (OBP) along with one prospect each that they’re targeting heavily in dynasty leagues right now. Hopefully, these rankings will help you in your dynasty leagues, and maybe give you some new trade targets to consider.

A second-round selection in 2019 by Seattle out of TCU, Brandon Williamson broke out in a big way last season. In 98.1 innings between Hi-A and Double-A, Williamson posted a 3.39 ERA, 1.18 EHIP, 8.1 BB%, 37.4 K%, and 17% SwStr. He’ll mix four pitches (FB, CB, SL, CH), all of which can be above-average or better in any given start. The four-seamer sits in low to mid-90s and tops out around 97-98 with good extension and deception out of a higher ¾ arm slot. It’s a very smooth and easy delivery with minimal effort that he repeats well.

Williamson’s curveball is his best secondary pitch in the mid 70’s with great depth. Really just falls off the table. He’ll throw that to both RHB and LHB with confidence. He’ll also mix in a slider in the low-80s with sharp, horizontal movement and a mid-80s changeup that has developed well since being drafted back in 2019. Command and control issues were his knocks coming out of TCU, but Williamson has been okay in those departments as well, improving in both areas over the last couple of years. While he won’t be a control artist, Williamson should be around 50-grade for each longterm.

Despite his success and arsenal, Williamson hasn’t really gotten the respect he deserves in rankings. That will change in 2022.

Chase Petty is the prospect to target for dynasty in the Reds’ system. Petty was one of the more impressive prep arms in the 2021 draft class, with a fastball that touched 102 mph. Prep arms are usually pretty risky in dynasty leagues, but the price on Petty is cheap enough to make him worth going after.

We have established that Petty has an elite fastball, but it also comes with a slider that has true 70-grade upside. Petty did not use his changeup often in high school but has begun to work on it more this offseason. His changeup gets nearly three feet of horizontal movement difference from his slider. Petty has immense upside but with the big arm at such a young age there are risks. If all clicks right, Petty could be a high-end starting pitcher.