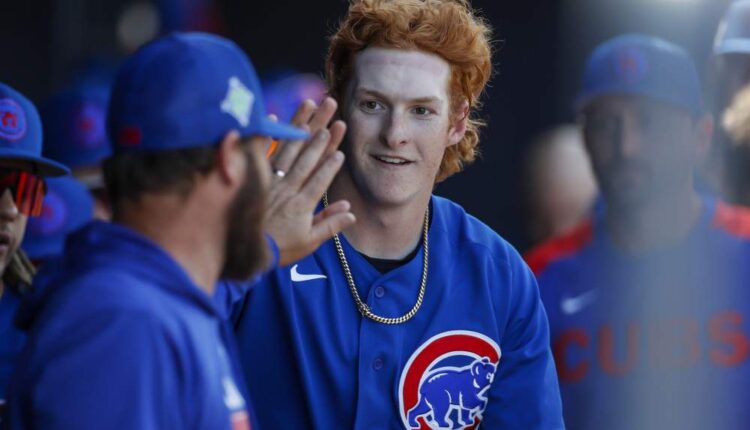 Welcome to our 2022 team top prospect rankings series. Eric Cross and Chris Clegg will go through all 30 Major League organizations, continuing today with their Chicago Cubs Top Prospects for dynasty leagues. In each installment of this series, you’ll find the top-20 rankings from both Eric Cross (AVG) and Chris Clegg (OBP) along with one prospect each that they’re targeting heavily in dynasty leagues right now. Hopefully, these rankings will help you in your dynasty leagues, and maybe give you some new trade targets to consider.

Honestly, there were a half-dozen players I considered writing about here, but I’ll go with one of my favorite rising prospects, Kevin Alcantara. The former Yankees prospect came over to Chicago in the Anthony Rizzo deal last July and quickly showed why the Cubs wanted him as part of the return package. The 6’6 outfielder posted a combined .345/.423/.588 line in 34 games between the two systems with 14 extra-base hits, five home runs, and five steals with a 12.3% walk rate and 26.1% strikeout rate.

There aren’t many prospects that are this size with this level of strength, speed, and athleticism. While Alcantara’s power is still developing, he’s already flashed plus or better raw power and could wind up in double-plus territory as he continues to add bulk to his frame. Settling in as a 30-homer bat with the speed to ready double-digit steals annually is a very possible outcome, but it will be up to the hit tool to determine Alcantara’s real value and if he can maximize his power/speed blend. He showed well last season, but there’s still some swing and miss in his game that will need to be refined and you always have to wonder how pitchers will attack him given his bigger zone and longer levers.

Pete Crow-Armstrong is one of the best dynasty targets among all prospects and is the easy choice here in the Cubs system. If it were not for shoulder surgery that limited him to just six games last year, Crow-Armstrong could possibly be a top-25 prospect right now.

Crow-Armstrong brings skill across the board in his profile. He could win Gold Gloves with his skills in centerfield and he covers a ton of ground with easy plus speed. Crow-Armstrong currently is projected to have below-average power by many scouts, but there is room to add power to his 6’1/180 pound frame.

The biggest thing I notice when watching Pete Crow-Armstrong play baseball is his passion for the game. He is just a gamer who has the it factor. I could see him posting peak seasons with a .275 batting average with 15-20 home runs and stolen bases. Go trade for him now in dynasty before his cost soars.