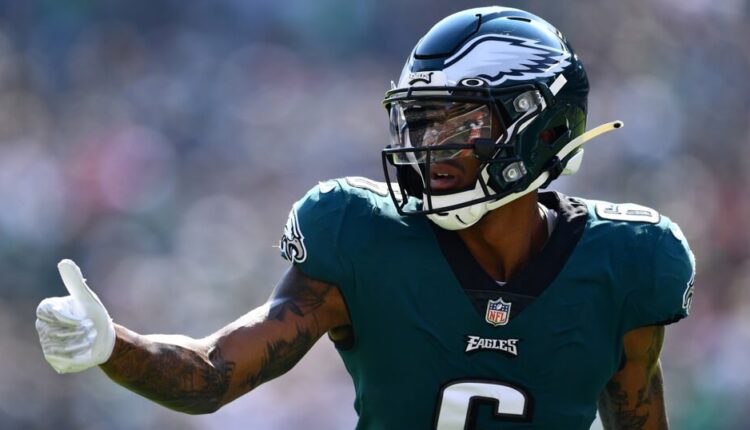 While reviewing the Fantrax Week 1 bold predictions, it looks like two of six were pretty spot on. Myself and Bradlee Kilgore hopefully assisted some fantasy football managers with plugging Christian Kirk and Marcus Mariota into their lineups. The other bold predictions made by our staff fell just short in one way or another. No matter! We’re back for Week 2 with more evidence on each team and players to make more bold predictions that should get your lineups right.

Colin’s Breakdown: There’s nowhere to go but up for DeVante Parker after a dud of a debut with the New England Patriots last week. Facing his former team, Parker caught just one pass for nine yards in Miami. Quite frankly, nothing really went well for the Patriots. Of their nine drives, seven of them ended in a punt or a turnover.

Parker played 100% of the snaps in Week 1 and ran the most routes (30) amongst all Patriots. Unfortunately, he drew shadow coverage from one of the best cornerbacks in the league, Xavien Howard. The most unpleasant sight of the day was a deep pass to the end zone intended for Parker that was intercepted. Hey, we love the end zone target, though!

In Week 2 against the Pittsburgh Steelers my bold prediction is that Parker bounces back in a big way. The Steelers defense is not only to be without former Defensive Player of the Year, T.J. Watt, but as a unit, allowed Cincinnati Bengal pass catchers to haul in 33 receptions for 338 yards and two touchdowns in Week 1.

Parker is going to be a big body target for Mac Jones to look for in the end zone. Last season, it was tight end, Hunter Henry, getting the attention. Parker is quicker off of the line than Henry and should see more red zone and end zone targets this season.

I understand if you don’t want to start Parker due to a lack of trust from last week. However, he should still be on a roster in your league. So, if someone let him go into free agency, make room on your bench and pick him up. This team traded for him for a reason. We’re about to see why.

Lauren’s Breakdown: Julio Jones looked good in his Week 1 debut as a Buccaneer.  He caught three of five passes for 69 yards, and showed his versatility by adding two sweeps for another 17 yards on the ground.  Jones is in a great spot to do even more damage this week with Chris Godwin looking unlikely to suit up.  Additionally, Mike Evans will be busy fending off Saints’ cornerback Marshon Lattimore, which should free up more targets for Jones.

The matchup against the Saints isn’t the easiest. They were a middle-of-the-road unit against wideouts last season, and they allowed the eighth-fewest points against the position in Week 1 against the Falcons.  However, Jones is familiar with the Saints from his time in Atlanta, and should get plenty of volume. The opportunity is there for Jones to benefit.  He should be a big reason Tom Brady finishes as a top-1o quarterback. For my bold prediction, I expect a vintage performance from Jones – triple-digit receiving yards and a touchdown.

Bradlee’s Breakdown: The Cowboys are awful. Their offensive line isn’t healthy. Most of their wide receivers aren’t healthy. Dak Prescott is also out a few weeks recovering from a broken thumb. This is all a recipe for disaster. With that said, the Bengals offense isn’t hitting on all cylinders either. The Bengals offensive line is porous and Joe Burrow was a turnover machine last week. The combination of each team’s struggles likely means the blowout risk is taken out of the game.

Tee Higgins left the last game with a concussion, so if he plays this week, I wouldn’t expect him to have his normal snap share. On top of that, Hayden Hurst logged five catches on eight targets last week. He has stepped into former tight end, C.J. Uzomah’s, role very well and already has a good rapport with Joe Burrow. Sure, it’s a small sample size, but it’s the only sample we have. I’d expect Hurst to repeat that performance, if not exceed it. Look for Burrow to lean on his safety blankets in a bounce-back performance. My bold prediction is Hurst racks up 100 yards and a score on double-digit targets.

Michael’s Breakdown: Khalil Herbert only had eight fewer carries than David Montgomery last week and yet still outperformed. On just nine carries, Herbert ran for 45 yards and a touchdown. I expect Herbert to get even more carries this week against the Green Bay Packers.

Herbert looks more efficient than Montgomery and I expect his snap count to increase from just 17 in Week 1. This backfield will trend toward a split if Montgomery is not able to last all season. The Bears are unlikely to beat the Packers, but my bold prediction is that Herbert is going to break out this week. Dalvin Cook did have 90 yards against the Packers last week and Alexander Mattison finished with 38 yards on the ground, as well. This Packers defense isn’t as elite as we think they are.

Kai’s Breakdown: Beyond Saquon Barkley, it’s hard to imagine starting any other New York Giant in fantasy football, especially ahead of Week 2. My bold prediction is that wide receiver, Richie James, is your guy. This is likely best for Daily Fantasy Sports lineups, however James could have long term value in redraft leagues if he turns in another decent performance.

As far as New York’s pass catchers go, it continues to be a mess. Rookie Wan’Dale Robinson is unlikely to play due to injury, I lack trust in Kenny Golladay, and Kadarius Toney doesn’t get the ball enough, let alone see the field! Sterling Shepard is probably the safest of the bunch, but it was Richie James who led all Giants wide receivers with six targets in Week 1.

James’ 83% catch rate on 70% snaps against the Tennessee Titans make him a reliable target for Daniel Jones. He gets a chance to nail my bold prediction at home in a game where the Giants are barely the favorite versus the 0-1 Carolina Panthers.

Reese’s Breakdown: Sheesh! What an ugly way to open the season. Against the Detroit Lions, Smith was unable to make an appearance on the stat sheet. He didn’t catch a single pass on just four targets. Correction, he did catch one ball, but the yardage was promptly negated due to an offensive penalty. Smith’s rough day can be chalked up to the heavy approach to the run game and the fact that A.J. Brown dominated the target share.

Smith is definitely a risky play, just like anybody who goose-egged in the previous week would be. If Devonta isn’t worried, you shouldn’t be either. When asked about the disparity in targets, Smith had encouraging comments. “That’s the flow of the game. You never know whose day it’s going to be. Today happened to be his. Next week, things may change.” I believe that this week things do change for Smith. After a huge Week 1, Minnesota’s defensive coordinator’s main goal has to be taking A.J. Brown out of the equation. However, the plan to do that should leave Smith more room to operate. It is my bold prediction that the former Heisman Award winner will bounce back in a big way in this matchup versus the Vikings.