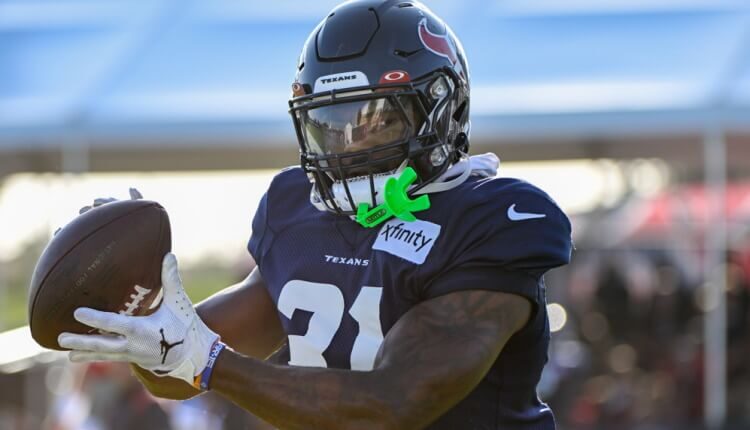 With nearly a full fantasy season of making bold predictions, our team at Fantrax is more motivated than ever to make picks that help you earn a spot in your league’s playoffs. We’re not pulling these out of thin air. Our writers continue to look at trends, matchups, and everything in between to make the best picks possible. We think the players below could really pay off in Week 13.

The Houston Texans defense continues to allow the most rushing attempts, yards, and touchdowns to running backs this season. As a result, they also allow the most fantasy points to the position. Behind them, though, is the Cleveland Browns defense. The two teams will face off in Week 13.

Though the big storyline for this game is Deshaun Watson’s return to football, I think the focal point for both teams will be running the ball. Given the fact that it will be Watson’s first game in 700 days exactly, I think Nick Chubb is going to do most of the work moving the ball for the Browns. Given the matchup, he should. On the other side though, my bold prediction for Week 13 is that Dameon Pierce gets back on track and keeps pace with Chubb.

In the last two weeks, Pierce is averaging just 4.15 points per game. That makes trusting him in your starting line difficult. However, he accounts for 76% of the Texan’s rushing attempts this season. The volume will be there for Pierce. With a fantasy-friendly matchup, and perhaps a bit of extra motivation to win this specific game, I think Pierce’s volume pays off, and love his potential to have one of the best games of his rookie season.

Opportunity is the name of the game for Mack Hollins.  He’s become the de facto number two receiver for Las Vegas with both Darren Waller and Hunter Renfrow on the IR since Week 10.  In his last three starts, Hollins has played at least 95% of snaps and seen a total of 20 targets.  He’s also posted double-digit PPR points in his last two games, scoring the 28th-most fantasy points at the position over that span.  I expect Hollins to keep rolling in Week 13.

The Chargers are the 10th-best unit against wideouts, so the matchup isn’t the easiest.  However, Hollins was productive in his last two starts against the Broncos and Seahawks – both top-five defenses against wide receivers.  He caught 10 of his combined 14 targets and totaled 115 receiving yards and one touchdown.  The divisional game this week is expected to be one of the highest-scoring ones on the Week 13 slate, and Hollins should be able to take advantage.  My bold prediction is that Hollins finds the end zone for his second consecutive game.

Bradlee’s Breakdown: Burks is on rosters in under 40% of leagues, but his upside is undeniable. He plays for a team that would run the ball 40 times per game if they could, but that’s not feasible, especially with matchups vs. the Eagles, Jaguars, and Chargers coming up.

In the past two games, Burks has turned the corner of his injury-riddled rookie season. He’s garnered 14 targets, 11 catches, and 181 yards in just those past two games. He’s turning into the number one wide receiver that the Titans drafted him to be, and more importantly, Ryan Tannehill is treating him like that number one wide receiver. Expect continued dominance out of the big-play threat. My bold prediction for Week 13 is that Burks has the first multi-score game of his NFL career.

Michael’s Breakdown: Jerrick McKinnon is on the wrong side of questionable this week while Clyde Edwards-Helaire remains on the IR. That leaves Isiah Pacheco with a great opportunity to continue to be the lead back in Week 13.

Pacheco is averaging nearly 18 carries for 86 rushing yards per game in his last three. His 22 carries from Week 12 are a career-high thus far. He also scored his first NFL touchdown in that game. It’s clear the Chiefs are comfortable with Pacheco’s lead role in the backfield. Having said role on the NFL’s highest-scoring offense is extremely valuable which is great for fantasy football, as well.

The Chiefs will head to Cincinnati this weekend to take on the Bengals in an AFC Championship rematch from last season. Though he did not play in that game, my bold prediction is that Pacheco is a major factor in this one. While keeping up with his per-game average of rushing attempts, I think he will punch in two touchdowns in Week 13 which will give a big boost to fantasy rosters.

Reese’s Breakdown: Drake London’s matchup is what catches my eye in Week 13. It is highly likely that London is able to bounce back against the Pittsburgh Steelers, who are coming off of a short week, just having played Monday Night Football. The Steelers secondary has been torched all season long. They represent the friendliest matchup for fantasy wide receivers.

Look for the Falcons to dial up a few extra plays for London to get him going. The Steelers have a top-five run defense. This means that the Falcons could choose to attack them through the air. Olamide Zaccheaus led the team last week, but with Kyle Pitts out for the season, I believe that it will be London who benefits the most. It is my bold prediction that London shows the world who the number one option in Atlanta is. I think that he will catch five passes for 110 yards and one long touchdown.