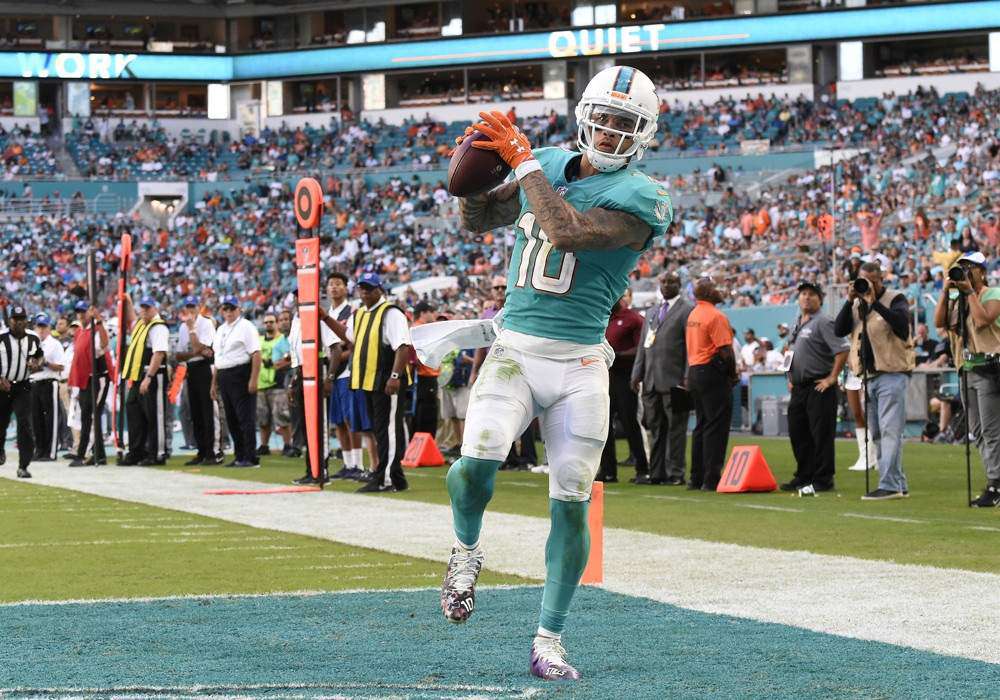 The 2018 NFL season kicks off tonight and everyone at FantraxHQ is obviously excited. Each member of the staff is attached to a huge ego when it comes to fantasy football and everyone thinks they are right at all times. We decided to put that to the test and asked them to give us their most bold predictions for the coming NFL season.

Other than that one task we didn’t really give them many guidelines. Of course we are a fantasy focused site, so we did ask that all predictions be fantasy-relevant in some way, but as far as format and style, it was all on them!

Let’s see where these bold takes lead us to.

Chris Hogan finishes as a borderline top-10 WR this season.

The Patriots receiving corps is a talented, yet shaky bunch. To start the season, Julian Edelman will miss the first four games of this season to suspension and has been off-injured over the years. Then we have Gronk. Arguably the most talented Tight End in NFL history, but one of the biggest injury risks around.

All this uncertainty creates the opportunity for a massive season from Chris Hogan, who really started to gain the trust of Tom Brady last season. James White will be called upon to shoulder a good amount of the short-game receiving, but Chris Hogan should see a strong uptick as well if he can stay healthy this season.

Drew Brees is already being drafted as a fantasy starter, but he should be bumped up a notch for those looking to get off to a fast start or who play in early “All Play” formats. Brees is notoriously better indoors, and four of his first five games occur in these conditions. None of the four come against particularly imposing defenses. New Orleans is also more likely to rely on Brees during Mark Ingram’s four-game suspension to start the year. The schedule gets a little tougher after that, but Brees’ hot start will buoy him to a top-five fantasy finish.

Kirk Cousins has thrown for at least 4,000 yards and finished as a top-seven fantasy quarterback in three consecutive seasons. He is now going to an offense which has better weapons than his offense in Washington. So why will he regress? I think his passing numbers will remain intact, but the main reason he has finished as high as he has is that in each of those three years, he had at least four rushing touchdowns. If he only ran for one score last year, he would have finished 11th in total scoring, not sixth, which I think is a more likely fantasy finish for Cousins in 2018.

Wentz has not yet been cleared for contact and will already miss Week 1. Even if he returns in Week 2, I do not see him putting up the numbers he did in 2017. His top-five finish last year was boosted by a touchdown rate which should see some natural regression. He also finished ninth among quarterbacks in rushing yards last season, another number I don’t believe he will repeat.

Currently going 24th in drafts, Taylor has two potentially elite wide receivers, a blossoming tight end, and is always a threat to make plays with his legs. His stock dropped over concern that Baker Mayfield could earn a larger role, but that is not a real threat. Cleveland should be much improved, and I expect Tyrod Taylor to be a major reason why.

Doug Baldwin, Larry Fitzgerald, and Brandin Cooks are all going in the third or fourth round of most drafts. But only Fitzgerald will catch more passes than Arizona running back David Johnson this season. Check-down enthusiast Sam Bradford will pepper Johnson (not to be confused with Pepper Johnson) with targets this year. Johnson has stated his desire to finish the season with 1,000 yards rushing and receiving, and I think he has a real chance to do it.

The injury to Jerick McKinnon will likely be filled by the combination of Alfred Morris and Matt Breida. While Morris is the favorite for early-down work, he is approaching 30 years of age and his yards per carry have decreased in every season where he saw at least 200 carries. Breida is slightly undersized but is a freak athlete who can avoid big hits and escape defenders. His speed and athleticism will make him a top-30 fantasy running back.

With the release of Martavis Bryant, Cooper’s primary competition for touches/targets in Oakland’s offense are Jordy Nelson (33 years old), Marshawn Lynch (32), and Jared Cook (31). Cooper is 24 and primed for a breakout season. While Jon Gruden’s personnel decisions have made for good fodder on Twitter, he and Derek Carr will feed Cooper relentlessly. I’m expecting 150+ targets and a top-five season.

I extoled the virtues of Kenny Stills several weeks ago, when Stills was being drafted in the 12th round outside the top-50 at WR. Since then, then Davante Parker has broken a finger which he has still not overcome. Yet Stills’ ADP hasn’t moved. I expect Stills to obliterate his draft stock and finish as a low-end WR2.

I’m not sure this should be considered bold given that Matthews outscored Davis by a better than 2:1 margin last season. But Davis is going a full five rounds sooner than Matthews. I’m not buying the hype. Matthews has a proven track record and will continue to be a focal point of the offense. If I’m taking one Titans’ wide receiver this season, it’s Matthews.

This is noteworthy because four different players turned the trick in 2017. I think the arrival of Sammy Watkins does just enough to cause a slight dip to the values of Kareem Hunt, Tyreek Hill, and Travis Kelce. Kelce will finish fifth among tight ends, which will be the highest finish of any Chief this season.