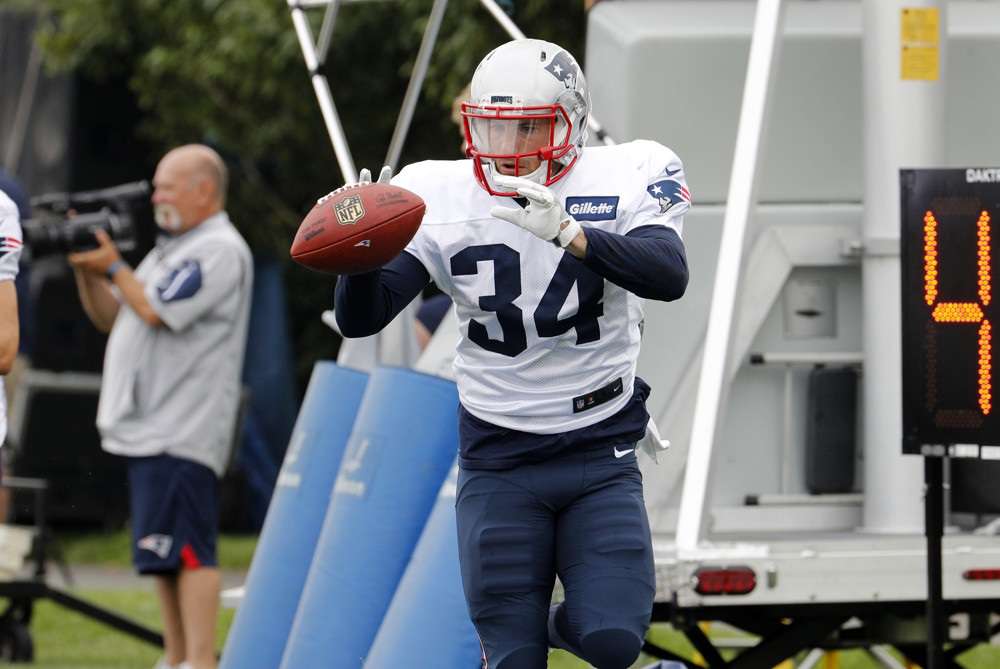 June means Fantasy Football is heating up just like the weather and thousands of Best Ball drafts are taking place every day. The running back craze has overlapped into the world of Best Ball and the position is being drafted like there is no tomorrow.

The logic matches up, especially when you consider that backs like Todd Gurley, Le’Veon Bell, and David Johnson act as wide receivers and running backs wrapped into one player. Yet there are Best Ball running backs that can be taken in the fifth round or later that can provide value -and if you draft right- only one of them will have to hit on a weekly basis to provide a winning score.

Let’s take a look at Best Ball running backs that can be drafted in the later rounds so that you can load up on receivers that will provide a solid floor with a high ceiling.

Coleman had the most carries of his career in 2017 with 156. This was in part to Devonta Freeman missing two games which made Coleman the lead dog in the Falcons backfield. During Weeks 9-11 (Freeman left Week 9 early with a concussion) Coleman’s carries were 20,20,19. However, the most carries Coleman had when Freeman was healthy was only 14.

The limited touches on a weekly basis make Coleman a tough player to project and that is why he is one of the Best Ball running backs to target in 2018.

He is going anywhere from the sixth all the way to the ninth round in Best Ball drafts. Coleman is in a contract year and will be doing his best all season to earn a large paycheck for himself (most likely in a starting role on another team).

Throughout his three-year career, Coleman has made a name for himself by making big plays in the passing game. His average yards per reception last season was 11.1 on 27 catches. While those numbers are both down from 2016 (thanks in part to OC Steve Sarkisian), we could see the best Tevin Coleman we have seen yet in his fourth season.

Coleman had 927 total yards and eight touchdowns last season and was RB22 in .5 PPR leagues. Feel good about getting a solid RB2 that has increased value in Best Ball formats where his week-to-week projection is not pressing.

Bernard produced as an RB2 five times in 2017 and was an RB1 twice, including the RB3 overall in Week 16. Joe Mixon is the starter going into 2018, but Bernard is still going to have a solid role on this team on third downs. Similar to Coleman, Bernard will have an expanded role for the Bengals. The advantage for Fantasy gamers thinking about drafting Bernard is that Mixon is not as developed as Freeman and there is still a chance he does not pan out as a reliable enough running back to provide 250-plus touches.

Bernard exceeded 200 touches in his first three seasons as a Bengal (2013-15) but only played in 10 games in 2016. Last season Mixon got a lot of work and Jeremy Hill was still hanging on by a thread on the roster. Now, Bernard is fully healthy and clearly the change of pace back for the Bengals. The 26-year-old still managed over 800 yards of total offense on 105 carries and 43 catches and he finished as the RB36 in .5 PPR.

What makes Bernard a great late-round Best Ball running back is his stand-alone value with a potential three-down workload if anything were to happen to Mixon.

Bernard can be drafted anywhere from the 10th to the 12th round of Best Ball leagues, which makes him a steal. He is somebody who will surely slot into one of those two running back slots half the time without having to pay up for the production.

Marshawn Lynch is slipping down draft boards constantly. He was taken in the third or fourth rounds in redraft leagues last season as his return to the NFL was highly anticipated as a Raider. He was taken on average as the 19th running back off the board and sure enough, Lynch finished as the RB19 overall.

After taking an entire year off Lynch had 207 carries for 891 yards with seven touchdowns. The perception of “Beast Mode” is that he is old as dirt but he is actually only 32 and will be for the entirety of the 2018 season. Frank Gore was 34 last season and had almost 300 total touches. Jon Gruden has brought in a run-first mentality and Lynch is still the starter for the Raiders.

The backfield has gotten more crowded with Doug Martin who is generating some offseason buzz, but Lynch will have to lose his job as the starter before Martin threatens his workload.

Lynch is still in line for over 200 touches and is being drafted as the 79th running back off the board. Lynch is one of the better Best Ball running backs to wait on as his workload is desirable for a weekly play, but he does not have to be relied upon every week. Lynch can be selected in the eight-10th rounds of Best Ball drafts and can return value at the running back position in 2018.

The Patriots running back conundrum has been a thing for over a decade. Drafting one means that he will most likely be in a timeshare of touches. 2018 is extra tricky because the Patriots did a very un-Patriots thing by drafting Sony Michel out of Georgia in the first round.

The current depth chart also has Mike Gillislee, James White, and Jeremy Hill. It could get kind of crowded.

Burkhead is, however, the quintessential running back the Patriots like to have. He can run between the tackles and has great hands. He was used quite often in the red zone last season when he was healthy and had five touchdowns on carries within the 20-yard-line. He added three more touchdowns through the air and was a producer in Fantasy in large part to those scores.

What makes drafting Burkhead so appealing in Best Ball is that he does not have to be the Patriots back on a specific week for your team. He just has to be the guy in a lot of weeks.

That was Burkhead’s role last season and the Patriots uncharacteristically locked Burkhead into a three-year deal. Michel is being taken in the fourth or fifth rounds which means that Burkhead is a discount.

Of all the late-round Best Ball running backs, Burkhead has arguably the most upside as he could get the majority of the work for a Patriots squad who is going to score a lot of points. The 27-year-old Burkhead can be selected in the seventh-ninth rounds and his ADP is right around eight. Low-risk and high-upside without having to rely on every-week production? Sign me up all day for Burkhead in Best Ball.

Like what you’re hearing? Head on over to Fantrax and give Best Ball Leagues a try.

Fire & Ice: Mister Anderson Is The One