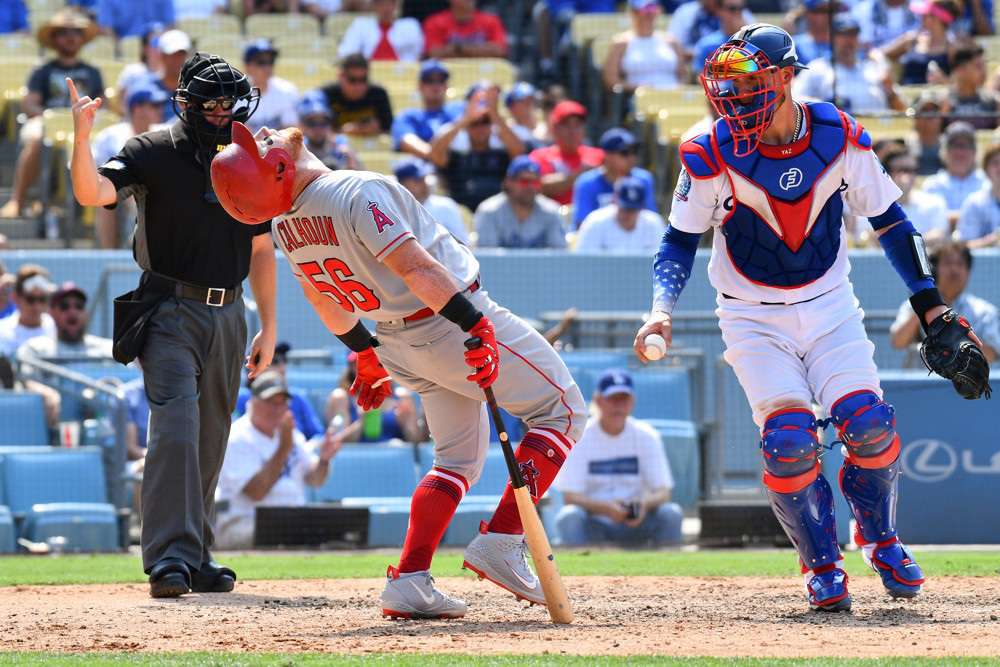 It’s no secret that baseball is undergoing a major change right now. The ball is flying out of the park at an insane rate, with home runs seeing an unprecedented growth; last year saw more home runs hit in a single season by almost 1,000. 1,000! We are actually on a slower pace than last year for home runs hit, but even at this pace we are still going to finish with more home runs hit than any year other than 2017 and 2000. It’s worth noting, however, that there are actually fewer runs being scored overall than previous years. So with more home runs but less overall runs, what is that doing to the rest of the stats we follow as baseball fans?

Let’s take a look at some of the individual stats and determine what kind of changes are happening under the hood with our average baseball player. I’ll note that I’m mostly just sticking to analyzing data from the year 2000 to now, as that nearly 20-year span is not only applicable because of recent memory bias, but also because there was the huge offensive boost of the mid-2000s that people seem to forget about. All things considered there are some interesting trends to keep an eye on.

Let’s start with the easy one. For years there was a fundamental misunderstanding of batting average as a true indicator of talent level. Is it important? Sure, but it isn’t the be-all, end-all that our fathers and grandfathers understood it to be. Case in point, a .300/.330/.450 hitter seems really good, but a .260/.380/.450 hitter is almost universally a better player. The player with the better OBP is going to be on base a significantly higher amount, so that not only increases the odds of scoring more runs but also of stealing more bases if the player is of a skillset to do so. We’ve seen the huge groundswell of support for OBP leagues as people understand the sport to a greater degree, and we’re much better off for it.

So it’s obvious to us, as fantasy players, that batting average is a less reliable measure of success but is actual baseball catching on to the trend as well? If Major League average averages (I had to do it) are any indication then definitely so. The 2018 season marks the year with the lowest batting average of the time period we are discussing by a large margin. In the year 2000 Major League Baseball was sporting a .270 average for the season, compare that with the .248 mark so far in 2018 for a loss of .022 points, which is a tremendous change no matter how you look at it.

To us as fantasy baseball players this means by and large that hitting for average is A: not quite as important as it used to be, and B: more valuable than it has ever been. This year’s Joey Gallo with his .192 average is still hurting your team quite a bit, but last year’s Joey Gallo and his average of .209 are a lot easier to stomach considering you don’t have to bat .280 to be competitive in your league with batting average. Conversely if you happen to have drafted Corey Dickerson, that .314 average is really helping elevate your team to the next level. I still don’t like to punt categories, but if you’re going to do it batting average is more viable than ever in my opinion.

That leads us into batting average’s much more attractive sister, the one you always kind of thought was beautiful and charming but it wasn’t until you saw through the façade that batting average presented to you that you were able to completely comprehend just how amazing on-base percentage is. Of course not only have you noticed how amazing OBP is, but so has nearly every other fantasy player on the planet.

So has OBP changed as much as batting average over the last 20 something years? Well, not really. Since 2000 we have seen OBP fluctuate from a high of .345 in 2000 to a low of .314 in the 2014 season. And actually the main trend we can see with OBP is that there are two distinct periods over our time span with 2000-2009 sitting on an average OBP of .334, while from 2010-2017 that average falls to .320. So after that last crazy offensive era ended we’ve been relegated to a much lower number of players on base to the tune of .014 percentage points.

Even with this lesser fluctuation of OBP it’s hard to say whether or not batters are favoring it over their previous tendencies to hit for batting average. Is OBP down because AVG is down? Or is OBP down because pitchers are better? There are a lot of options here and none of them quite cover it entirely, so I’m inclined to believe that it’s really a culmination of things affecting on-base percentage.

With the next two stats I’m going to try to tackle this mentality of “the shift is ruining baseball” that I have seen a lot of hitters moan and complain about lately. The crux of that argument is that because defenses are shifting players so much all of these poor hitters can’t perform to the best of their ability. I’ll admit that shifts are changing the way baseball is played, but that mindset mentioned is a load of garbage and the numbers will tell you why.

Since 2000 we have seen an average of 22,183 runs cross the plate in a given year. That number reached a high of 23,599 in 2006, and a low of 19,761 in that 2014 season we’ve mentioned before. The trend we can see is that there were cray high numbers early in the millennium, but those numbers have largely tapered off to average about 22K in recent years. And this season we are on pace for 21,803 runs, falling right in line with that analysis.

It’s easy to understand where hitters are coming from with this shift complaint, fire bad and change scary of course so a game like baseball which is steeped in lore and history isn’t going to change willingly. But it’s also worth pointing out the hypocrisy of their argument that offense is down because of the shift is nonsense. Numbers are down from the early 2000s, but that was the glory day of offense, and this new era of baseball is still scoring more runs than any era in history other than the one we’ve mentioned.

For a great take on the shift, check out Matt Carpenter and other player’s thoughts on the matter here.

This brings me to my next topic, earned run average. While not necessarily a good indicator of a pitcher’s skill and value, it does still retain its usefulness in determining overall offense in a given year. Unearned runs can certainly factor into the equation, but the variance is usually low enough to not make a major impact on the numbers.

All of this basically amounts to exactly what the other stats have said all along: offense is increasing from it’s early twenty-teens numbers but isn’t quite hitting the peak of the mid-2000s. Once again hitters are completely messing up the fact that the shift really isn’t stymying scoring at all. If not for the steroid era we would be looking at the greatest offensive environment baseball has ever seen. I don’t expect these trends to change much over the next few years, and if I were a betting man I would say offense is only going to get better over the next 2-3 years before finally hitting a wall and settling in.

I’ll leave you with one point: we are living in the era of the three true outcomes player. If you’re not aware of the phenomenon, check out this post that I made much earlier in the season. It’ll go into detail explaining what it is and also has some great information as far as home run statistics. So go look at your fantasy team and figure out your strengths and weaknesses, and hopefully this new info helps lead you to a championship.