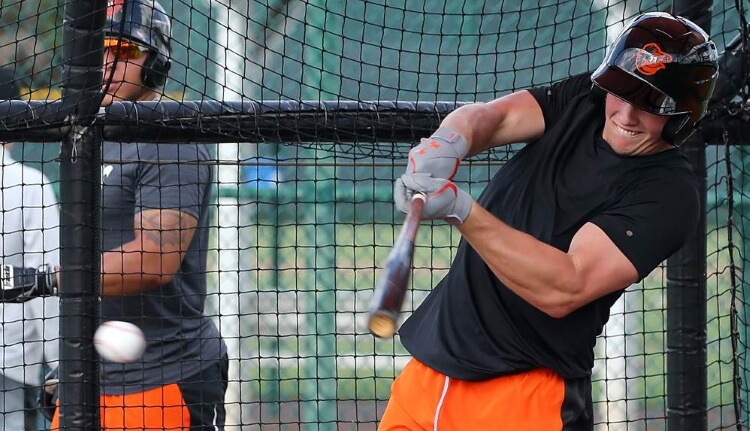 Welcome to the beginning of our 2022 team top prospect rankings series. Over the next month or so, Eric Cross and Chris Clegg will go through all 30 Major League organizations, starting today with their Baltimore Orioles Top Prospects for dynasty leagues. In each installment of this series, you’ll find the top-20 rankings from both Eric Cross (AVG) and Chris Clegg (OBP) along with one prospect each that they’re targeting heavily in dynasty leagues right now. Hopefully, these rankings will help you in your dynasty leagues, and maybe give you some new trade targets to consider.

The Baltimore Orioles have had a rough go of it at the Major League level over the last few years, but their farm system is quite intriguing right now thanks to one of the best player development teams in the league. These aren’t your Orioles prospects of old, that’s for sure. Baltimore has the #1 catching prospect in the game, one of the top two pitching prospects in the game, and plenty of other talent on the rise.

Those that follow my work probably are familiar with my hyping of Colton Coswer. After the four prep shortstops, Seiya Suzuki, and Jack Leiter, there’s no player I’d rather have in an FYPD this year. In fact, I’d be willing to bet that Cowser is ranked ahead of half of those names by this time next year.

Coswer features a plus hit tool with an exceptional approach at the plate that led to more walks than strikeouts in college and last season in the low minors. This is a top-of-the-order profile that could even develop into a middle-of-the-order profile if his power continues to progress. Wehn talking with Eric Garfield that covers Baltimore prospects, he mentioned that Cowser’s power is better than people give him credit for. Sure, he won’t be a massive power/speed threat, but we could be looking at a strong AVG/OBP with the potential to post some 20/20 seasons at peak. Even if you don’t get him in your FYPD, I’d highly recommend trying to trade for him now before his value likely skyrockets this season.

If there is one player I am looking to target in the Baltimore Orioles system right now its DL Hall. I was once completely off Hall, but I believe there are good reasons to buy in now after several really good reports. When great scouts are in on a player, I listen to what they have to say. Geoff Pontes of Baseball America and the Prospect Live crew are all very high on Hall and for good reason.

Pontes ranked Hall as having the third best arsenal among pitchers in Baseball America’s Top-100. Hall utilizes a fastball, slider, curve, and changeup mix. His fastball sits in the upper 90s consistently can gets a ton of swings and misses. Not to mention he throws it for strikes quite often. Hall’s three secondaries are all strong pitches in which he generates a ton of whiffs. He needs to prove health and lower his walk rate, but if he can Hall has endless upside.