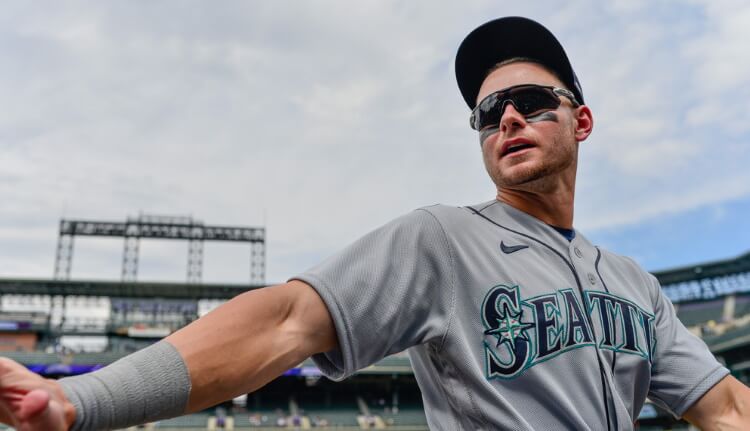 Batting Average on Balls in Play, otherwise known as BABIP, measures a player’s batting average on balls hit in the play of field. BABIP removes home runs and strikeouts from the equation entirely because those are factors not affected by the defense.

BABIP: What is it and Who Will Bounce Back

In 2020 and 2021, the league average BABIP was .292, down from the .298 league-wide BABIP in 2019. Using a player’s BABIP compared to league average can be helpful for both pitchers and hitters. Pitchers who run high BABIP’s usually suffer from poor defense or bad luck. Often we see a pitcher’s BABIP regress toward league average if they have an average defense behind them.

Hitters, on the other hand, can own the skill of BABIP. Player’s with high sprint speeds and high line drive rates usually run high BABIP’s. You have two extremes in Tim Anderson and Austin Riley. Anderson consistently posts high BABIPs due to high-end sprint speeds and solid line drive rates. On the flip side, Riley scorches line drives which helps him sustain a high BABIP. But for the most part, you will find players with extreme BABIP’s regress toward the league average over time.

Now that we have established what BABIP is and why it is useful, let’s look at some players who should see their BABIP’s rise in 2022.

Bellinger’s struggles can be attested to various things; injuries, swing changes, and even poor BABIP’s. There are low BABIP’s, and then there is Cody Bellinger’s .196 BABIP. Among hitters with 300 plate appearances in 2021, Bellinger posted the lowest BABIP by far. Austin Hedges came the next closest with a .214 BABIP, followed by Jarred Kelenic’s .216. It is also worth mentioning that Bellinger’s BABIP in 2020 was also .245. Bellinger posted a .305 BABIP in 1840 plate appearances in the three seasons before. Why did Bellinger’s BABIP fall so far the last two seasons?

Injuries likely played a part in Bellinger’s downfall. His shoulder issues began in 2019. In 2020 Bellinger dealt with a lat muscle injury. Last season was when the injuries started to pile up. In the first week of the season, Bellinger had a bruised calf in his left leg, which turned out to be a fractured fibula. He later injured his left hamstring, which aggravated him all season. Then he had a fractured left rib. Not to mention offseason shoulder surgery before 2021. I am confident the injuries played a significant role in Bellinger’s struggles.

Additionally, Bellinger saw his line drive rate drop significantly while hitting more pop-ups. This was likely caused by trying to overcompensate due to injuries. His hard-hit rate was down significantly in 2020 and 2021. These factors led to the low BABIP.

After posting elite numbers throughout the Minor Leagues, Jarred Kelenic’s debut was far from inspiring. He managed to hit 14 home runs and steal six bases in just 377 plate appearances, but he slashed just .181/.265/.350. Kelenic strikes me as a player who will run high BABIP’s, and he did just that throughout the Minors.

Kelenic’s struggle should not be a huge surprise as he had to adjust his swing to catch up to Major League pitching. His line-drive rate was meager at 15.6 percent. Line drives naturally produce the highest BABIP among all batted ball types. Kelenic also did not hit the ball hard, which played a significant role in his low BABIP.

It is hard to project Kelenic for 2022 because he still has some kinks to work out in his approach. But you should expect the BABIP to rise close to league average, and in the future, I envision him being a hitter who posts BABIP’s well above league average.

It seems like ages ago that Paul DeJong was a relevant Fantasy Baseball player, but it was just 2019 when he hit 30 home runs and stole nine bases. The slash line was far from sexy, though, as DeJong posted a .233/.318/.444. But going back to his rookie year in 2017, DeJong hit 25 home runs in 443 plate appearances with a .285 batting average. Unfortunately, DeJong’s career has trended in the wrong direction, but there is hope for 2022.

Why is there hope, you ask? Well, first, the National League DH opens up another spot in the Cardinals lineup. DeJong has been working every day on his glove and his bat. He has spent five days a week reworking his swing with Lorenzo Garmendia. What is significant about Garmendia? He helped give Willy Adames a jolt last season. He reworked Mookie Betts swing in 2019 and J.D. Martinez before his late-career resurgence.

There is hope for DeJong in 2022 because he did manage 19 home runs in just 402 plate appearances and ran a very low BABIP last season. His .216 BABIP was tied with Kelenic for the third-lowest among all hitters with at least 300 plate appearances. It is funny to see DeJong’s BABIP fluctuate from season to season based on line drive rate. In 2017 and 2020, DeJong posted BABIP’s of .349 and .340. Those seasons his line drive rates were 23.5 percent and 28.3 percent. When his BABIP tanked last year, his line drive rate was just 15.7 percent. With a reworked swing, DeJong could see more line drives, leading to a higher batting average. We already know he has the power and going as late as he is in drafts, he is worth the dart throw.