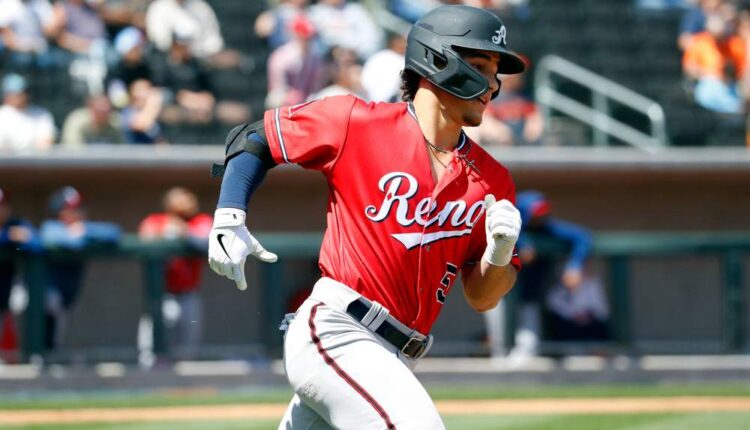 Welcome to our 2022 team top prospect rankings series. Eric Cross and Chris Clegg will go through all 30 Major League organizations, continuing today with their Arizona Diamondbacks Top Prospects for dynasty leagues. In each installment of this series, you’ll find the top-20 rankings from both Eric Cross (AVG) and Chris Clegg (OBP) along with one prospect each that they’re targeting heavily in dynasty leagues right now. Hopefully, these rankings will help you in your dynasty leagues, and maybe give you some new trade targets to consider.

The Arizona Diamondbacks system is one of my favorite in baseball with plenty of elite current talent and younger prospects on the rise. One of the many that fit into the latter is Deyvison De Los Santos. In 254 plate appearances last season between Complex Level and Lo-A, De Los Santos slashed .295/.370/.489 with 16 doubles and eight home runs, flashing exciting power upside along the way.

De Los Santos already has easy plus raw power with projection left on his frame to add more as he matures over the next few years. He ran contact rates a hair above 70% last year which aren’t great, but also not terrible either. Increasing his contact rates and refining his plate approach will be the key for De Los Santos moving forward and what will determine if he can settle in as a middle-of-the-order thumper for Arizona. He’s off to a solid start this season as well with a pair of homers and a pair of doubles in his first eight games, albeit, with a 1/11 BB/K ratio. De Los Santos is definitely a prospect firmly on the rise in dynasty leagues that could be within the top-50 by the end of 2022.

Geraldo Perdomo feels like a perfect buy-low in dynasty leagues right now. Ignore the stat line so far to the 2022 season and let’s talk about what he is capable of doing. Perdomo used to be considered a top-75 prospect by many, but the shine faded quickly after Perdomo struggled in 2021 after being called up (prematurely in my opinion).

It is important to remember that Perdomo just turned 22 this offseason and still had an intriguing skillset at the plate. After being sent him down to work on his swing after he struggled in the Majors last season and it paid off. Perdomo slashed .329/.415/.527 and looked improved when he returned to the Major League club in September.

What Perdomo brings to the plate is an elite eye and good plate discipline. He walks at a high clip which comes with a high OBP. Even in his rough stint in Double-A last season, Perdomo still posted a .351 OBP. His lowest walk rate at any level in which he received 100 or more plate appearances was 9.6 percent in High-A in 2019. There is potential average game power in his profile with above-average speed. Perdomo is a huge plus in OBP leagues but even in a batting average league, he could be a solid contributor who approaches 15 home runs and 15 stolen bases.