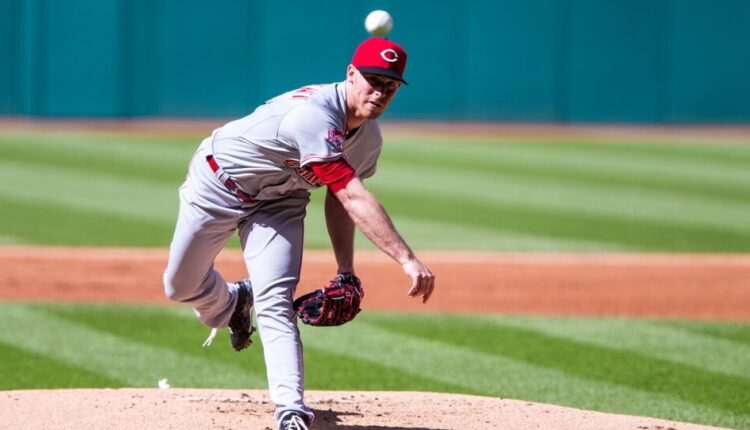 Today we’re analyzing two starting pitchers who recently signed with MLB teams and could have an under-the-radar fantasy impact. J.A. Happ signed with the Minnesota Twins, and Anthony DeSclafani signed with the San Francisco Giants. Both pitchers have their warts, but both deep league starting pitchers have an ADP around pick 400. Happ uses a fastball-heavy approach and eats up innings with surprisingly decent ratios. With DeSclafani, he struggled with injuries in 2020 that likely contributed to his massive 7.22 ERA. Although their average draft position keeps slowly creeping up, these two pitchers are still underrated and deserving of a closer look. Before we dive into it, don’t forget to check out the FantraxHQ Fantasy Baseball Draft Kit.

Veteran J.A. Happ heads into the 2021 season at 38 years old and with the Yankees over the past two seasons. The Minnesota Twins recently signed Happ to a one-year $8 million deal that slotted him as the SP4. Since they currently haven’t re-signed Jake Odorizzi, Happ filled that backend starting rotation role. With that said, let’s start analyzing the surface stats and underlying metrics.

Prior to 2019 with the Yankees, Happ recorded a 3.48 ERA combined over the four previous seasons (2015-2018), where he averaged over 172 innings. According to The BAT Park Factors, Happ will arguably pitch in a slightly better home park. Although we’re only touching the surface in analyzing starting pitchers, we should applaud Happ for the consistency.

BUT perhaps the true 2020 body of work was hidden?🔬

We saw positive results in 2020, especially with the swinging-strike and whiff rates. Let’s hope that sticks in 2021.

J.A. Happ continues to eat innings and outperforms his expected stats. From 2015-2020, Happ recorded a 3.74 ERA (4.10 xFIP), a 22.2% strikeout rate, and a 7.1% walk rate. Over the past six seasons, not including 2019, when he finished with a 4.91 ERA, Happ recorded an ERA of 3.65 and lower. Although he doesn’t wow us, Happ’s xERA looks similar, but he limits the quality of contact in some seasons. Now with the Twins, it’s a home ballpark upgrade, and that should bear well for Happ heading into 2021, especially with the signing of Andrelton Simmons to boost the defense. That said, it should only help Happ and his expected stats.

Happ also throws his four-seamer a ton to right-handed batters. He tends to face righties more often, given he’s a lefty. In 2020, Happ pitched 14.1 innings against lefties and allowed a .252 wOBA. Meanwhile, he pitched 35 innings against right-handed hitters with a .296 wOBA allowed. Those numbers fall in line with his career trends of having a higher wOBA allowed against righties paired with significantly higher innings totals.

It appears that he finds success by primarily using the four-seamer against right-handed hitters while using the sinker against lefties with some arm side run on the inner half of the plate. According to Statcast data, Happ’s four-seamer in 2020 resulted in a .257 xwOBA against righties. That’s significantly lower than his 2018 (.332) and 2019 (.356) xwOBA allowed, but the four-seamer still finishes with decent results. We noticed similar outcomes with the sinker, as it resulted in a .288 xwOBA in 2020. Though his sinker allowed a .225 xwOBA in 2019 and .243 xwOBA in 2018, it resulted in higher whiff rates than in 2020.

Over the past few weeks, J.A. Happ’s NFBC ADP crept up about 30 picks to 381.65. As a late-round sleeper, Happ should provide decent ratios in a division where he faces the Tigers and Royals. The BAT projects him for a 4.42 ERA and 1.30 WHIP with an 8.30 K/9 and 3.31 BB/9. Sure those projections don’t look great, but as mentioned earlier, Happ continued to perform decently.

Happ finished with an ERA of 3.61 or below in five out of the past six seasons. He ate up a ton of innings with an average of 170 innings (2015-2019). In best ball drafts or as a late-round flier, I’m grabbing Happ where I can. The Twins home ballpark should help him even if his pitch arsenal and results aren’t sexy. With his ADP, decent track record, and durability, don’t overlook Happ as a streamer.

Could the Giants take on another reclamation project in Anthony DeSclafani? We may have another one of their starting pitcher late-round fliers on our hands in 2021, such as Kevin Gausman and Drew Smyly. Hopefully so since he struggled mightily in 2020. In 33.2 innings, DeSclafani recorded a 7.22 ERA (5.63 xFIP), 1.69 WHIP, a 15.8% strikeout rate, and a 10.1% walk rate. His strikeout rate dropped from 24%, and his walk rate increased from 7% in 2019.

Fun fact about Anthony DeSclafani last year: only 1 pitch in his entire repertoire had a negative pVAL (his CB, his 2nd-least thrown pitch)

Everything else was at least a 1.4 pVAL, with his slider as his best:

With so much hype heading into 2020, what went wrong? Whenever analyzing starting pitchers and hitters in 2020, it’s necessary to check the injury and Covid-19 news. DeSclafani came into the shortened season on the injured list with a mild right teres major strain, which is an area near your scapula. It’s something to note since that could’ve impacted his throwing motion and contributed to the struggles in 2020.

However, when we glance at Anthony DeSclafani’s 2019 season, he pitched well with a 3.89 ERA and 1.20 WHIP with a 24% strikeout rate and a 7% walk rate across 166.2 innings. He recorded his second-highest LOB% at 77.7% in 2019 and his lowest BABIP allowed at .273. When comparing his 2019 LOB% and BABIP, both vary slightly from his career .300 BABIP allowed and 72.3% LOB%. With DeSclafani’s highest strikeout rate of his career in 2019, it’s not surprising to see a career-high 10.1% swinging-strike rate. Over his career, he hovered around his career average of a 9.6% swinging-strike rate. That said, let’s dig into his arsenal and pitch results.

It makes us wonder whether the slight pitch mix change was due to the injury or the shortened season randomness. That said, I’m digging the ADP past pick 400. Regardless, DeSclafani uses his two fastballs and the slider around 80-90% of the time over the past three seasons. He even sprinkled in a curveball at 10.1% and 15.1% of the time in 2019 and 2020.

As mentioned earlier, Anthony DeSclafani uses four pitches over double-digit percent of the time. That’s a positive attribute when I’m analyzing starting pitchers since he doesn’t rely on one or two pitches. We’ll look at his pitch results even though we should give him a mulligan for his 2020 season.

In 2020, hitters crushed DeSclafani’s four-seamer with a .346 xBA, .673 xSLG, and .452 xwOBA. When looking at other seasons, the four-seamer isn’t that effective, and that’s likely one of the reasons he doesn’t heavily rely on it. He typically pounded the zone with the four-seamer and sinker. However, the zone rate on his four-seamer dropped from 54.2% in 2019 to 47.7% in 2020. The Zone% on his slider also dropped from 46.7% in 2019 to 39.4% in 2020 compared to a career 44.8% zone rate. It makes us wonder if the injury contributed to the lack of control with the higher walk rate and drop in zone rate on his slider and four-seamer. I think probably.

Great America Ball Park for the Reds is well known as a hitters park. Now that he’s in San Francisco, it projects as a home park upgrade, even if it appeared a bit more hitter-friendly in 2020. At home, the Giants ranked 4th with a .351 wOBA in 2020 compared to a .279 wOBA (No. 30) in 2019. Wow. Granted that there was a smaller sample in 2020, it’s still eye-popping. They adjusted the ballpark dimensions and moved in the fences in left-center, center field, and right-center. We also saw reports that the Giants closed the archways at Oracle Park. That’s significant because the wind supposedly knocked balls down towards right field with the archways open. It’s difficult to know how much that impacted the offense, but overall we have a couple of reasons for the offensive explosion in 2020.

After a major offensive boost at home, will the Giants keep the Oracle Park archways closed again next season? (via @PavlovicNBCS)https://t.co/x89YnmpllF pic.twitter.com/6gSr7lkMiT

We mention all of this since the new home ballpark should help Anthony DeSclafani in 2020, but maybe less so than we anticipate. With the Giants rotation not full of studs, he should eat up innings. Like several other deep league starting pitchers, DeSclafani struggles the third time through the order, so that’s an added concern.