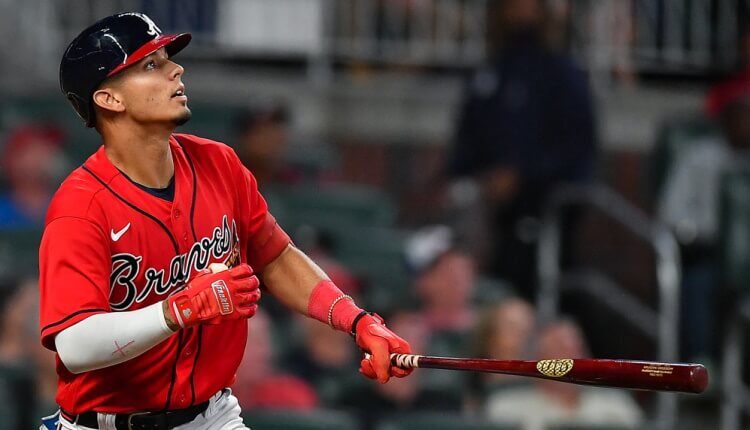 Two weeks ago, I released my first article of this series diving into former prospects with small MLB sample sizes. The goal of these articles is to try and analyze the value these players hold in 2023. While some things like playing time will become ironed out during the off-season, I look at their 2022 statistics and give my advice on how I would be valuing them. If you want to read about Michael Massey, Triston Casas, or Oswaldo Cabrera you can check out the first part of this series here! In this article, I look at three new hitters and help provide insight into how they might perform in 2023. Check out the article below and let me know what you think!

What Stats are Important in Small Samples?

In the first article, I dove into some of the statistics we look for when analyzing small sample sizes in prospects. Since I already gave a more detailed explanation that you can check out for yourself, I will keep it short here. The main areas I am looking at are these prospects’ plate discipline and their exit velocity. Swing tendencies stabilize the fastest and are the most predictive when looking ahead. For some of these prospects with more plate appearances, we can start to paint a picture with their batted ball data. If you want more information I encourage you to check out my first article and check out freezestats.com which has a great article on this!

Talk about having a great 2022 season! Vaughn Grissom went from deep league dynasty prospect to a name known amongst everybody in any sort of keeper league. Grissom was dominating in A+ and AA before being promoted straight to the big leagues in August. Grissom’s first home run was a moonshot over the Green Monster, and he continued to dominate after that. Through his first 103 plate appearances, Grissom hit .347/.398/.558. He cooled off after that and would finish the season with 156 plate appearances and a .291/.353/.440 triple slash. Grissom’s 2023 value is up in the air. Do you buy into the first 103 plate appearances that had people considering Grissom as a generational prospect, or are the final 53 plate appearances in which he hit .174 more indicative of his talent level? Let’s dig a little deeper to try and figure it out!

Since getting into the Atlanta organization, Grissom was never a player who struck out a lot. In fact, the highest strikeout rate he ever posted in the minors was 14.9%. Atlanta’s former prospect did not exhibit a similar plate discipline in the majors as he struck out 21.8% of the time. Grissom’s 2022 swing percentage was above 51 and he was especially aggressive on pitches out of the zone. Grissom particularly struggled to handle breaking balls. He whiffed well above league average and as the season went on, pitchers started throwing him more with two strikes. Over the final month of the season, Grissom struck out on over 28% of his plate appearances. This compared to only 15.2% in August.

When looking at Grissom’s Baseball Savant page, the pitchers’ approaches with two strikes stick out. As you can see in the picture below, pitchers started throwing Grissom more breaking balls out of the zone with two strikes. Grissom’s aggressive approach was getting him in trouble and pitchers were willing to exploit that.

Turning to Grissom’s quality of contact metrics the exit velocity is actually very concerning. As discussed in the first article, exit velocity tends to begin stabilization between 50 and 70 balls in play. Grissom put 108 balls in play in 2022 and posted just an 84.6 average exit velocity. In addition to this, Grissom posted just an average launch angle of nine degrees. His line drive percentage looks great on paper, but that stat takes nearly 600 balls in play to stabilize. With his low launch angle, I am afraid his line drive percentage will start to come down. Grissom’s early success was dependent on an extremely high BABIP. Grissom finished 2022 with a .350 BABIP which screams regression.

The encouraging part of Grissom’s profile is his raw athletic ability. Grissom is 21 years old and is as toolsy as they come. My favorite part of his profile is his pull percentage. With the shift disappearing in 2023, there are no negative consequences to being a pull hitter. Pulling the ball only increases your chances of hitting a home run. I think Grissom will hit about 15 home runs in 2023 and put up a batting average of around .270. I love Grissom in dynasty formats where you can be patient, but I worry about his 2023 production. In terms of his ADP, he is going around 2B18 which is not a horrible spot. I just wonder how closely his profile compares to Gavin Lux who is going almost 70 picks later. I am not out on Grissom, but his contact and swing decision metrics give me reason to pause.

Henderson is definitely the most well-known and highly regarded of the prospects in this series. Henderson was dominating in the minor leagues before his late-season promotion. Going into the 2022 season, Henderson adjusted his approach at the plate and had incredible success. He posted a 125 wRC+ across his first 132 plate appearances in the big leagues. The only issue is Henderson is currently going on average as 3B8. Expectations are high for Baltimore’s young star. The question is whether or not Henderson is worth this hefty draft price. Time to dig into his profile and try to figure it out!

There is a lot to be impressed about when looking at Henderson’s profile. First off, his chase rate is exceptional. Henderson only chased 17.9% of pitches out of the zone during his call-up. These are elite numbers especially when you consider that Henderson still swung at a league-average number of pitches inside the strike zone. Henderson was not just going up there refusing to swing, but rather laying off almost everything out of the zone. Among hitters with at least 100 plate appearances, there were only six batters who posted a chase rate below 19% and an in-zone swing rate of at least 65%. Those hitters were:

Stuart Fairchild is a fun name that I did not expect to be on this list! Regardless my point stands that Henderson has some of the best plate discipline in baseball. His whiff rate is right around league average, and I expect as he continues to adapt to big-league pitching he will begin swinging more in the zone. Fantasy players should expect this patient approach to continue which boosts Henderson’s value even higher in leagues that prioritize on-base percentage.

Quality of contact is a little bit harder to decipher with Henderson. He only put 82 balls in play which is right on the borderline of where these stats tend to stabilize. Henderson’s raw power seems apparent as his average exit velocity was over 92mph. He posted a barrel rate of 9.8% and looked comfortable at the plate. The red flag comes from his average launch angle. Baltimore’s top prospect posted a ground ball rate of 59.8% and an average launch angle of 2 degrees. Ground ball rate takes much longer than 82 balls in play to stabilize, but the launch angle is cause for concern. Henderson has the raw power and raw speed to be a 20/20 player. He just must work to get the ball in the air with more consistency.

Overall, Henderson’s long-term outlook is phenomenal. Anytime a prospect can come up and not look overmatched by big-league velocity and stuff it is impressive. The power is there, and the contact skills are there for Henderson to be great. In terms of his 2023 value, I am okay taking him where he is currently going mostly because you know he has a safe floor. His plate discipline will keep him afloat even if he is pounding the ball into the ground. The price is a little steep, but nothing too crazy for generic ROTO leagues. I am especially buying in for OBP leagues. I think Henderson’s 2023 ceiling is 25 home runs and around 20 steals. Realistically I am projecting 17 home runs and 15 stolen bases. Henderson has a chance to be a special player for years to come but needs to fix his launch angle to accomplish this.

Jung’s early season was derailed by injury, but he did not let that stop him from making his big-league debut. Texas’ most exciting prospect accumulated 102 plate appearances in 2022. The results were disappointing from a player many analysts viewed as being as polished as a prospect comes. Jung struggled to the tune of a .204/.235/.418 slash line. The most discouraging part was the 38.2% strikeout rate. Before last season, Jung had never posted a K% above 22.6% in the minor leagues. Now many fantasy baseball players are left wondering if Jung is as sure a bet to hit as many originally believed. I am going to look at his plate discipline and quality of contact metrics to try and gain a better understanding!

I do not know about you, but not a single name on that list inspires much confidence. The two most important steps for Jung this season are going to be learning how to hit the slider and swinging at more pitches inside the strike zone. Jung only swung at 61.9% of pitches in the zone which is 5% below league average.

Moving onto quality of contact, this is where Jung’s profile gets exciting. Jung posted a barrel rate of 10.2% with a launch angle of 14.3 degrees and a sweet spot percentage of 40.3%. The former top prospect only had 59 batted balls in 2022, but these numbers are still encouraging nonetheless. Based on his minor league success, Jung clearly possesses a rare ability to hit the baseball. He has excellent control of the bat and has enough raw power to hit 30 home runs one day.

So, what should you do with Jung in 2023? Despite his plate discipline concerns, I am more than okay with taking a shot on Jung’s upside. Jung was on a 29/600 home run pace in 2022 and should be the Ranger’s everyday third baseman in 2023. He is being drafted as the 3B19 outside of the top 210 picks in most drafts. Other 3B going around him are DJ LeMahieu, Anthony Rendon, Jon Berti, and Luis Urias. All four of those players mentioned have health and playing time concerns. None of them have the upside at this point that Jung has. I am not reaching on Jung due to the plate discipline concerns, but I think he could be a great pick where he is currently going!