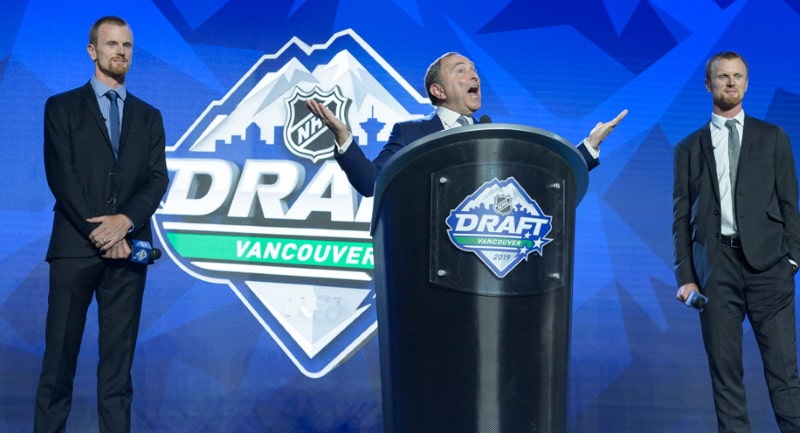 The Ottawa Senators surprised fans this year. Even the Senator optimist club had their doubts at times. Thankfully due in part by Stutzle, Tkachuk, Norris, and Batherson, the team was ‘actually’ exciting to watch. They finished the season with a modest 51 points in 58 games, a feat we did not expect. If the fortune continues beyond the lottery simulator we ran for this column, Ottawa will rejoice in joy.

If this is the first time you’ve stumbled upon our column series, let us introduce you to it. Every week, Fantalytica chooses a random team to take over in a NHL Mock Draft scenario, focusing on the top 2 rounds of the respective team. After each player description, we’ve left a screenshot of our algorithmic predictions for the specific prospect (based on default fantasy settings). Without further ado, let’s take a quick glimpse at the players we chose! 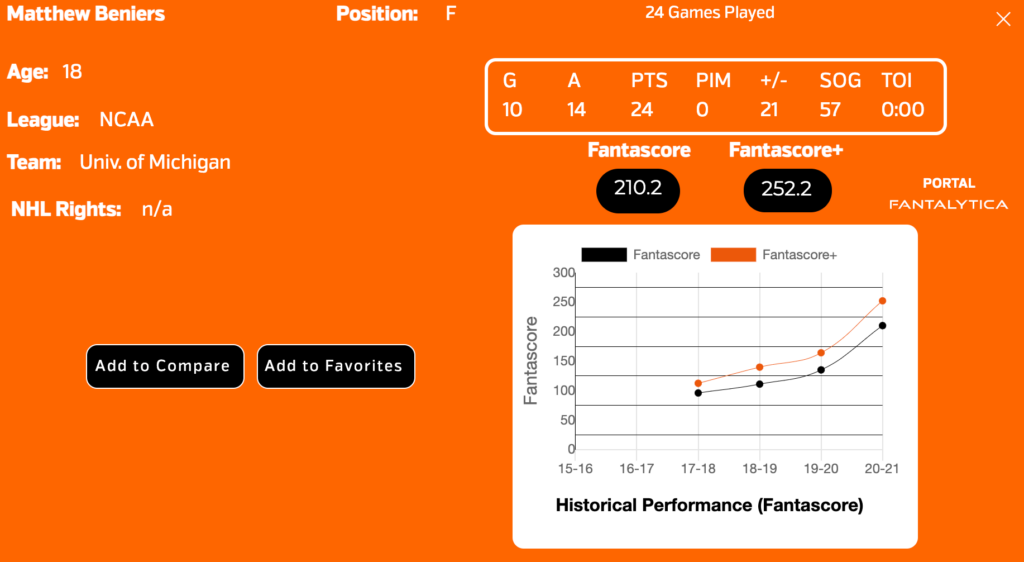 Beniers seems like the best pick here for a few reasons. The Senators likely consider him “best player available”, a term we all are quite aware of. Secondly, Beniers brings massive upside to their crop of young centers – a position you can never be too frugal with. Third, and least importantly, a Beniers / Norris duo would create massive entertainment value.

This is a business, after all. To pivot a bit, Beniers is the safest bet for your squad if you need a center. He has a great chance of starting in the NHL immediately and can bring massive value as a trade piece if you choose to move him later on. He isn’t our best player available choice, but if he fits a need for your team, he’s a solid selection. 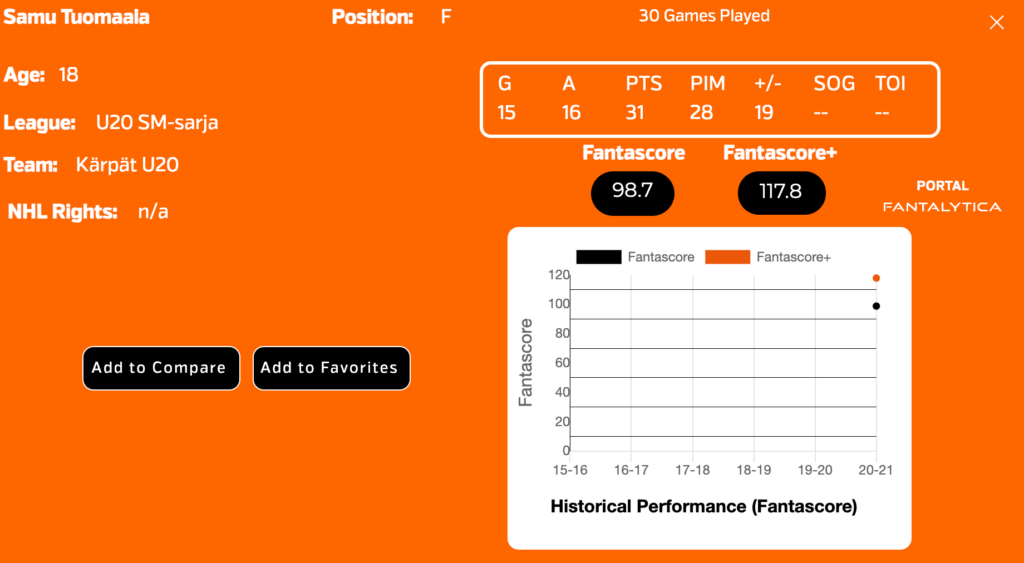 We were fortunate enough to attend this year’s IIHF U18 tournament, and boy oh boy were we enthralled with Tuomaala. Most scouting outlets, media sites, and personal lists have Tuomaala after Koivunen, a fellow Finn – we did the same. After watching the entire tournament in person, it was glaringly obvious that we placed Tuomaala far too low. Tuomaala was the best player for Finland, by a mile. His eye test was miraculous.

If the Senators have any inclination to bring a European 2nd rounder in, Tuomaala should be their guy. Heck, he could go in the 1st. He has a passionate desire to win. He can take control for his team and put the peddle down. There is no doubt he becomes an NHL player, and with this skill he possesses, we can’t see a scenario in which he becomes anything other than a great NHL player. We’re taking him early in the 2nd, are you? 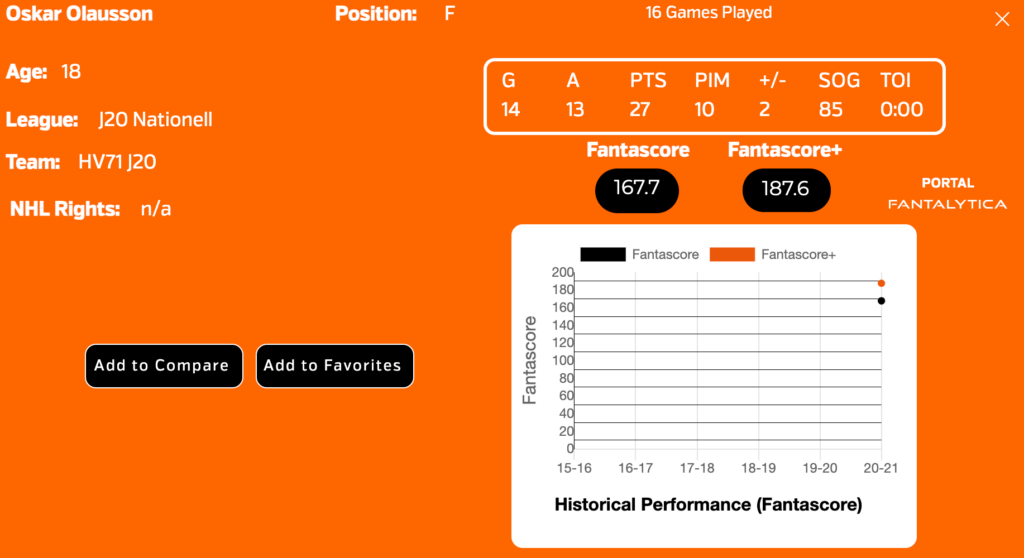 If you read our content, you know we like Olausson. Unfortunately, he couldn’t attend the U18s, which was also apparent for his country (Sweden) at the event. They lacked star power. Lysell could not do it alone. Had Olausson been young enough to attend the event, draft agencies would be talking about him non-stop.

We can’t help it though, he is dynamite. There are a few European skaters that could go in the late 1st or early 2nd, and if you decide to pass on Olausson you will simply regret it. His numbers are good, his eye test is great, and he’s big. That’s a recipe for success.

We know this one was a bit short. Blame the Senators, they need to acquire a few more picks. If you tweet at us asking to request a certain team this week for our next column, we may push it out early.

Did you like this article? Check out more from us: https://www.fantraxhq.com/author/fantalytica/

Looking to dig even deeper into some under-the-radar NHL prospects? Fantalytica highlights Prospects You Don’t Know But Need To.