9 Pitching Values Who Laugh in the Face of ADP 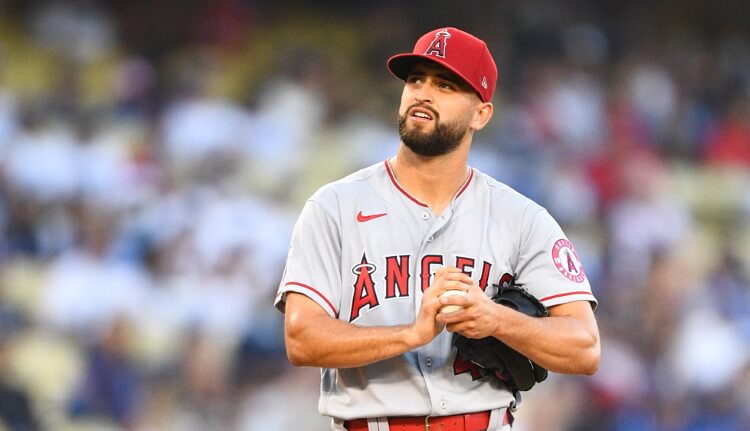 I’ve always felt that hitting was something you had to pay for in fantasy baseball and identifying late-round pitching values was where you ended up winning your leagues… until the last few years. Over the last three or four years, the top starters in baseball have increased in value and it’s been a lot harder to find pitching sleepers at the back ends of drafts.  There were fewer and fewer starting pitchers I felt good about after the 14th round or so. I’m not sure why, but I think that has changed for the 2022 fantasy baseball season.

I see almost 30 pitchers available after the 14th round that I have some level of confidence in. Will they all pan out? Of course not. But then, can we really trust the big-name pitchers going in the early rounds? Just last year, many of the pitchers drafted in the first three rounds didn’t exactly pan out. We lost aces like Shane Bieber, Jacob deGrom, Shane Bieber, and Tyler Glasnow to injury. Gerrit Cole was lights out in the first half, but not nearly as dominant in the second. Sure we had pitchers like Corbin Burnes, Kevin Gausman, and Robbie Ray step up to fill the gap, but it doesn’t change how volatile the top-ranked starting pitchers were last year.

While I will likely still try to grab two Top starters in the first 10 rounds, this year I feel a lot more comfortable shopping in the bargain bin of the last nine rounds. With that in mind here are nine of my favorite pitching values still available after the 14th round. Heck, I could almost use my last nine picks to build a pitching staff and feel alright about it. Hmmmm. We may revisit that later. Right now let’s get to these pitchers I’m so comfortable with.

I’ll run through these pitchers in the order that they appear in NFBC ADP for the month of February thus far. Each of these pitchers has an ADP lower than 168 or after the 14th round in a 12-team draft.

Suarez came out of nowhere, well, actually the bullpen, and was one of the better pitchers in baseball down the stretch last season. I get the hesitancy to buy into a pitcher with absolutely no pedigree, but it’s hard to find a statistical reason not to believe he can at least come close to replicating last year’s numbers, but over a full season.

Suarez checks all the boxes of a potential No. 2 starter in fantasy. He strikes out a batter per inning with solid control. It took a bit to build up his stamina but he averaged well over six innings per start over his last eight starts. His FIP was 2.72 and his Baseball Savant page has all kinds of numbers in the 90th percentile and above. That 179 ADP puts him toward the end of the 15th round in 12-team leagues. That’s typically where teams are grabbing their fifth and sixth starting pitchers. Sign me up for that!

Yes, there are obvious injury and durability concerns, but how often do you get to draft a pitcher with proven No. 1 starter upside this late in a draft? It was only six innings but Severino showed essentially the same type of stuff that he dominated hitters with in 2017 and 2018. The fastball velocity was down just a tick, but the strikeout rate was still there and his command wasn’t lacking. His likely innings limits probably limits his upside to a fantasy No. 3, but those rate stats should be nice and he could easily put up more strikeouts than pitchers who will throw a lot more innings. For me Severino and the next pitcher I’ll talk about are the perfect types of pitchers to target in the last third of your draft. They have the potential to post Top-25 SP numbers and you’re really not risking much if things don’t pan out.

Clevinger is 16 months removed from his second Tommy John surgery. Of course, we wouldn’t be talking about him in the 16th round. A look at his FanGraphs page will remind you of just how good he was from 2017-2020. He brought the whole package of high strikeouts, low WHIPs, and winning records. The Padres will likely baby him a bit in the first half, but he could be a huge part of your fantasy pitching staff as he builds his stamina up. Clevinger, as with Severino, offers a unique opportunity to grab a No. 1 type starter in the back end of your draft. In order to win your league, you have to give yourself opportunities for large profit. Not much of a bigger opportunity for that than Clevinger.

Sandoval kind of snuck up on us. His minor league career was very up-and-down and his first two seasons in the majors didn’t give us all that much reason to think he was anything more than organizational filler. But with the first consistent role of his big-league career, he started putting things together. His final 3.62 ERA and 4.03 FIP look decent but those numbers were tarnished by a few ugly appearances out of the pen. His ERA (3.39) and FIP (3.63) are more indicative of his performance before his season ended due to a lower back injury.

Sandoval’s fastball is not electric at 93.3 mph, but he’s got a four-pitch repertoire that keeps hitters off-balance. His Baseball Savant page paints him accurately as a very solid No. 3 starter with most of his percentile ranks in the 70s or better. Patrick Sandoval is very unlikely to turn into a fantasy ace, but if he can prove durable a 13-14 win season is reasonable with 180+ strikeouts.

I’m getting a feeling of deja vu with Houck. Back in 2018, there was a young starter that made a few starts for the Brewers in the regular season and then showed off some electric stuff in the postseason. That pitcher? Brandon Woodruff, who’s turned into one of the best pitchers in baseball. Houck got a little more regular-season work last year than Woodruff did in that 2018 season, but he’s got the same feel.

There’s really not much to nitpick about Houck’s 2021 season. A look at his FanGraphs page makes you wonder why the projections systems are so down on him. He’s got the strikeouts, a nice 2.74 BB/9, and an xFIP (3.20) and SIERRA (3.28) that were both better than his 3.52 ERA. I’m not sure Houck has the upside of Woodruff, but he seems as safe a bet as any young pitcher to be a quality No. 3 starter. All that and pitching for a powerful Boston offense cements him as one of the better pitching values left on the board after the 14th round.

Yep, another Tommy John rehab. And yes there’s certainly risk in these pitchers, though it’s minimal at an 18th-round ADP. It’s also probably not a good idea to partner Syndergaard with Severino or Clevinger; or Justin Verlander for that matter. Taking a shot on one of these guys could pay off huge if it works out and won’t hurt too much if it doesn’t. Taking up too much space on your staff with injury risks might turn your season into a coin flip.

We can’t really make too much of Syndergaard’s two innings last year. His velocity was down from 2019 but I’m sure he was just looking to put a few innings in the books and have a normal offseason. I am keeping an eye on Syndergaard during Spring Training though and if the velocity seems to be good, I’d rather take a shot at his upside rather than the other pitchers in his draft neighborhood.

Most of the pitching values mentioned so far are injury rehabs or young up-and-comers. Jose Urquidy is just the type of pitcher whose success seems to be ignored. He doesn’t strike out a ton of hitters; his fastball lacks zip, and his StatCast metrics are mediocre at best.

You know what he is great at though? Limiting baserunners. We spend so much time looking at StatCast and other advanced metrics that we sometimes ignore the simple things. In 177 career innings, Urquidy has a 1.02 WHIP. It’s a simple stat but it’s pretty hard to fake. If you don’t put runners on base, you’re going to allow fewer runs. And when you pitch for a team with an offense like the Astros, the wins are going to follow.

Urquidy is the type of pitcher who will always outperform things like FIP and SIERRA, two stats that emphasize strikeouts rather heavily. He lacks the upside of the other pitchers on this list, but I could easily see 15+ wins this season and a WHIP that will match that of the Top-20 starting pitchers in baseball. There’s a ton of value in that.

Ok, you got me. It’s very hard to support Gray with numbers. I’d like to point to a career road ERA (4.65) that was much lower than his Coors-induced ERA (4.54) but I can’t. Gray has teased us with sub-4.00 ERAs a few times but as recently as 2020 it ballooned to 6.69. My faith in him is strictly tied to my belief that pitching in Coors Field affects pitchers even when they are on the road, and that the move to a much more friendly home park in Texas will help build his confidence.

His ADP is in the first round of the reserve picks in a 12-teamer, but I take him in the last round of the regular draft. You can always roster a safe middle reliever and bench Gray until he proves himself. His upside is worth that shot and if it turns out he’s just not who I think he is, it’s just a roster slot you were likely gonna cycle through a lot of pitchers anyway.

Rasmussen seemed to come from nowhere to be a key part of the starting rotation for the Rays down the stretch. Acquired from the Brewers in the Willy Adames trade, Rassmussen seemed at first to be nothing more than another arm in the pen, but the Rays started using him as an opener and he ran with it. Tampa Bay never let him pitch more than five innings but he was incredibly efficient in doing that. Normally you’d expect a pitcher to lose a bit of effectiveness with the move to the starting rotation. Rassmussen obviously didn’t listen. After his move to the rotation he posted a 1.93 ERA that was backed up by a 2.96 FIP. He just started pumping strikes and never stopped and a 4.00 K/BB.

He’s not going to get a lot of strikeouts (6.0 K/9 as a starter) and the wins may be limited if his usage remains the same. He is, though, a very nice seventh starter you can use if you’re going starter heavy. If your league allows daily roster moves then he could be a very real weapon adding more quality innings than the middle relievers others might be taking at that point in the draft.

No one will be calling you a genius for roster Rasmussen, but he could be an important part of a low-investment pitching staff. Grab him in the reserves and you won’t be disappointed.

More Pitching Values in the back end of your draft.

All these pitchers have ADPs putting them in the 15th round or later in 12-team drafts.