If you’ve ever purchased a scratcher ticket at your local convenience store, you know the odds of hitting on a cheap lottery ticket are pretty slim. But what if I told you the tickets were free and you still could keep the money if you won? Sound like a good deal? That’s kinda how I fell about these seven players. Their ADPs and ownership levels are so low it’s almost like they are FREE. Each of these guys is being taken late in drafts or may be sitting on waivers in your league for one reason or another. They each have their flaws, which in this case may provide a significant advantage to your team. If history repeats itself as it has in years past, we will have several impact players well beyond the top-200 ADP that will provide top-100 or better overall value. Will you have any of them on your team this year?

Glasnow has seen a noticeable increase in his fastball velocity tracking all the way back to April of last year. At the beginning of 2017, his four-seam would sit around 94 miles per hour on average. Toward the end of the year, he was tracking closer to 97 mph, and now his first pitch of the spring was triple digits. Command has always been a bug-a-boo for the young righty, but with increased velocity, he’s seen a significant reduction in walks throughout Spring Training. Throwing strikes can be just as much mental as it is physical for starters breaking into the big leagues. Just ask Archie Bradley. Like Glasnow, Bradley had significant control issues before seeing an uptick in his fastball velocity. Before 2017, walked waked 4.5 batters per nine. After his fastball jumped from 93.3 MPH to 96.4, Bradley became a different pitcher, more aggressive, reducing his walks to just 2.6 per nine innings and turning in a breakout 2018 season. Glasnow has seen a similar improvement to his control this spring. He has given up just five walks in his 16 innings pitched (2.8 BB/9) to go along with his insane 25 strikeouts (14.1 K/9). He’ll begin the season in the bullpen, but he should get another shot at the rotation soon enough. And when that happens, there’s loads of strikeout potential here.

Much attention has been given to Ronald Acuna for his production this spring, and rightly so. However, Scott Kingery has quietly been crushing the ball for a while now. Kingery may be more of a doubles hitter at this point in his young career, but the Phillies clearly believe in him, locking him down long-term with options that could lead all the way into the 2025 Season. Kingery has the fouth most plate appearances this spring among MLB.com’s top-100 prospect list, and his spring OPS sits at 1.248. For those keeping track at home, Acuna’s monster spring has him at a 1.246 OPS. It’s not just his strong spring that makes Kingery a solid option this season. Kingery had one of the best seasons in all of the minors last year. In fact, he was the only one on MLB.com’s top-100 prospect to hit at least 25 home runs and steal 25 bases. His ADP is on the rise now that he’s locked up a big league roster spot, but there’s still profit to be had here.

Villar was awful last season. He slashed just .241/.293/.372 but still somehow managed to steal 23 bases in 122 games played. He struggled offensively, to say the least, but now he is only one year removed from a combined 82 HR+SB season. Last year, Billy Hamilton had the highest combined HR+SB total in the league with 63. Sixty-three! Villar will have to produce early on this season to ensure playing time, but the recency bias in his case may have driven his cost way too low, creating an incredible buying opportunity. Look at the comparison chart below, comparing Villar and Whit Merrifield over their last ~950 plate appearances. Merrifield has produced more recently, but Villar has better overall numbers in a pretty recent sample. 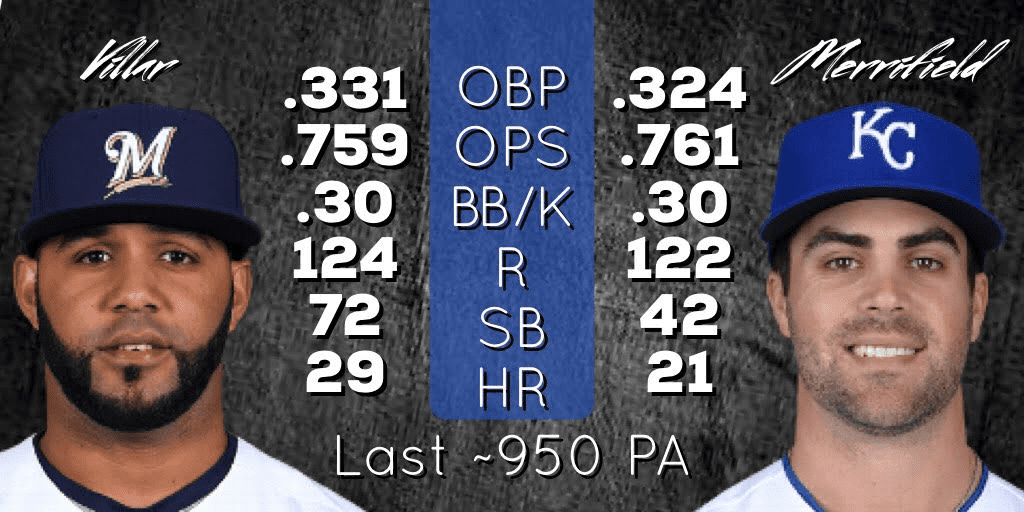 There is only one direction Lucroy can travel from his 2017 season. Literally up. Not only was Lucroy’s production down last year, but his fly ball rate was also a career low. His extreme groundball tendency led to a terrible trend in his production. Prior to last season, Lucroy had never had a below league average wOBA. In correlation, last year was the first time of his career where he hit more than 50% of his batted balls on the ground. Kind of a weird approach for a slow-footed catcher with a little bit of pop. Lucroy isn’t a huge power threat, but again, his approach capped his power, and he saw a sizeable decrease in exit velocity from 2016 to 2017 (87.6 mph to 85.1 mph). Oakland is a great destination for Lucroy to foster a swing adjustment and possibly rebound from an atrocious 2017. The Athletics are a franchise that has really bought into some fly ball gains for players like Yonder Alsonso and Jed Lowrie, and don’t forget about the season Matt Olson had in 2017. 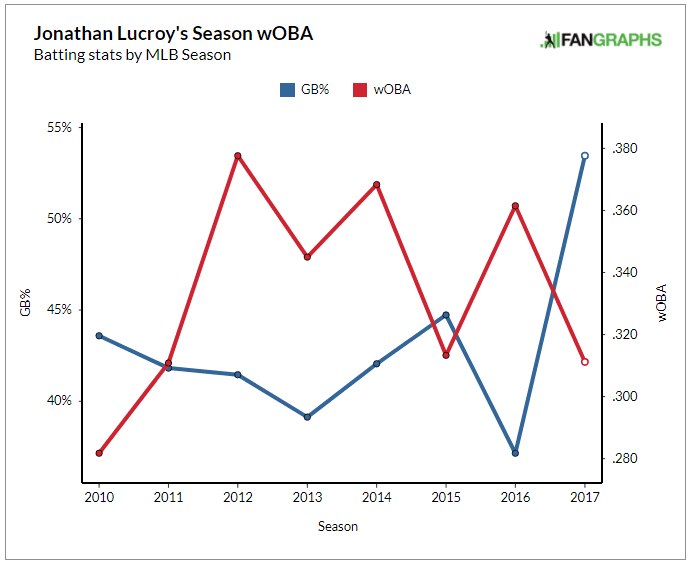 With what looks like a path to somewhat regular playing time in Colorado this season, Ryan McMahon could turn some heads in a hurry this year. McMahon is the Rockies’ No. 2 prospect heading into the 2018 season and is projected to get most of the playing time at first base and hit somewhere in the tail end of the lineup. In Triple-A Albuquerque last year, he tore the cover off the ball in his 70 games with the Isotopes, slashing an impressive .374/.411/.612 with 46 runs scored and 56 RBI.

The hate on Hanley has clearly gone too far. He is outside the top-250 in ADP only a year removed from hitting 30 home runs with 111 RBI. Hitting has never been the issue for Ramirez, and if he can break free from the nagging injuries that held him back last year, his value should quickly return. Hitting third in that Boston offense behind Mookie Betts and Andrew Benintendi and ahead of J.D. Martinez and Rafael Devers will be a tremendous opportunity for his counting stats.

If you close one eye and take a few steps back, Jose Martinez looks a lot like Andrew Benintendi. Okay, that’s a lie, but down the stretch last season, Martinez had some strikingly similar skills and swing tendencies to the former top prospect. 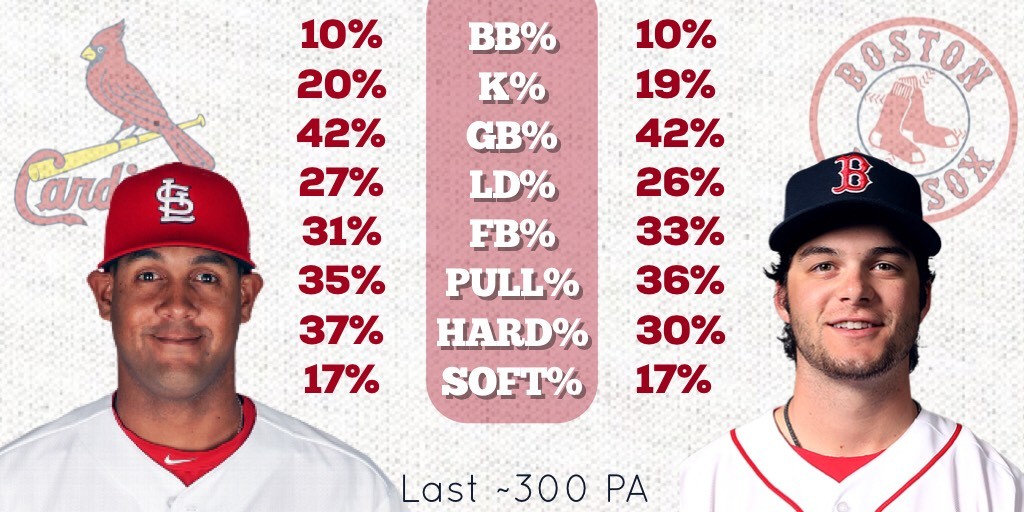