5 Potential Pitching Busts Who Will Be Overdrafted in 2019 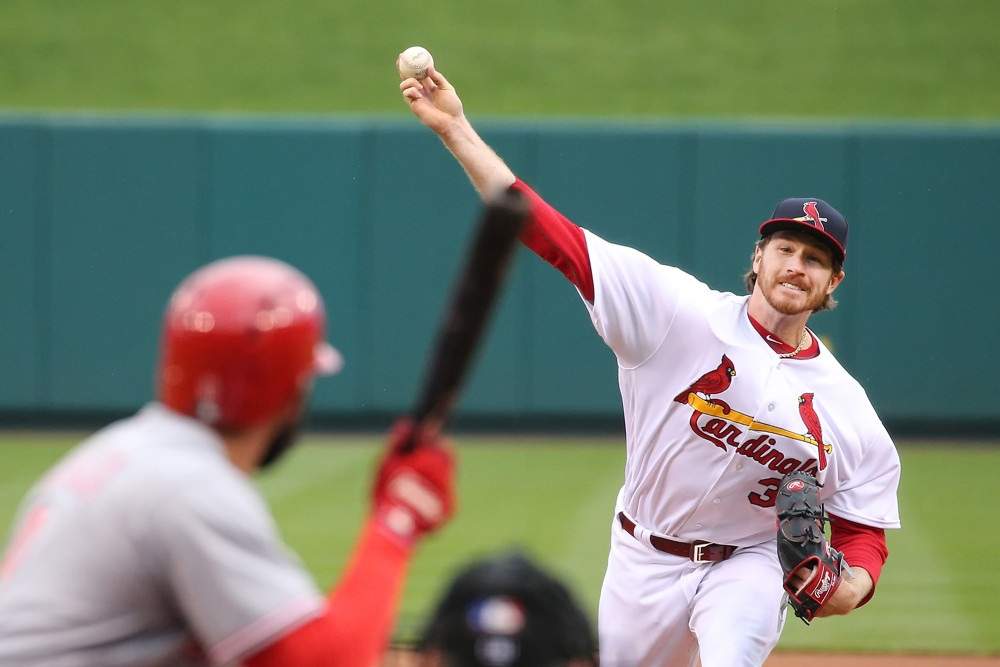 Pitching is volatile. There’s no getting around it. Some of it has to do with health. We all hear about Tommy John surgery and rotator cuff issues, but even small injuries not related with the arm or shoulder can affect a pitcher’s performance. Sometimes a pitcher breaks out because of a new or improved pitch. Conversely, pitchers can struggle when they lose command of a certain pitch or hitters adjust to it. Then, of course, some of the volatility among starting pitchers could simply be due to sample size. After all, even the healthiest of pitchers only takes the hill 32 times a year. A bad outing on a windy day at Wrigley or a trip through Colorado can do damage that skews the end of season numbers more than you think. Today we’ll try to cut through the variability of pitching and identify five potential pitching busts that won’t earn their keep in 2019 fantasy baseball.

There are countless ways to evaluate pitchers. We have numbers to quantify the physical qualities of a pitcher. Pitch velocity, spin rate, and vertical/horizontal movement do just that. They can be of great use in seeing why a pitcher is succeeding or failing. One problem though; they look at what has already happened. Yeah, we may see those changes and have an idea a pitcher could carry it forward, but by their nature, they still mostly tell us about past performance.

In fantasy baseball, we’re worried about what will happen. We need to know how a pitcher is likely to perform going forward. That’s where Defensive Independent Pitching Stats (DIPS) come in. DIPS attempt to evaluate pitchers by taking things they can’t control out of the equation. FIP, xFIP, and SIERA are all derived from this revolutionary thinking. I’m not going to bore you with the history (Baseball Prospectus does it better anyway) or pretend I understand the intricate details of how each is computed. Each of these metrics has its pros and cons, but over time SIERA has proven to be the most accurate in predicting future performance.

Fortunately for us, SIERA is expressed on the same scale as ERA. It is an ERA predictor after all. So for a quick picture of how a pitcher’s ERA matches up with their true performance (or what SIERA says it is) I simply took the ERA of every qualified starting pitcher of 2018 and subtracted their SIERA. A positive number meant they theoretically should have better numbers, while a negative number meant they may have been on the fortunate side. That was my starting point and seven of the pitchers with the largest negative numbers are in the table below.

Now before all you Miles Mikolas fans get your speedos in a bind, realize I use the term bust on a relative basis. Maybe you prefer the term overrated? Mikolas and really any of the other pitchers on this list could have perfectly decent seasons and offer some level of fantasy value. In fact, a few of the other names in the bottom 10 of SIERA minus ERA were Blake Snell, Aaron Nola, and Jacob deGrom. Indeed they may not repeat last year’s numbers either, but they are still elite and going to be among the top tier of pitchers being drafted. My inclusion of the five pitchers I eventually put on this pitching busts list just means I think they won’t live up to the expectations and draft investment it will take to roster them. Since it’s Mikolas I think that will ruffle the most feathers, let’s start with him.

Two things jump out when you look at Mikolas. He doesn’t strike out many batters and he walks almost no one. His elite command does give him a nice buffer and means his floor is relatively high. The lack of strikeouts though, means he has to have a sub-3.00 ERA in order to be much more than a No. 4 fantasy starter. If his ERA approaches the high 3.00’s as his SIERA suggests then his WHIP is likely to rise correspondingly and you’re pretty much paying for wins. Don’t get me wrong, I like Mikolas as a pitcher, just not as much as a fantasy pitcher. I’d have no problem rostering him, but he seems to be the darling of many an analyst. I’d prefer the reward of strikeout upside if I have to assume the risk of a league average ERA.

There are two reasons I will not be rostering Kyle Freeland in 2019. One is, like Mikolas, he offers little in the way of strikeouts. His 7.70 K/9 is borderline respectable, but does it offset the dangers of Coors Field? The other reason I’ll be avoiding him is… Coors Field. I’ve heard people say it’s just lazy to write pitchers off because they play half their games in Colorado. Lazy it may be, but who’s the last Rockies starting pitcher to post consecutive years of significant fantasy value? Has there even been one? If there has please let me know in the comments, because one does not come to mind.

Freeland’s 82.8 LOB% is also another red flag, and likely a reason his SIERA is 4.35. Like Mikolas, Freeland is a good pitcher. Unlike Mikolas his floor could be pretty low because of his home park. If I’m going to take the risk of a Rockies pitcher it’s going to be German Marquez, who had an equally good year (and a 3.31 SIERA) or Jon Gray whose 5.12 ERA is grossly above a solid 3.68 SIERA. Marquez and Gray at least offer strikeouts if Coors Field has its way everywhere else.

Foltynewicz stands out on this list as the one pitcher who put up serious strikeout numbers in 2018. He’s also got the pedigree that suggested a breakout like this could happen. SIERA also generally favors high strikeout pitchers because their production is not as BABIP reliant as pitchers who allow more balls in play. So it’s likely that at least some of the breakout was real. The question is how much. His .251 BABIP allowed is much lower than any season he’s put up in his Major League or minor league career. He also allowed just a 9.6% HR/FB rate. While not extreme it is considerably lower than his 11.7 career rate. It’s hard to nitpick too much more on Foltynewicz. The breakout was a real thing, it was just exaggerated by some rate stats that are likely unsustainable. If he’s viewed as a No. 3 or 4 fantasy starter, he’s a perfectly acceptable selection. I think a lot of people are viewing him as an ace on the rise though, when it’s very likely his surface stats will fall back a bit.

Of the pitchers on this list, Lester probably draws the widest range of opinions. When Eric Cross, Nathan Dokken, and I did our early 2019 starting pitching rankings, I was a bit shocked to see Lester all the way down at 48. I thought I was down on him at 41. So if your league is full of serious fantasy baseball owners, Lester may drop to an acceptable slot in drafts. In many more casual leagues though Lester’s name is going to have him going before a lot of more deserving pitchers. So why are the sharks so down on Lester? I mean he did win 18 games with a 3.32 ERA. That’s not too shabby.

The problems start when you look at the shrinking K/9 of 7.38 and a walk rate that crept over 3.00 for the first time in seven years. His 25.8 LD% is more than 3 percentage points higher than any other season. He was getting knocked around! His struggles were masked by an 80.3 LOB%, the second-highest of his career. Put these trends together with a pitcher who will be 35 years old when the 2019 season begins and the 4.57 SIERA starts to make sense. Lester will still win his share of games, but it’s likely we’re seeing the transition from No. 2 fantasy starter to more of an innings eater. Innings eaters are not a good thing in fantasy baseball.

Lopez shares a lot of traits with Foltynowicz. Both come with a pretty highly regarded prospect pedigree. Both have pretty electric stuff. And both had breakout seasons at a point in their careers where it might logically be expected. The main difference is that Lopez has thus far been unable to translate that electric stuff into strikeouts. Lopez also has the highest walk rate of the group, had a higher LOB% and lower BABIP than his career averages, and plays on the worst team. His 3.91 ERA last year makes it seem like he took a step forward. In reality, the metrics are all over the place and he’s not much different than the pitcher who put up a 4.72 ERA in 2017. Again the lack of strikeouts and wins means he’s going to hurt a lot of fantasy owners who view him as a pitcher on the rise.  For me, Lopez is not even a consideration in mixed leagues. Too much risk and not enough reward.

In looking back at this list I realize many people will get hung up on the term pitching busts. They view a bust as a player with absolutely no value. Don’t get hung up on the semantics. Understand the big message. These pitchers are very unlikely to match the numbers they put up in 2018. Don’t draft them for what they did. Draft them based on a realistic expectation of what they will do.