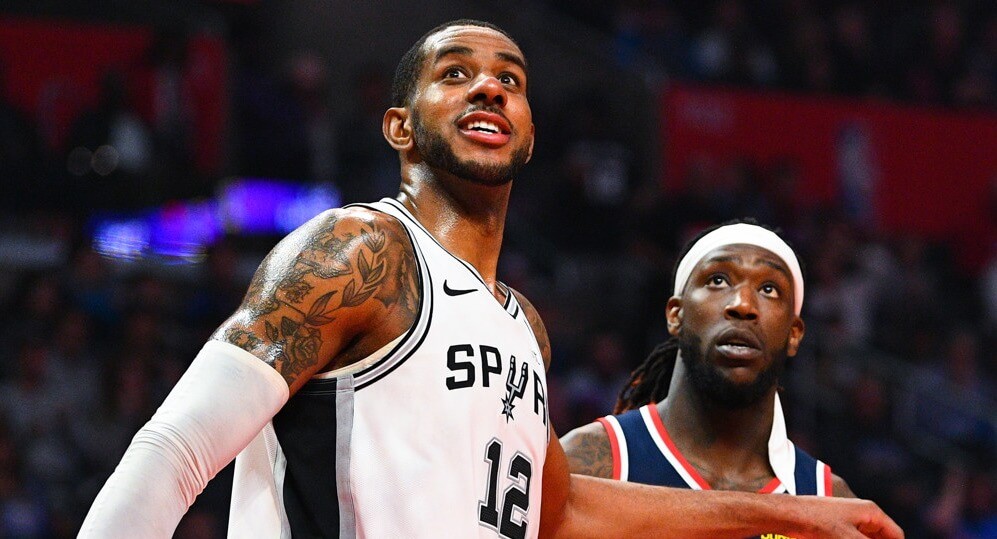 For some, you saw it coming… For others, you’ve been blindsided… Either way, a major drop in fantasy production from one of your players is a bitter pill to swallow. If any of the following five fantasy busts are or have been on your squad this season, chances are your patience is wearing thin.

From stud to dud. It’s harsh but it’s absolutely warranted. A top-20 asset just 12 months back, it’s now difficult to justify his place on a roster. There’s simply not even a faint sign of the juggernaut that was Whiteside in his only campaign as a Trailblazer. After 14 games as a King, he is going at less than a block per outing after averaging more than three times that last season. If you’re an owner that saw this coming and offloaded him prior to the season’s tip-off, herein lies your bragging rights. If you’re the one stuck with him, it might be time for you two to go your separate ways.

When you get a future Hall of Fame floor general into your line-up, there’s going to be a hit to your fantasy value – that much is unquestionable. But did people expect the Book to fall this far off the shelf? Booker’s inclusion on this list of fantasy busts may not age well, but, for now, owners can feel rightfully agitated with his production.

Down nearly three assists and 3.5 points per game from last year, Booker was drafted in the top 15 of most leagues this year but is currently returning value just inside the top 100. Having said this, there’s cause for optimism. After hitting just 14 of his first 20 attempts at the line this season, the career 87% free throw shooter is getting things back on track.

There’s a career-high steals rate going on at the moment too and his all-important points mill is beginning to churn. The sharks of leagues are undoubtedly nipping at Booker owners’ heels at the moment, looking for a bargain buy before his work inevitably improves. But if Booker is on your books, keep it that way. Be hurt by his slow start, but stick fat (an Australian term to implore loyalty, for those unaware!).

Beware the small sample size. If I were to draw up a Ten Commandments of Fantasy Basketball, that would undoubtedly be on it and this big Bosnian behemoth is a good example of why.

In his eight games across the 2019-20 season, Jusuf Nurkic was ridiculous. Just shy of 18 points per game on elite percentages, with over 10 boards, four assists, and defensive numbers that would make a grown man drool. No one would have raised a brow if Nurk’s name was read out within the top 25 of your draft. But, in keeping with the brow theme, if you were the one that picked him, yours would be furrowed.

Granted, he has been injured for the last three weeks and has only managed 12 games to date this season, but that output was, put simply, a shadow of his bubble bonanza. It will be nearing finals time when Nurkic is back playing with his full slather of minutes, so maybe owners will be relying on the big guy having an affinity with late-season production. If he’s on your roster and there’s a true believer in your league, hand him over.

From a former Trailblazer to a current one. Sadly, Covington’s form this year is no different from Whiteside’s. RoCo has always been a prudent add for an owner seeking a reliable steals source and, in fairness, the steals are still there at 1.6 per game – but it’s the lack of anything else! The 30-year-old simply isn’t getting a look-in in Portland’s offense, taking the fewest shots of his career since his rookie year. This is resulting in a miserable 7.2 points a game. He’s not quite droppable just yet, but his ADP of 60 is a frustratingly long way from the outside top 150 value currently being provided.

I know what you’re thinking! “The guy is 35, give him a break!” and you’re right… but so am I. It’s a tough time for those owners who grow a connection with these perennial stars before having to acknowledge the mortality of a guy like LaMarcus. Where points, rebounds, and blocks were once the hallmarks of the seven-time All-Star’s fantasy game, 14.1, 4.3, and 0.9 respectively simply aren’t numbers that are doing enough. Aldridge is still owned by 95% of Fantrax leagues, a reflection of the respect he has earned over the years. But a good, cut-throat owner will take out the emotion and cut his or her losses. Now.

Has one of these fantasy busts plagued your early season? For a little help in righting the ship, check out this week’s fantasy basketball waiver wire.