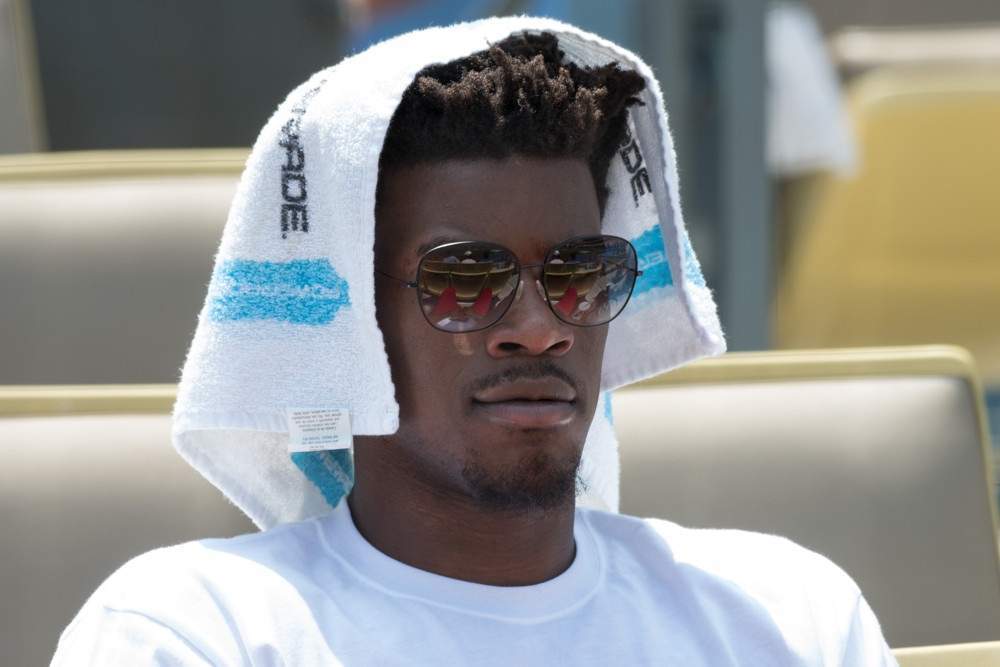 The 2020-21 NBA season is set to begin and if 2020 has taught us anything it is to expect the unexpected! No time to dwell on past performances. Are you healthy right now? Can you play in back-to-back sets? I want rocks like Dwayne Johnson on my fantasy basketball team. Now that’s a beast! Let’s avoid the brittle and fourth options and keep an eye on upside for this upcoming season. Here are a few potential fantasy basketball busts to avoid this year…

One guy I am definitely not drafting this year is Jimmy Butler. Butler being a part of the NBA finals joins just one of two teams to have the quickest off-season in history with a 10-week turnaround. The shortened offseason is not ideal for the 31-year-old, but I believe it was his playoff prowess that has vaulted Butler up the fantasy ranks this season. His 26.2 points per game in the NBA finals was super impressive but what about his 16.8 PPG mark in March? That just will not cut it for someone being drafted in the top 25. Tyler Herro and Duncan Robinson showed great progress in their rookie and sophomore seasons and are expected to take on greater roles this season. Miami is also a team projected for the post-season basketball so the DNP’s could add up down the stretch to get ready for another playoff run. Let someone else fall for the Butler playoff heroism and set your sights on someone younger with upside. Before I double down on this statement let me check his stats from his first pre-season game the other night. Oh that’s right, he didn’t play due to rest… Buyer beware.

Sticking with the DNP-rest theme, I’m straying away from the polarizing Kyrie Irving this season. This one is all about ADP. There’s no denying Irving is one of the game’s best when he’s ON but lately it’s been a lot more sidelines for the 9-year pro. Irving has failed to play over 68 games in 3-straight seasons and was limited to just 20 appearances last year due to a shoulder injury. The injuries combined with adding Kevin Durant, someone who commands a 30% plus usage rate which is only done by 12-15 players makes Irving a bust candidate for the 2020-21 season. End of the third round? Perhaps but a second-round pick is way too rich for me. Try Shai Gilgeous-Alexander instead who will be starring in the one-man show in OKC this year.

Another theme for this season. If you are not 100% healthy right now. I most likely do not want to draft you. Number two? If you are not a top 3 scoring option on your team, I most likely do not want to draft you. Two for Two? Remove from draft board.  Those are two big knocks going against Clint Capela this season and his ADP is hovering around the upper fifty mark. No thank you! The fact that he is not 100% healthy is super worrisome as he is unlikely to play in any back-to-back sets to start the season. The second, this is not your ordinary Atlanta Hawks. Trae Young is a superstar. John Collins is a star. The Hawks also have added depth and starting pieces to the roster including Danilo Gallinari, Bogdan Bogdanovic, and Rajon Rondo. This is becoming a stacked team and there’s just not enough ball to go around to make Clint Capela a top-50th pick in 2020-21.

There’s a lot to like about Mitchell Robinson’s game but the problem always seems to surface around the big man not receiving enough minutes. That seems like a trend that could continue this season. There’s a lot of similarity between Robinson and Thomas Bryant’s potential. One key difference…Robinson is being drafted inside the top 50 while Bryant isn’t going until picks 70-90. Talk around Knicks camp already has been how new Head Coach Tom Thibodeau has been pleasantly surprised about Nerlens Noel. Julius Randle is also one of the better players on the Knicks roster and add in rookie Obi Toppin from Dayton and suddenly it’s a crowded lineup in New York. If he slips into the 70-range, we could be okay but right now the price is…wrong!

Otto Porter Jr. has found himself on some sleeper lists this off-season but it’s something I cannot buy into and I am all aboard the baby bulls express for the 2020-21 season. Much like fantasy football, you can trust a WR3 in certain matchups but when you get to that fourth option range, you’re playing with fire and it is something to definitely avoid. Porter is more of a defensive presence for the bulls and his 11 points and 4 rebounds aren’t going to do much for your fantasy basketball squads with a dip in points on the way. This is the Zach LaVine, Coby White, and Lauri Markkanen show for Chicago this season and everyone else is likely to be vastly inconsistent. Stick with the upside players and stray away from the other guys.